Around 16 electric cars will launch in India during 2020-21 from the Mahindra eKUV100, Audi e-tron and Mercedes-Benz EQC to the Porsche Taycan and Nissan Leaf

While FY 2019-20 saw the auto sector in doldrums due to poor demand, 2020-21 is also not turning out to be encouraging for the automotive sector following the outbreak of the COVID-19 pandemic, there are some cars waiting in the sidelines ahead of launch. Among these upcoming launches are several electric cars set to make their way into Indian markets sometime during this financial year.

A number of these models were on display at the 2020 Auto Expo, with launch expected to follow in quick succession, however the coronavirus pandemic had put these launches on the back burner. Let us have a look at these upcoming electric cars that could be launched in India during the next 6 months of 2020 and early 2021.

Though showcased and launched at 2020 Auto Expo, deliveries of this electric car have not yet commenced and are scheduled for later this year. The Mahindra eKUV100 uses a 30 kW electric motor along with a lithium battery pack that delivers 54 hp power and 120 Nm torque. It offers a range of 140 km on a single charge and supports both AC and DC fast charging. With DC fast charging, the Mahindra eKUV100 can be charged upto 80 percent in a matter of 60 minutes. Where design elements are concerned, the Mahindra eKUV100 will be identical to its petrol powered counterpart with a few exclusive visual elements.

Unveiled at the 2020 Auto Expo in near-production format, this electric SUV is slated for launch sometime in mid 2021. It will be the first high voltage, high performance electric SUV from Mahindra and will be positioned on the Mahindra MESMA platform that supports electric powertrains. The eXUV300 will be fitted with a 40 kWh battery pack and 130 hp electric motor offering a range of around 300 km on a single charge. It will compete with the Tata Nexon EV once launched in India.

Showcased as a concept at the 2018 Auto Expo, the Mahindra Atom (Quadricycle) will be launched in the third quarter of 2020. The new Atom will rival the Bajaj Qute to target regular auto rickshaws and will be suitable for last mile connectivity requirements. However, the Bajaj Qute is only offered with only a petrol engine and no electric variant is being planned at least as on date.The company has revealed that the production spec model will be powered by a 48 kW powertrain and will be assembled at its Bengaluru plant. The Mahindra Atom will have power output of under 15 kW and a top speed limited to 70 kmph.

Not much is revealed about this upcoming electric vehicle which is being co-developed by Ford and Mahindra. The Aspire based electric sedan, Mahindra-Ford Aspire EV will sport an electric powertrain with the latest in terms of connectivity, battery and charging period. Mahindra-badged Ford Aspire electric will see launch sometime in early 2021 and is the first product to come out of the Mahindra Ford alliance wherein an MoU was signed in March 2018 to co-develop two new SUVs and a new electric vehicle for the Indian market. 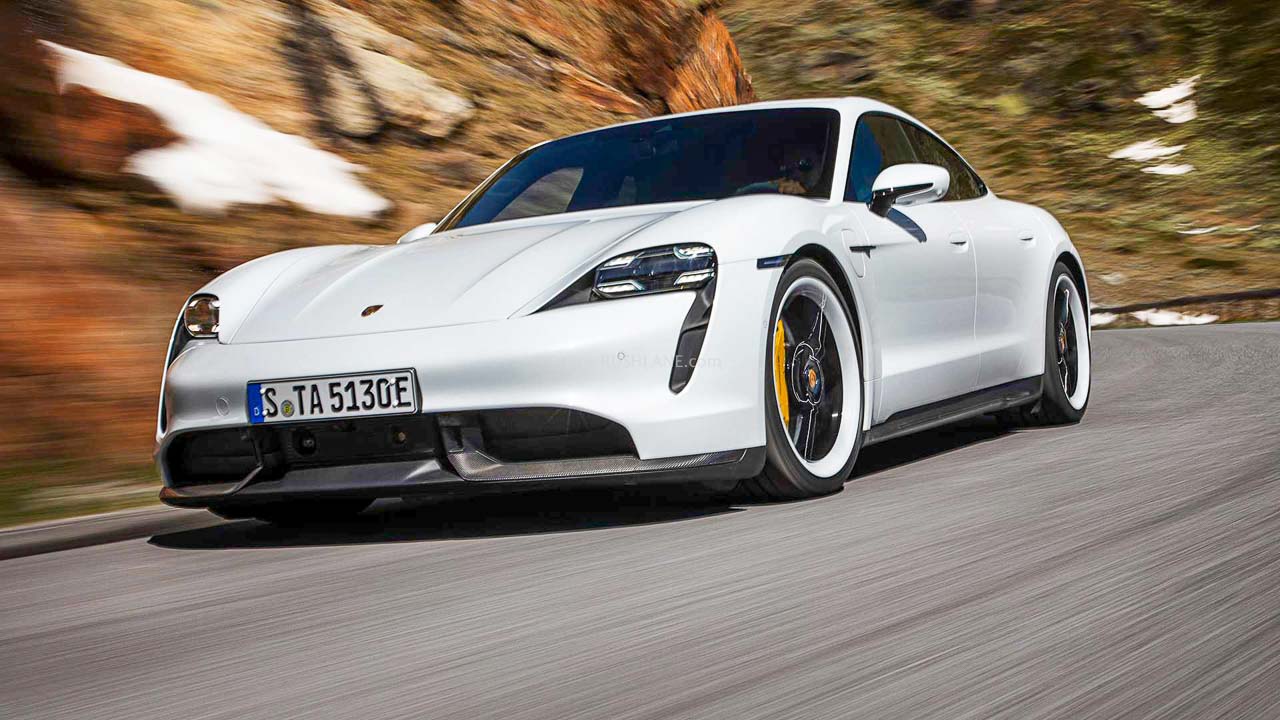 Porsche Taycan electric vehicle is expected to launch in India in late 2020. It was earlier showcased at the 2019 Frankfurt Motor Show and will come into India in the Turbo and Turbo S variants. This four door sports saloon sports a futuristic design and will sport a 93.4 kWh high-voltage Lithium-ion battery which will power two motors, producing a total of 614 hp power. The battery can be charged upto 80 percent in 22.5 minutes and offer a range of 100 km from a high power charging network in just over 5 minutes. The top spec Porsche Taycan Turbo S variant can accelerate from 0 to 100 kmph in 2.8 seconds and claim a top speed of 260 kmph. 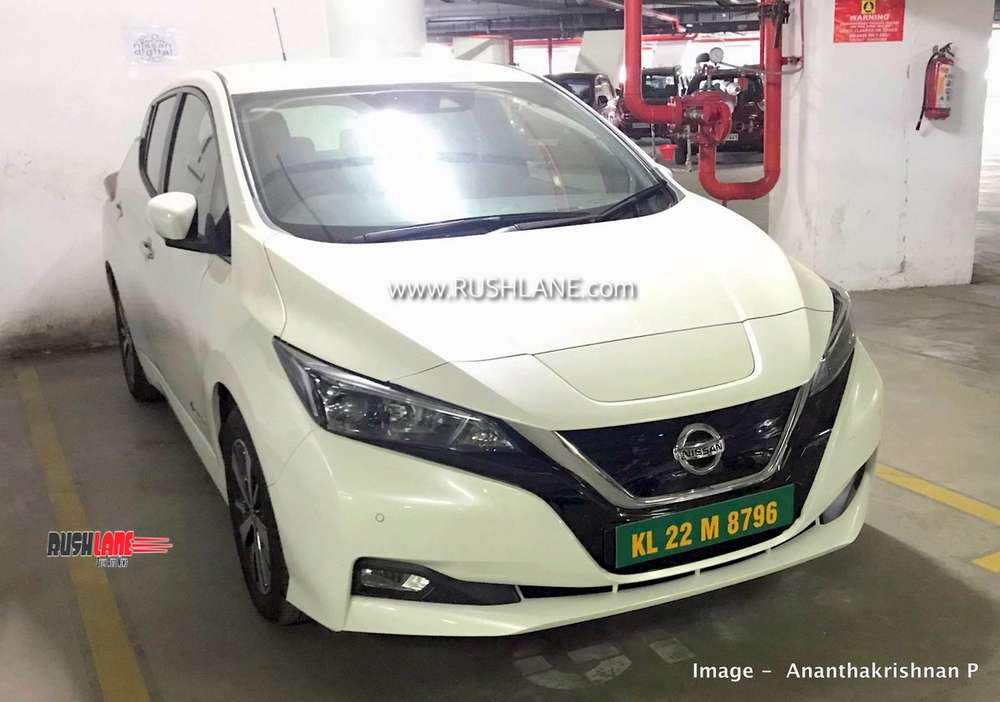 There have been speculations of the launch of the Leaf EV in India since 2018. However, it looks like launch date could approach sometime later this year or in early 2021. The Nissan Leaf EV will employ a 40 kWh e-powertrain offering 110 kW power and 320 Nm torque. Acceleration from 0 to 100 kmph will be achieved in 7.9 seconds. Charging time will be upto 80 percent via a 50 kW charger in 40-60 minutes while it can take upto 7.5 hours to 100 percent with a 7 kW charger. Top speed is pegged at 250 kmph. The Nissan Leaf, once launched in India will take on the MG ZS EV and the Hyundai Kona.

The launch of the Audi e-tron in India has also been delayed due to the COVID-19 pandemic. However, it is learnt that the company is planning to bring in this electric vehicle sometime later this year. The new Audi e-tron was unveiled last year and will come powered by two electric motors positioned on each axle. The 125 kW motor in the front and 140 kW motor at the rear will together offer 408 hp power and 664 Nm torque sending power to all four wheels. These engines will allow for acceleration from 0 to 100 kmph in 5.7 seconds and a top speed of 200 kmph along with a driving range of 436 km. Battery charging via a DC charger upto 80 percent capacity will be possible in 30 minutes. Via a regular home charger, it will take around 10 hours for a complete charge.

The Jaguar i-Pace, the first electric vehicle by Tata Motors’ owned Jaguar Land Rover, was showcased at the 2018 Geneva Motor Show. Currently on sale in several global markets, the new i-Pace electric SUV will come to India later this year. The Jaguar i-Pace is positioned on a new aluminum platform with two electric motors mounted in each axle. It uses a 90 kWh battery pack with 432 lithium ion cells mounted on the car floor, rated at 395 hp and 696 Nm. This allows the i-Pace to accelerate from 0 to 100 kmph in 4.5 seconds. The 90 kWh battery pack can be charged upto 80 percent in 45 minutes using a 100 kW rapid charger and via a 7 kW AC wall charger in a matter of 10 hours.

The production spec Maruti WagonR electric is coming to India sometime in early 2021 and not anytime before as the company cites poor charging infrastructure and high battery costs for this delay. The WagonR EV has been recently spied testing under complete camouflage. Though covered from view, it is learnt that the WagonR electric will be based on the third generation WagonR hatchback launched in India in January 2019 and will be similar in style and stance. No engine specifications have been announced as on date but the hatchback is slated to come in with both standard and fast charging capabilities. The standard charging will be accomplished in 7 hours while fast charging upto 80 percent will be done in a matter of 60 minutes. The WagonR EV is slated to have a range of 150-180 km.

Last year, the electric version of Altroz EV was revealed at Geneva Motor Show and this premium electric hatchback is now poised for launch sometime in 2021. Based on the Altroz hatchback, the Altroz EV will be positioned on the ALFA – Agile Light Flexible Advanced Architecture and will get Ziptron powertrain that also powers the Nexon EV. Altroz EV, spotted on test on Indian roads, will come in with a battery pack with around 30 kWh capacity to offer a range of about 300 km on a single charge. The engine is mated to a single speed gearbox and the IP rated battery pack with lithium cells are dust and water proof. Charging upto 80 percent via a fast DC charger is achieved in 60 minutes.

Currently going by the name Tata HBX, the production version of this micro SUV is slated to be called the Tata Hornbill. Set for launch later this year, the Tata Hornbill will be the most affordable SUV in the company lineup. It will be positioned below the Nexon EV and Altroz EV and will be seen with Ziptron technology with a high capacity Lithium-ion battery and permanent magnet AC motor. Though battery power figures are not yet revealed, the Hornbill could offer a driving range of 300+ km with options of fast and regular charging via home based ports.

Set to be the company’s first electric offering in India, the Kwid Electric made its India debut at the 2020 Auto Expo. It is based on a CMF-A platform and uses a 26.8 kWh lithium ion battery pack and a 44 PS electric motor. Acceleration from 0 to 100 kmph is achieved in 10.8 seconds while top speed is pegged at 105 kmph. The electric range could stand at 271 km while charging will be via a 6.6 kWh AC power socket which would take upto 4 hours or upto 80 percent charge via a fast DC charger in an hour.

Also scheduled to come to Indian markets to compete in the electric vehicle space is the Kia Soul EV. It will be offered in four driving modes of Eco, Eco+, Comfort and Sport and will come in with a 64 kW battery with an electric motor that offers 204 hp power and 395 Nm torque. Acceleration from 0 to 100 kmph will be achieved in 7.6 seconds while top speed is rated at 170 kmph. The battery pack can be charged upto 100 percent in 9.5 hours via an AC charger and in a hour by a DC charger.

Mercedes Benz EQC was showcased at the 2020 Auto Expo as the automaker wanted to introduce Indian buyers to the EQ brand prior to its launch in the country. To come in via the CBU route, the Mercedes EQC will be priced around Rs.1.4 crores. It will get its power via two asynchronous electric motors positioned on each axle giving it an all wheel drive capabilities. The 80 kWh lithium ion battery pack will offer 408 hp power and 760 Nm torque. Charging time is upto 80 percent via a DC charger offering a range of 445-471 km.

It was last year that the Swedish luxury automaker had revealed the XC40 Recharge as the brand’s first all electric model. It is based on the XC40 and uses dual electric motor set up, one on each axle along with a 78 kWh lithium ion battery pack. The combined output stands at 402 hp power and 659 Nm torque offering a range above the 400 km mark and acceleration from 0 to 100 kmph in 4.9 seconds to a top speed of 180 kmph. The battery can be charged upto 80 percent in 40 minutes via a fast charger or via a home charger in a matter of 6 hours.

Haval Concept H Electric SUV was showcased at the 2020 Auto Expo earlier this year and is slated for launch in India sometime in 2021. It will be among a range of electric vehicles being planned by the company under the Haval and GWM EV brand. No engine specifications are revealed as on date but it would receive blue accents on its front bumper and wheels displaying its electric capabilities. The GWM range also included other Haval SUVs such as the F7 mid sized SUV and a full size H9 premium SUV.

Bird Electric EV1 is a product of Haima Automobiles of China and Bird Electric. This is their first electric model set for launch in India which will come in priced at around INR 10 lakh. It will be produced at the company plant in Manesar and offered in two variants offering a range of 200 km and 300 km respectively. Engine and battery specs get detailed and include a 20.42 kWh or a 28.5 kWh battery offering 30 kW power and 95 Nm or 150 Nm torque depending on variant. The battery pack will be charged upto 100 percent in 9-11 hours while top speed is pegged at 120 kmph.