In what has been a tragic loss of life, livelihood and trade, it’s now that estimates of loss are trickling in. About 17,500 cars across Kerala are estimated to have been impacted across 350 dealerships. These are old car dealerships as well as new car dealerships.

And that’s just cars in showrooms and dealers stockyards. Insurance claims have now started pouring in for private vehicles that were submerged in flood water which rose 6-8 feet in certain parts.

Current estimates point to a washout of a possible inventory of a whopping Rs 1,000 crore in stock as most dealerships shut shop for a period of 1 week or more. In the heaviest downpour in a century, the coastal state has been left ravaged and maximising relief efforts. In its aftermath, the raging waters have left at least 445 dead, and thousands at rescue centres.

For the South of India region, Kerala is the largest of 6 markets, and accounts for about 27 percent in sales at a sales volume of 245,000 in a quarter. As in the case of recent Chennai floods in 2015, the episode demonstrated a course of progression for affected cars. There’s rather little scope of doing much with cars that are submerged in flood water for long periods of time. Some are salvaged in part through lot auctions, and most reduced to scrap to be auctioned. 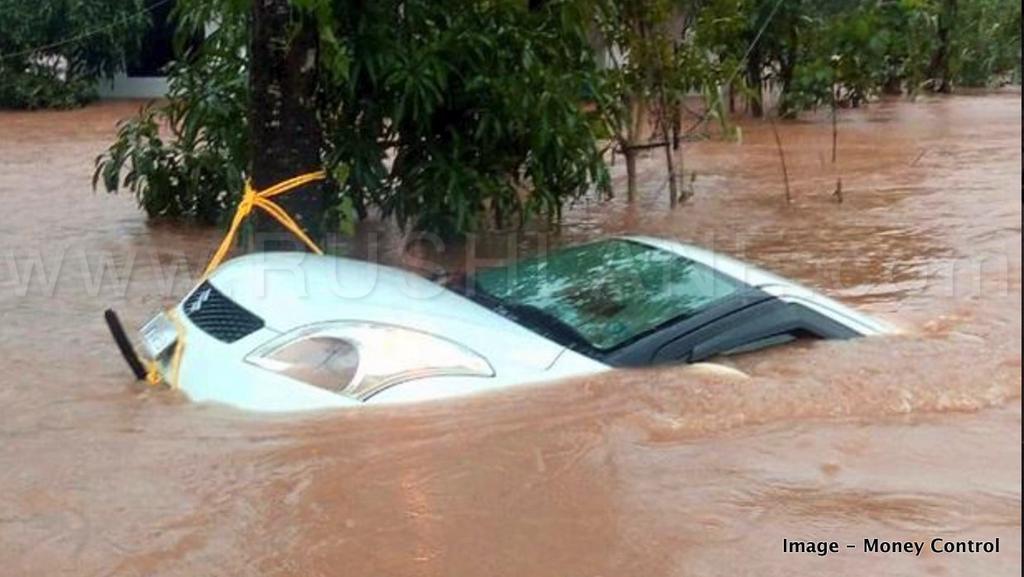 Burden of loss impacts dealers greatly as inventory in stockyards is fully paid for to manufacturers. Given the gravity of the situation, manufacturers may work out plans to help dealers get by, restock, and start business gain having borne huge losses through a compensation plan.

Across vehicles segments – Trucks, buses, motorcycles, scooters, mopeds, tractors, and others, losses are compounded and enormous. Kerala is home to about 700 dealers representing auto brands.

In fact with Onam being a great festival period for dealers to do brisk business, dealerships had stocked well to meet anticipated demand. It is in fact, one of the highest selling periods n Kerala. Onam was celebrated on 26th August this year.