The first generation Maruti 800, also called as the SS80, is brought the joy of motoring to the Indian middle class. The iconic tiny hatchback, with its practicality and reliability, is undeniably one of the most significant automobiles in the history of India.

With production of Maruti 800 finally coming to halt in 2014, the little Maruti, especially the earlier generation version, has become collectible vintage. Here is a fine example of a 1984 Maruti 800 which has been tastefully restored.

Executed by New Delhi-based AGM Technologies, the hatchback features extensive modifications and embellishments but it manages to retain its original cheerful and humble character. For starters, the glossy red paint job renders the 800 a sporty appeal while the projector headlamps, LED DRLs and taillights add a touch of modernity.

While the original car sat on 12-inch steel wheels, the restored example comes shod with 13-inch black alloy wheels. The faux cabon-fiber body-kit on the bumpers and side skirts are unmissable but there are not too flashy or in-the-face. A custom grille with Suzuki badge rounds off what is a sweet looking exterior.

The carbon-fiber treatment has been carried forward to the interior as well. The basic dashboard design has been retained but lot of enhancements have been made including addition of AC, music system, a stand-alone tacho dial and an amber-lit instrument console. The steering wheel comes off from the old Alto. The seats are upholstered in leather and so is the roof-liner. The boot is accessible via the opening rear windshield. 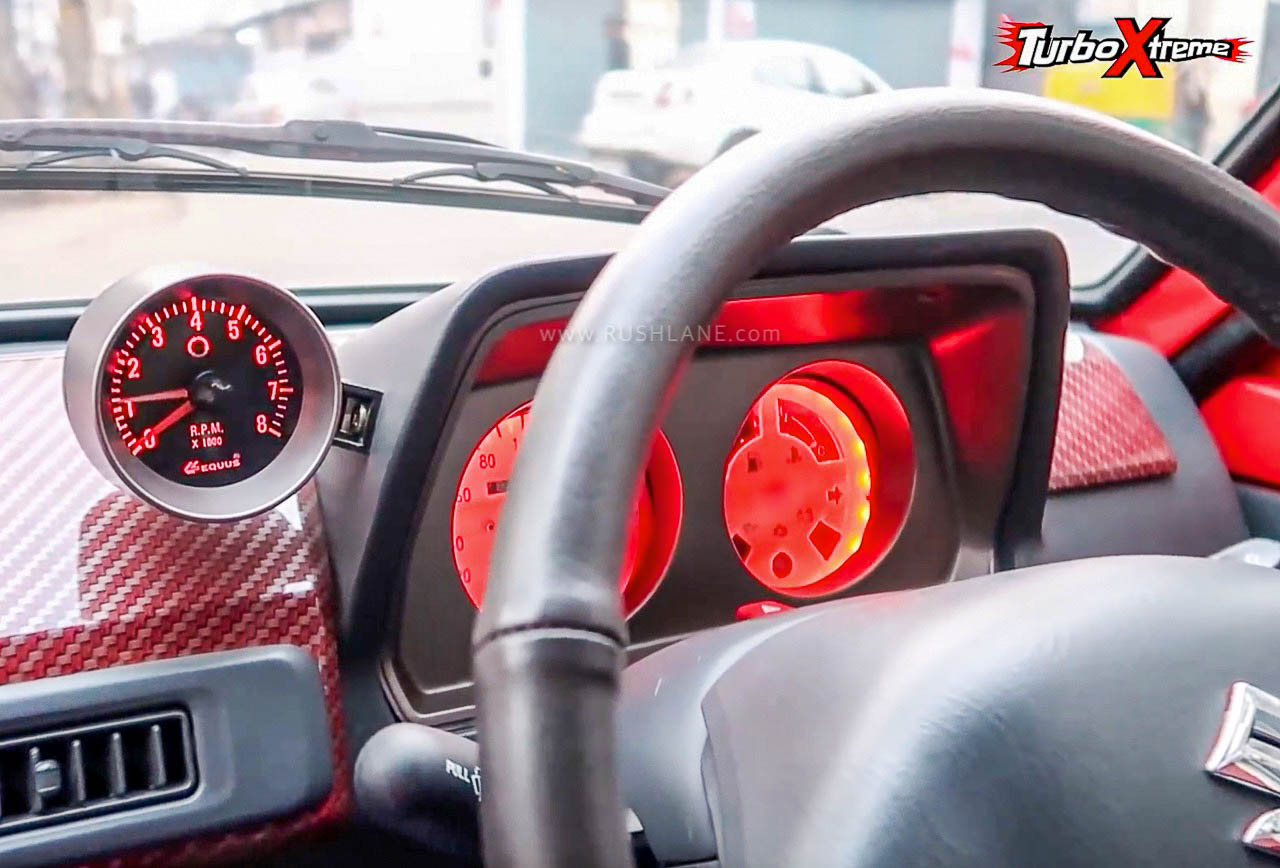 This is not merely a cosmetic restoration but a comprehensive mechanical one as well. While the original SS80’s in-line three-cylinder 796 cc engine has been retained, the modifiers has replaced the stock car’s carburetor in favour of an MPFI system which featured in later versions of the iconic runabout. The power output figures are not revealed but the MPFI version of the stock car dishes out 45 hp as against carbureted version’s 35 hp.

Other noteworthy modifications include front disc brakes and reverse parking sensors. The whole restoration exercise is reported to cost around INR 6 lakh which is very steep, especially when you compare it with the original car’s retail price of around INR 52,500 (on-road, Delhi) back in 1984! However, given the admiration the 800 enjoys among Indian audience, we think this restoration exercise is well worth the dough. Below is the detailed image gallery, credit to Youtube channel Turbo Xtreme.