2,000 cops deployed in Chennai after 60 bikers performed stunts in front of Police headquarters

A flash bike stunt was performed opposite the Police HQ located at Chennai’s Kamarajar Salai and RK Salai. 60 youngsters, all of whom were under the age of 18, astride 30 motorcycles performed these dangerous stunts.

Even as the cops on night duty set up zig zag barricades, the youngsters managed to perform the stunts. Three of these youngsters were caught but the others escaped by entering the side streets of Mylapore and Mandaveli. This is the second such flash mob of motorcyclists performing stunts in a week, with the first such performance reported on Tuesday night. 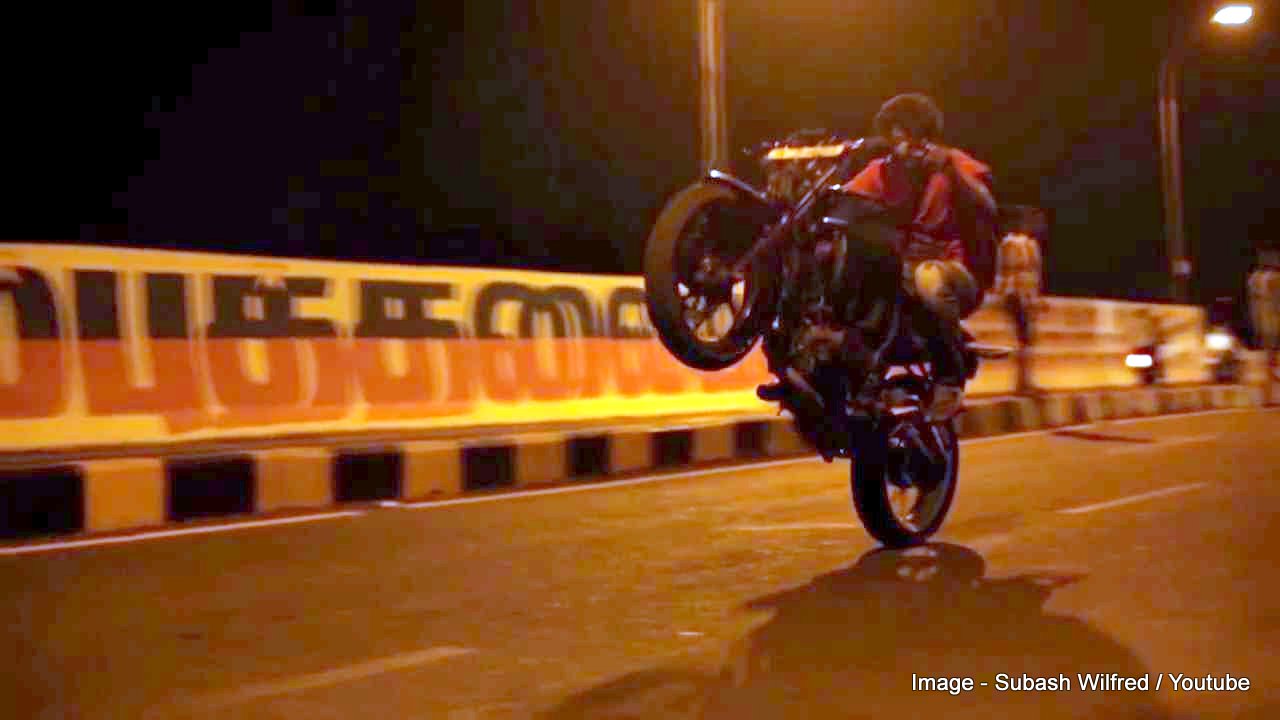 In this case, even as the cops were forewarned the bikers performed stunts near the Chief Minister’s residence at Greenways Road. 6 of the youngsters were nabbed but then a bigger crowd returned on Thursday. They were reported to be driving dangerously putting not only themselves at risk but also endangering the lives of the others on the road. The youngsters sped towards the Light House and even though the police gave chase and placed barricades on the road to slow them down, they managed to catch only a few.

The three youngsters caught, have been booked by the Abhiramapuram Police. They are all juveniles and have no documents for the vehicles they drove. The five adults who owned the vehicles have also been identified as Mohammed Subbiyan (19) Salman (23) Kaleel Basha (20) Kareem (19) and Mujeeb Rahman (21). The bikes appear to have been modified to perform such stunts and suitable action will be taken against them.

In order to stop this menace, Chennai has deployed 2,000 cops on night duty. Their sole job is to look for bikers who are causing trouble to the peace of the society. A total of 42 bikes have been seized on the first night itself. Parents of all under-age bikers have been called and made to write statement in the police station that their respective kids will not race / ride anymore. 8 hidden cameras (with ANPR – automatic number plate reader) have been installed at roads where racing is a norm.

Even as youngsters want to have some fun on motorcycles, certain points should be kept in mind. Firstly no adult should hand over a bike to an adolescent. Proper license and bike papers should be maintained and last but by no means the least, these stunts, if at all resorted to, should be in isolated areas where there is neither traffic nor pedestrians. Proper safety gear and other safety precautions should be taken into account so as not to endanger any lives.