2018 Ford Figo Aspire, set for launch in India on October 4th, will come in with a new design and premium features. Expect prices to also be marginally higher than its current counterpart. Changes to the rear will include a revamped bumper while it will sit on new alloy wheels. Interiors also see some changes with a host of new comfort and safety features. The cabin will sport a black and beige color scheme and while the dashboard design remains unchanged, there will be a new floating touchscreen infotainment system.

The new Figo Aspire facelift will be powered by a new 1.2 liter, 3 cylinder petrol engine from the Dragon series of engines. This engine is also seen powering the Freestyle, offering 96 PS power and 120 Nm torque mated to a 5 speed manual transmission. The 1.5 liter, 4 cylinder turbocharged diesel engine offers 100 PS power and 215 Nm torque. Reports also suggest that Ford will be offering the new Aspire facelift with a CNG variant for the first time, possibly to cater to the fleet taxi market. 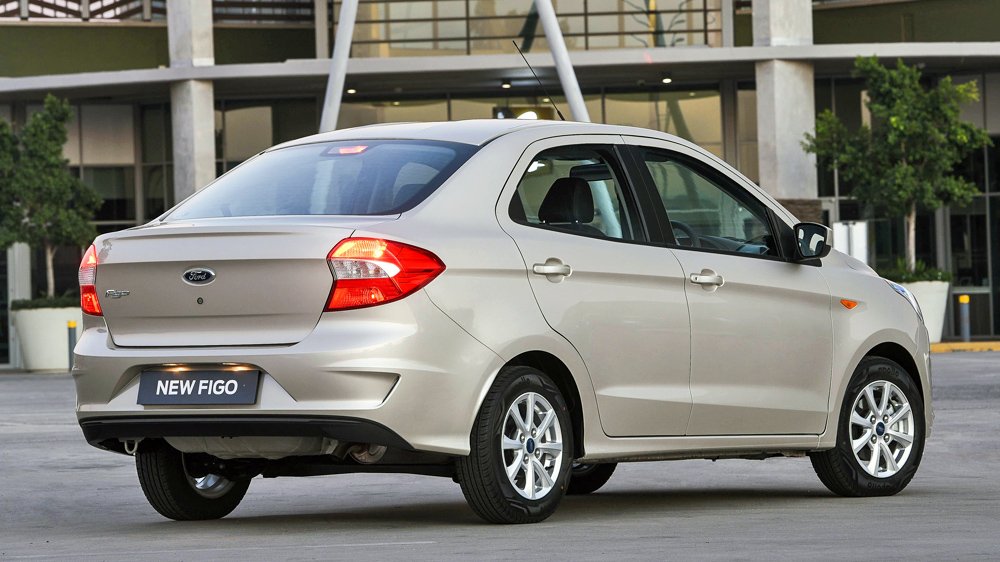 Launching in the compact sedan space, the 2018 Ford Aspire Facelift will compete with the Maruti Dzire, Hyundai Xcent and the new Honda Amaze. Ensuring competitive pricing, to take on this competition, the new Aspire facelift could be priced between Rs 5.5-8.5 lakhs.

With the launch of new Figo Aspire nearing, company dealers are offering heavy discounts or exchange bonuses across all variants of the current Aspire throughout the month of September. These discount schemes were not only on the Ford Aspire but also on the Figo with the new Figo facelift also poised for launch.

With these new launches this year, Ford India could be hoping for increased sales. The company is currently on a cost cutting mode as pre Times of India report. No new hirings, increments have been stopped, moved to a smaller office etc – All due to decline in sales in domestic market, says the report.