Exteriors will boast of larger headlamp, a new front grille with chrome surrounds in the front and a refreshed bumper design at the rear in a two tone color scheme. The rear also gets blackened inserts and a thick strip of chrome across its boot lid. 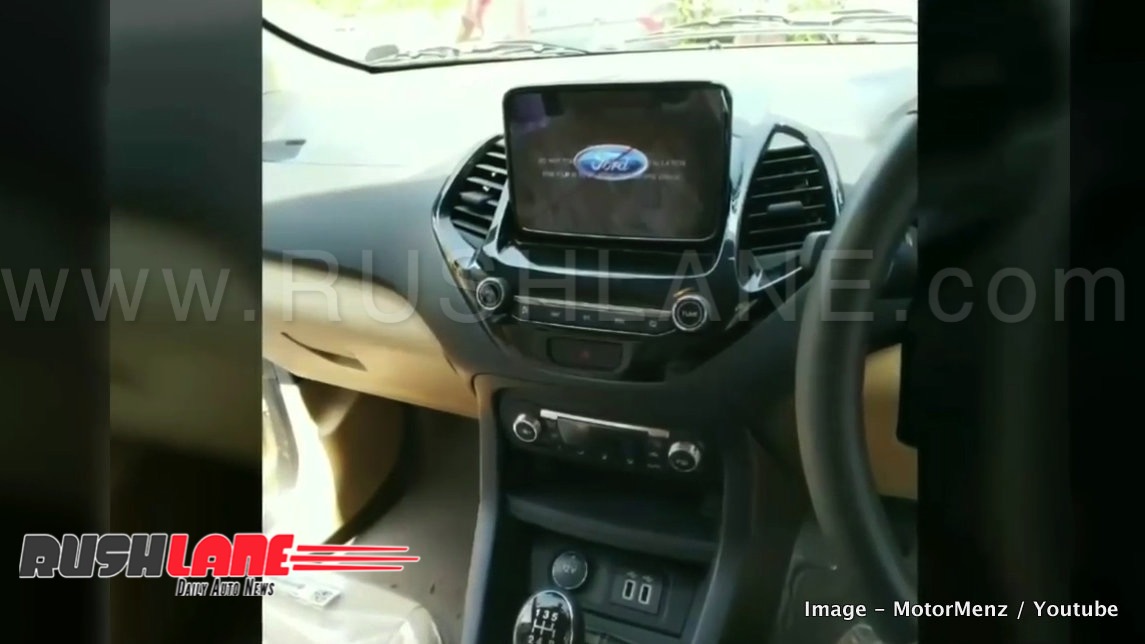 Interiors also receive some updates with a new dashboard design, 6.5” touchscreen infotainment system with Ford Sync 3 tech and Apple CarPlay and Android Auto. Seating will also be more comfortable. This will allow Ford to rival the top two cars in the segment – Maruti Dzire and Honda Amaze.

Powertrain options on the new Ford Figo Aspire sedan will include 1.2 liter 3 cylinder petrol engine from the Dragon family. The 1.2 liter petrol will offer 96 PS power and 120 Nm torque while the 1.5 liter, 4 cylinder engine will develop 99 hp power and 215 Nm torque. Both engines will get mated to a 5 speed manual gearbox. The petrol variant could also get an automatic option. Watch the detailed video below.

Ford is also actively testing the new Figo sedan for launch in India. 2018 Ford Figo will also get exterior and interior updates while engine specifications will include a 1.2 liter petrol engine offering 96 hp power and a 1.5 liter diesel engine capable of 100 hp power. Both engines get mated to 5 speed manual gearbox as standard along with the option of an torque converter automatic. It will rival the likes of new Maruti Swift.