The front has been re-profiled to include sleeker LED headlamps that now have three DRL strips in a unique pattern. Turn signals have been placed on the bumper and the front grille has been redesigned for a dominating appearance. The entire front section, comprising the front grille, air dam and bumper, carries a tough, brooding look, which complements the car’s power and muscular profile. 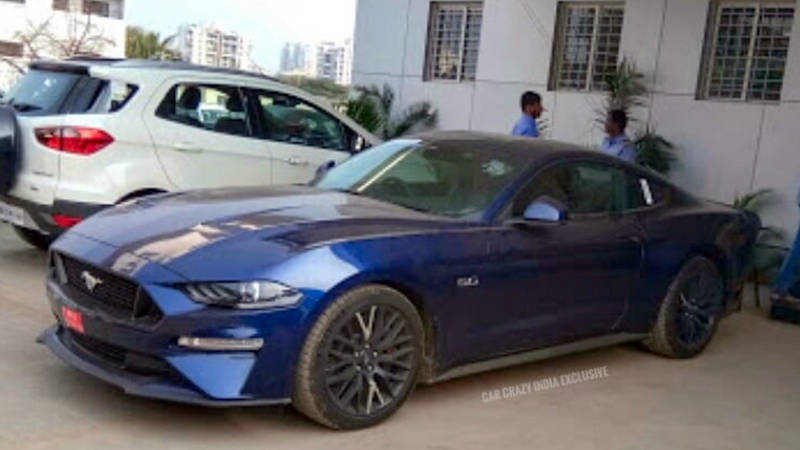 Design changes have also been introduced in taillights and rear bumpers. Alloys get a multi-spoke design makeover and new exterior body colour options may be made available to customers. On the inside, Ford Mustang facelift features a new 12-inch digital instrument cluster.

For power-hungry customers, the most interesting changes are under the hood. Facelifted Ford Mustang now delivers more power and torque and features a brand new transmission. Even though the engine will be the same as currently being used in Ford Mustang GT, it has been configured for a higher capacity of 5,038 cc. The existing 5.0-litre naturally aspirated V8 engine is rated 4,951 cc. The upgraded engine also comes with direct and port fuel injection. 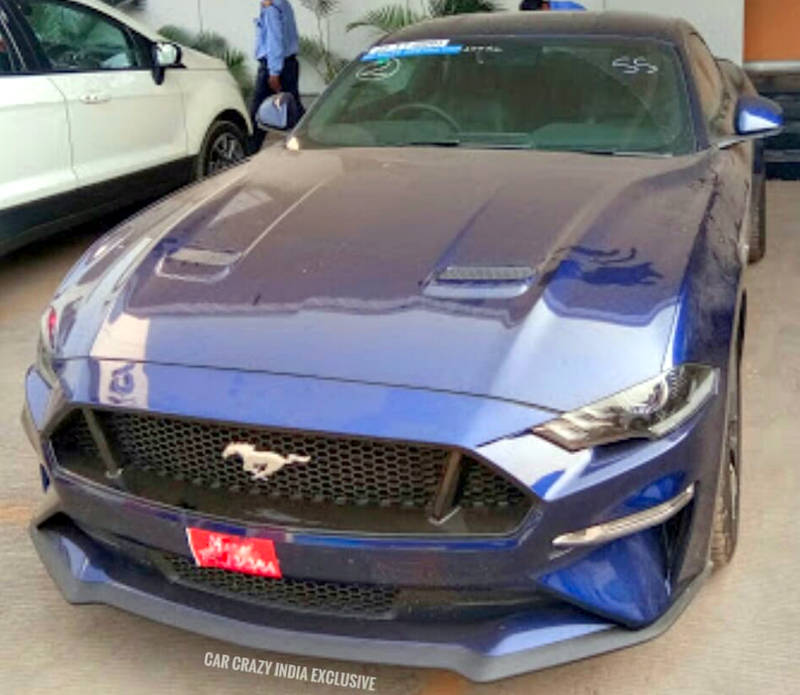 Facelifted Ford Mustang’s reconfigured V8 engine delivers max power of 454 Bhp and max torque of 569 Nm, which translates into an increase of 59 Bhp and 54 Nm. Transmission has been upgraded to an entirely new 10-speed automatic gearbox that is designed to power the rear wheels. Ford has claimed that facelifted Mustang has better acceleration than Porsche 911, as it can go from 0 to 60 miles per hour in less than 4 seconds.

Optional features in new Ford Mustang include magnetorheological dampers and a variable exhaust system. For customers who don’t want to disturb their neighbours while starting their car, the variable exhaust system can come handy, as it can be tuned to function in quite mode and other settings to reduce the overall noise of its powerful engine.

The car was spotted at an authorized Ford India dealer, where it has probably arrived for technician training. Launch of the new Ford Mustang could take place later this month, ahead of Diwali 2018. Expect a starting price of Rs 75 lakhs.