2018 Honda Jazz diesel review – Has it got enough to take on Maruti Baleno, Hyundai i20?

The Honda Jazz, one of the most loved product from the Japanese auto manufacturer had recently received a full-blown update in the international markets. The facelift brought in a new front and added some missing features in the car’s list. However, Honda didn’t do the same for the model on sale in India. Calling the 2018 Indian Honda Jazz a face-lift might actually be an overstretch of the term ‘face-lift’. It is more of an update like a special edition along with a variant rejig. 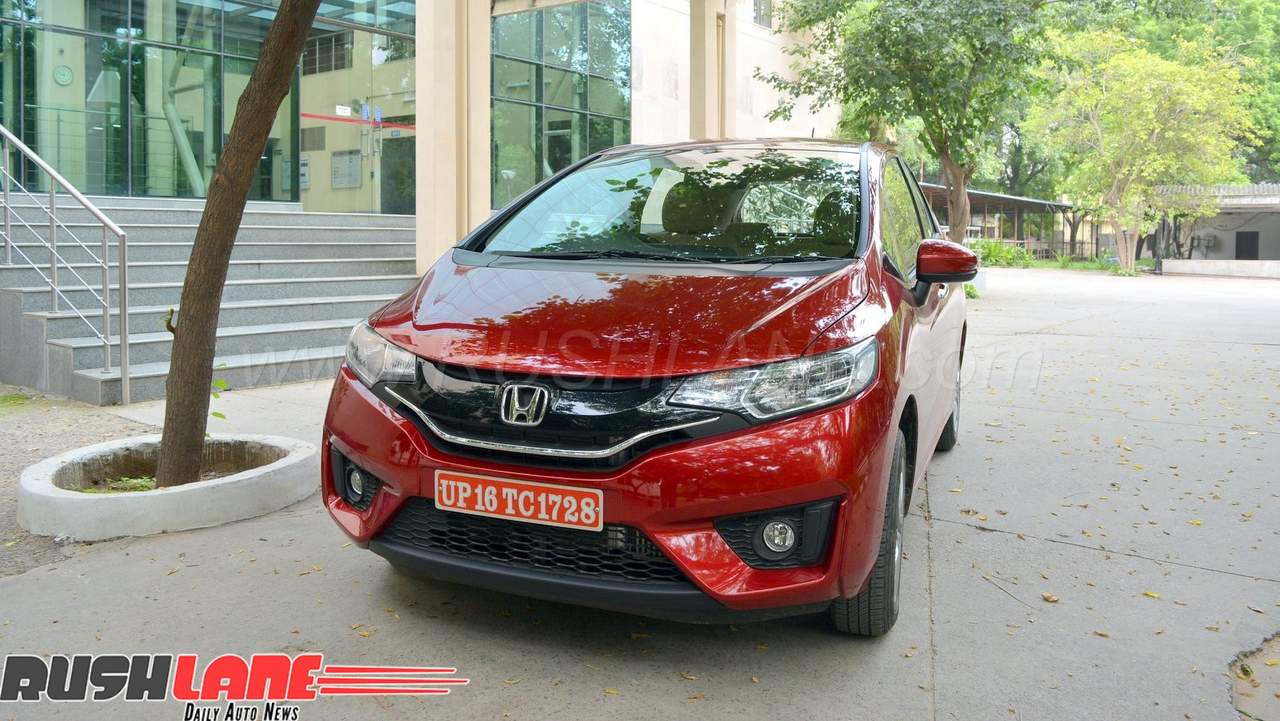 Exteriors – The 2018 Honda Jazz looks like the 2015 Honda Jazz. It is hard to differentiate the two, until and unless you look for the details, minutely. The front looks identical, the alloys remain the same, there is no change on the sheet-metal, however now the door handles come covered in chrome on the top trims. If you scan closely, you also see that there is an addition of passive key-less entry buttons on the door handles.

Come to the rear and you see some noticeable change. The tail lamps have been re-done and they now extend into the boot-lid. This is the only major noticeable change in the car from the outside and it is essentially what Honda’s marketing managers have planned to highlight in their latest TVC featuring a cat! Do check it out, it is fun to watch! As far as color options are concerned, there are 5 (reduction from the previous 7) on offer, namely the Radiant Red (in photos), Lunar Silver, White Orchid Pearl, Modern Steel and Golden Brown.

Interiors – Step-in and you will see more of an action in terms of updates. Features missing in the 2015 Jazz have finally made their way into the cabin, for example push-button start-stop, front-arm rest, cruise control, rear parking sensors and parking camera amongst others. Though most of the additions are a welcome move from Honda, we didn’t find the front-arm rest useful due to ergonomic issues, however it worked well as a cabin space to store toll tickets and keys.

There isn’t any structural change to the cabin otherwise. The car continues to have a beige themed upholstery and provides a roomy and airy feel to the cabin. Even though Honda has added some additional features, they have removed the option of Magic Seats from the Jazz, and that is a big let-down for all Jazz lovers. Magic Seats was one differentiating feature of the Jazz which had made it so popular amongst the customers. Not sure if it was a good PR exercise or real stories, but people have shared anecdotes as in how they used their Jazz as their make-shift home (in the US) for 1-2 years, saved enough to actually pay the down payment for their first homes! 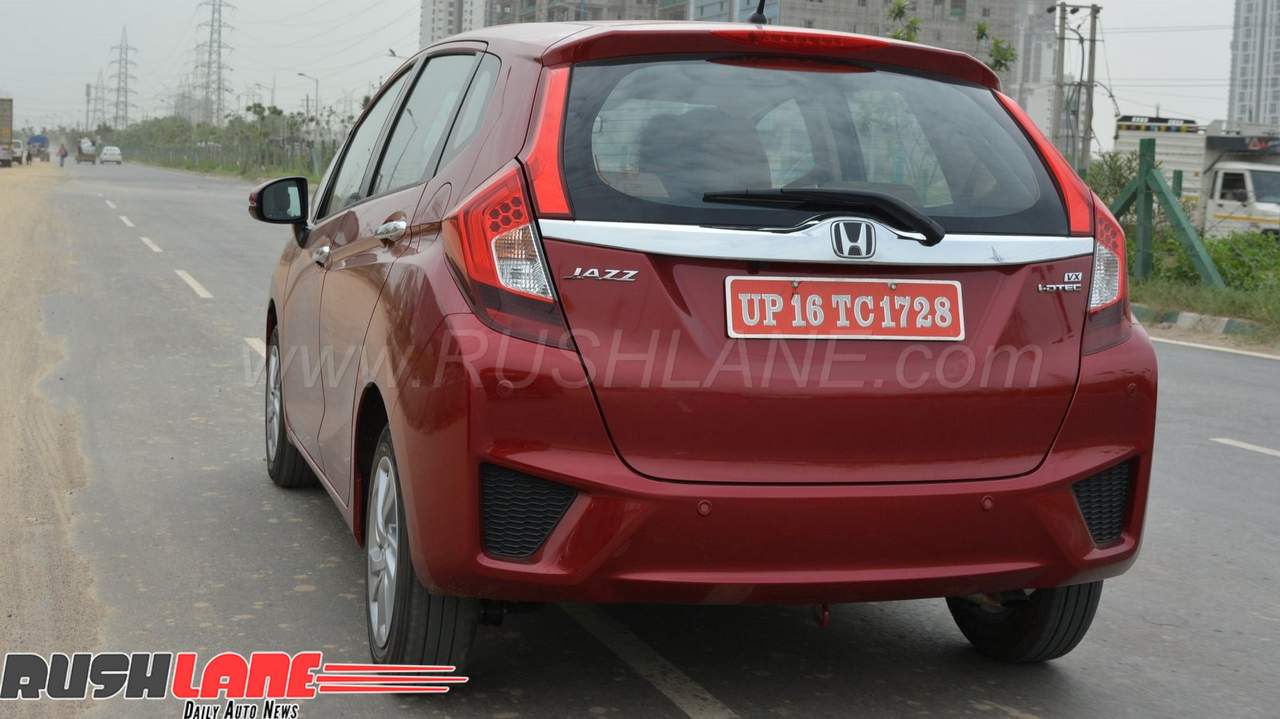 Driving Dynamics – Driving the diesel Jazz is a mixed experience, some moments which you can cherish and the others where the car lets you down. If you enjoy a spirited drive, you will need to really work the gear box, however the 6-speed gearbox is supportive and it isn’t an inconvenient experience to shift the gears. The engine takes its own sweet time till you rev it up to 1500-1800 RPM before you can exploit its full potential. However, once you hit the power-band, it doesn’t disappoint you. The engine redlines around 4,000 RPM and demands you for an up-shift regularly. Overtaking manoeuvres on the highways require you to downshift often to ensure that it doesn’t take you forever to cross that long lorry on your left. The clutch is on the heavier side and it might get a little difficult driving it in typical crawling traffic of the metros. NVH levels have reduced since the previous model however you get better noise insulation in competing models, especially the chatter from the diesel motor. Honda claims that the motor returns 27.3 km per litre though we managed a 17.1 kmpl in our drive which comprised of a mix of highway and city stretches.

Ride, Handling & Braking – Handling the Jazz, be it on the daily office commute or during the weekend get-away drive has always been a pleasurable experience. The steering is light and provides apt amount of feedback when you touch triple digit speeds. Turning radius is also comfortable for most turns which you would land up taking in your daily drive. The suspension setup is on the stiffer side however the car continues to provide a pleasant ride on most surfaces. Brakes perform well and give you confidence even during rains.

Variant Rejig – As a consumer, it has become easier for you to choose a Jazz which suits your budget. Earlier trims like the E and SV have been given a miss and now Honda has just 3 grades on offer, the S, V and the VX. If you are on the lookout for a petrol version, choices are even simpler as you have to choose just between the V and VX grades only, though both come in manual and automatic transmission (CVT) options. So, to sum it up, there are 7 variants on offer, 2 manual petrol (V & VX), 2 CVT petrol (V & VX) and 3 manual diesel options (S, V and VX). This also means that the entry level Jazz now competes with the middle level variants of the i20 Elite and Maruti Baleno. Overall, the move shall also help Honda reduce its internal inventory carrying costs and improve profit margins. 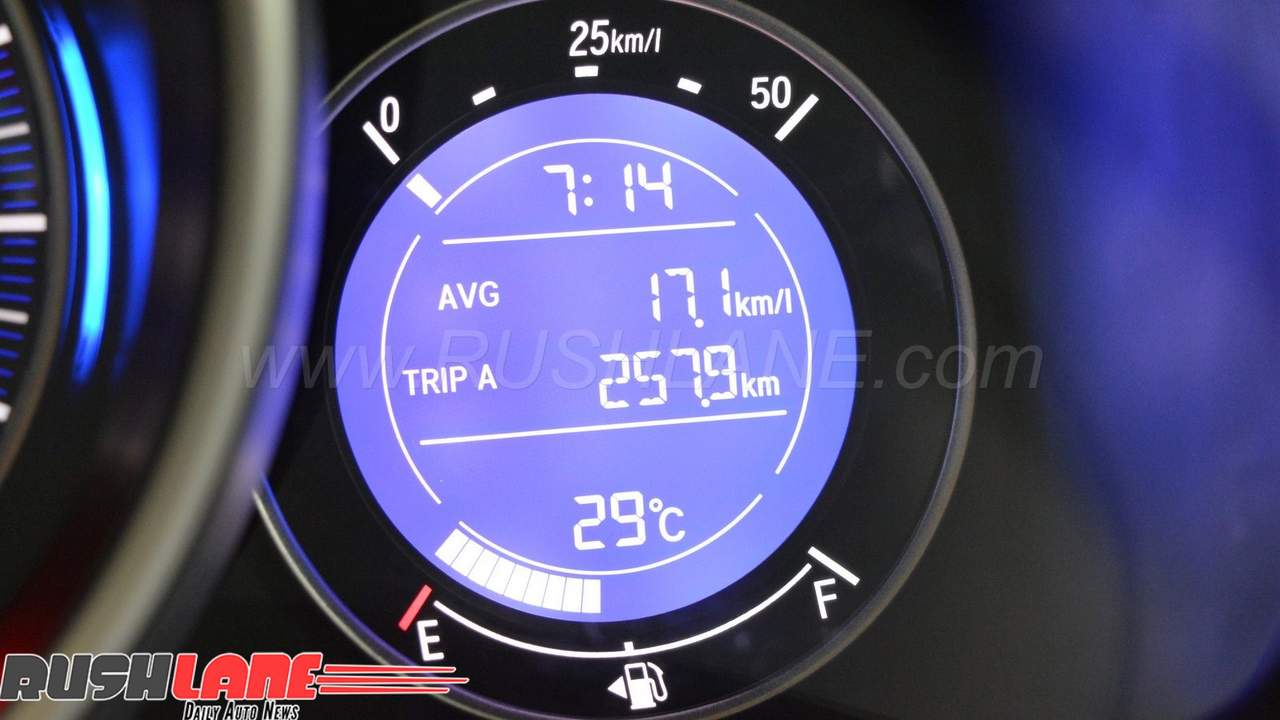 Verdict – Historically, the Jazz has been a good hot-hatch but always scored low on the value-for-money factor. Honda has tried to improve the Jazz on this front by adding some much-required features. However, there is so much more which is still missing. The top end diesel costs approximately Rs 11 lakhs on-road and still misses out on projector head-lamps, DRLs, rear-AC vents, ISOFix mounts and the list can continue.

Honda, known for its i-VTEC petrol motors has been consistently trying hard to make its mark in the diesel segment as well. Even though it has improved considerably from the i-DTEC which was launched in the 2014 Honda City, there is still a long way to go when it comes to refinement and NVH levels.
Should you buy one?

New Honda Jazz competes with the Hyundai i20 and Maruti Baleno. To sum it up, the 2018 Honda Jazz is a great car for you, if you don’t mind spending a little extra for a roomy premium hatchback.