2018 Hyundai Santro is being actively tested in India ahead of launch. Its recent sighting showed off its low cost CEAT tyres while another test mule spotted in Chennai, showed a distinctive shade of ‘Star Dust’. This ‘Star Dust’ exterior color paint is common to the Grand i10, Verna, Creta and Xcent in the company lineup.

Hyundai’s upcoming hatchback will be launched in India on October 23, 2018. It will follow the same tall boy stance as seen on the Maruti Suzuki WagonR. To be positioned below the Grand i10, expect price tag of the Hyundai Santro to be lower than that of Maruti WagonR, Tata Tiago. 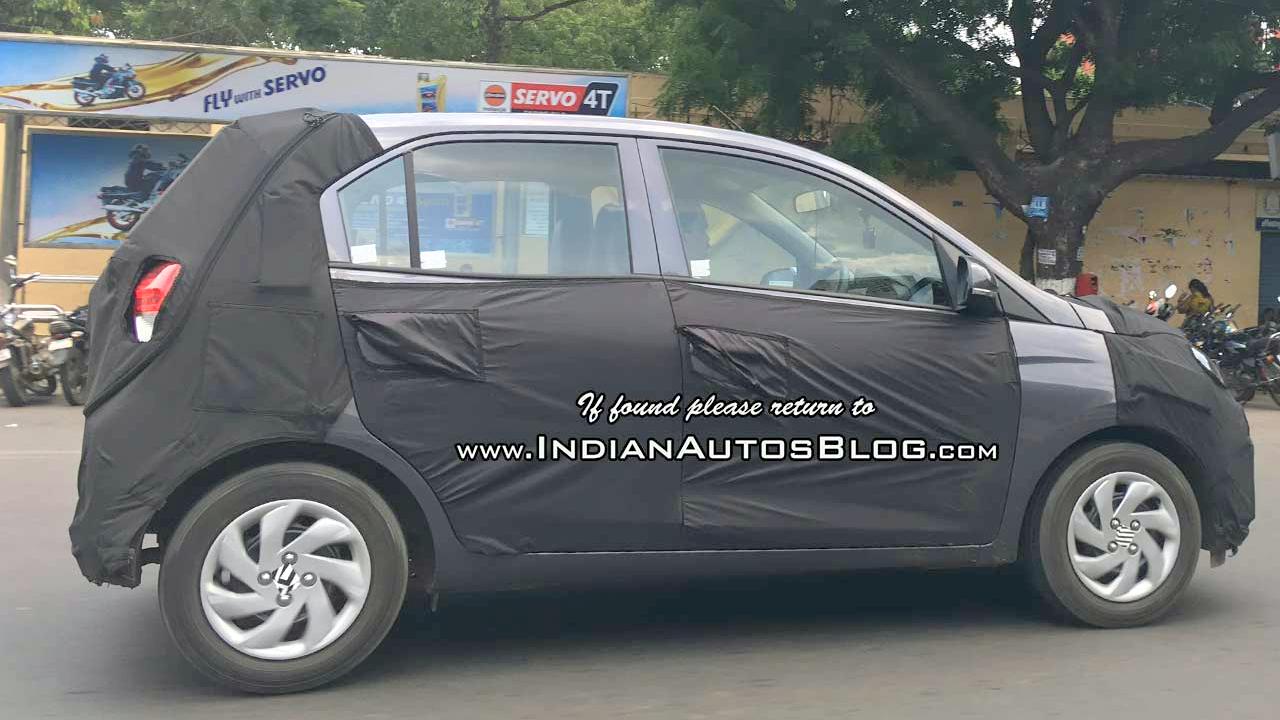 Hyundai Santro will be positioned on a new version of the i10 HA platform which is considerably safer as compared to the low cost PA platform seen on the Eon. Set to come in with a host of safety features such as dual airbags, driver and co-driver seat belt reminder, central locking system, speed alert, rear parking sensors and ABS, 2018 Hyundai Santro will also get a dash mounted gear lever while top of the line variants will receive a touchscreen infotainment system. 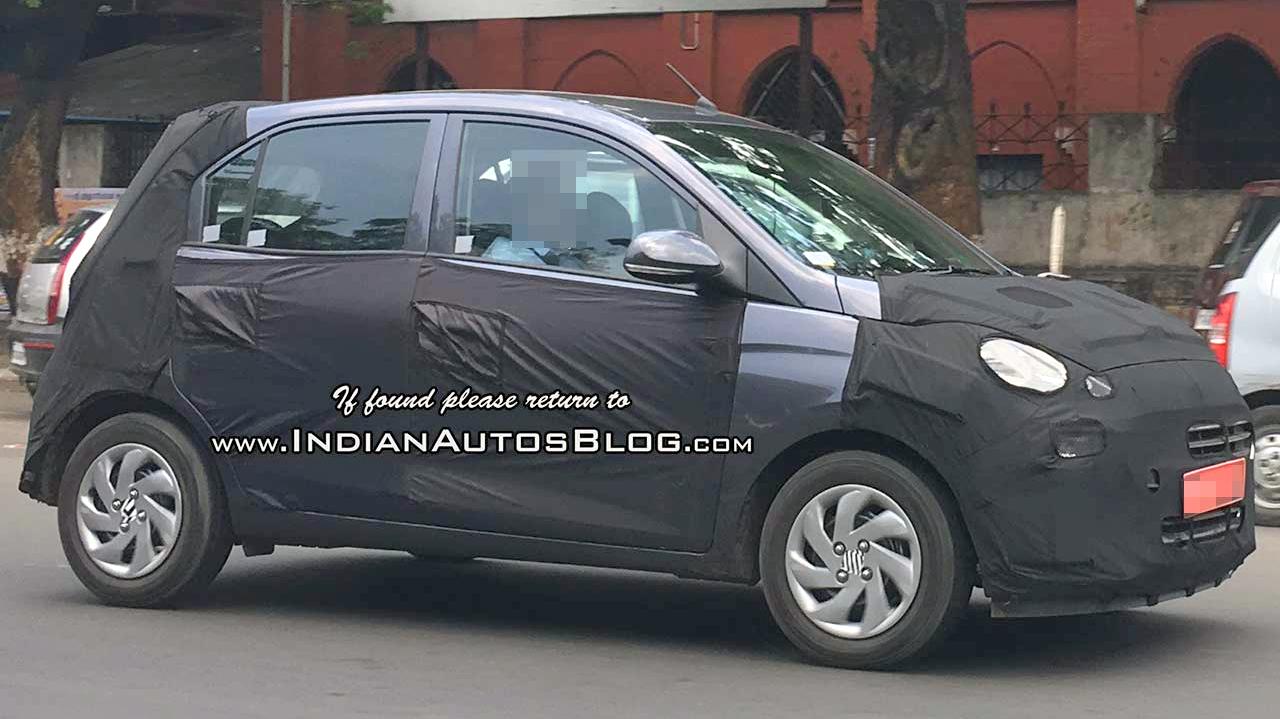 Engine specifications on the Hyundai Santro will include an updated BS VI compliant 1 liter, 4 cylinder petrol engine which was seen powering the earlier generation Hyundai i10. On the i10 it was capable of 68 bhp power and 99 Nm torque which could be tweaked for added power and torque on the Santro.

The engine will be mated to a 5 speed manual transmission as standard or AMT. This will also be the first time Hyundai launches a car with AMT. They are reportedly calling their AMT tech as Smart Auto.