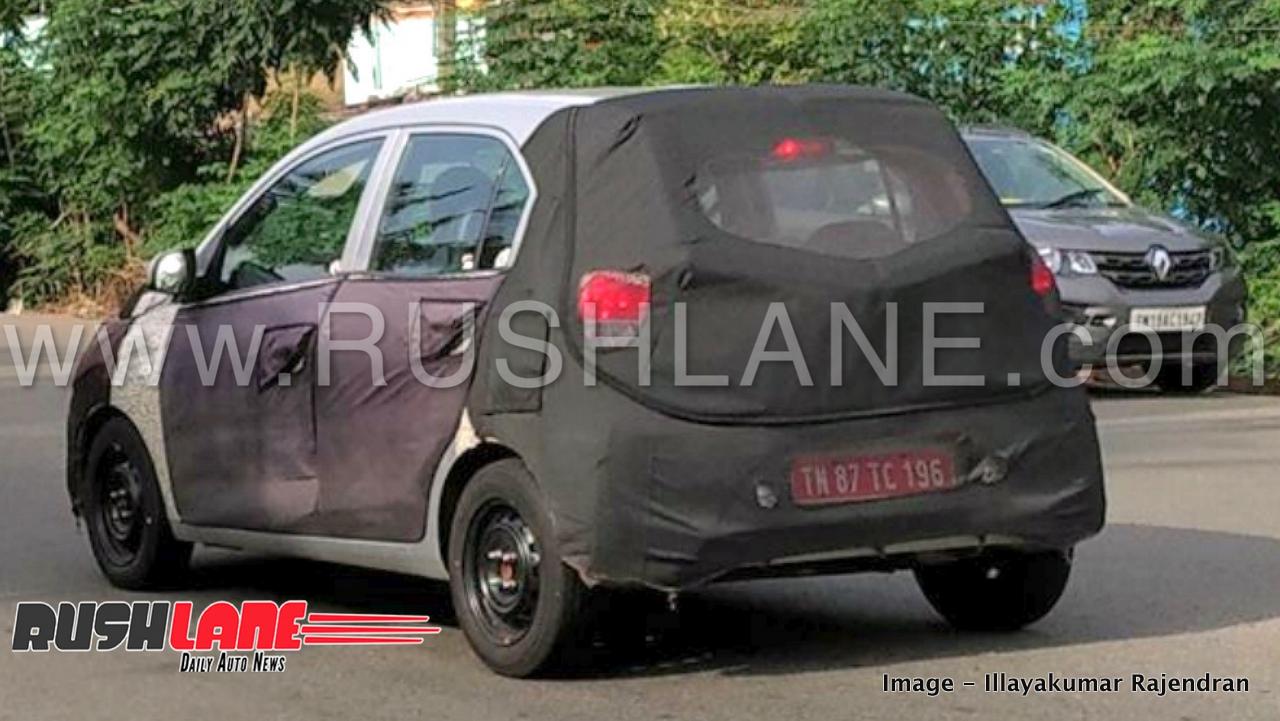 Production of the 2018 Santro has already started at Hyundai’s Chennai plant. The upcoming hatchback has been spotted on Indian roads on numerous occasions, however this is the first time it gives us a basic understanding of its size.

Thanks to the spy shot shared by Mr Rajendran, the Hyundai Santro in the image is seen next to a Renault Kwid. Yes, it is difficult to correctly gather the size of this car, but it does look bigger than Renault Kwid in the photo.

In terms of design, it will incorporate the Fluidic 2.0 design philosophy and certain design cues from i10 and i20. Power is expected to be drawn out of the 1 litre 3-cylinder petrol motor which currently powers the Eon, however there is no official confirmation regarding the same.

Photos revealing the car’s interiors have also surfaced on the internet earlier. The spyshots reveal a dashboard design which looks similar to the dashboard on the first generation i10. Photos also reveal that there will be a centre console which will have amber coloured illuminated buttons.

A basic infotainment system is also visible in the photos however no touch-screen unit seems to be on offer, at least on the grade which has been spied testing. Hyundai might plan to add a touch-screen infotainment on the top trim as Kwid’s top-end also gets the same. 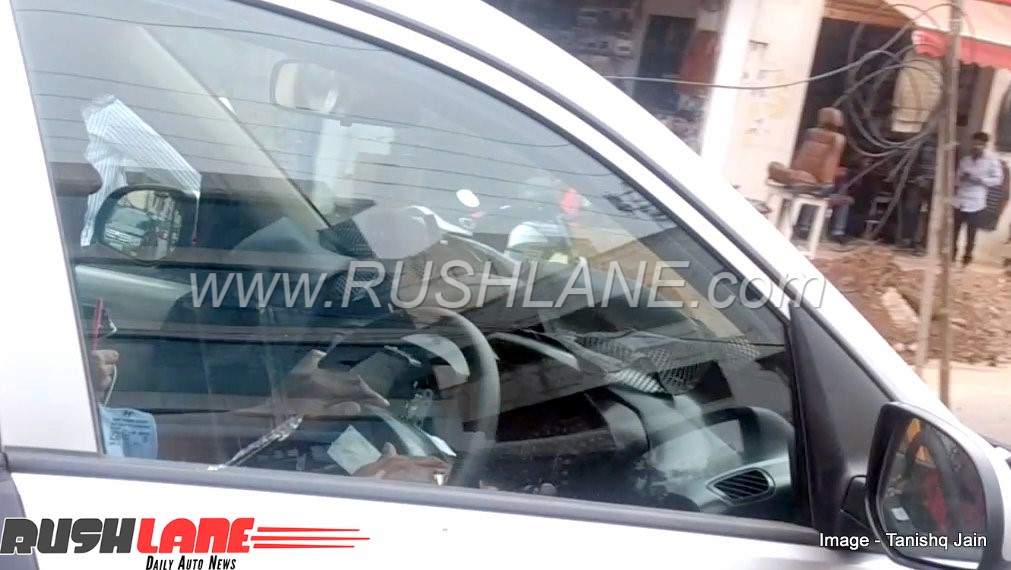 The instrument cluster seems to consist of two analogue dials, a speedometer and a tachometer. Additionally, a small MID unit sits towards the right of the cluster which could provide basic information regarding the car, like trip details etc. The hatchback gets a bench seat at the rear while front seats get integrated headrests. Door panels mostly will provide integrated hand rests for comfort of the passengers.

Once launched, Hyundai Santro (internally code named AH2) will replace the Eon in Hyundai’s line-up while it will compete with the likes of Maruti Alto, Renault Kwid, Tata Tiago and the upcoming 2018 Datsun Go.