The new Hyundai Santro is in the final phase of testing. Already teased officially, ahead of India launch on 23rd October – the car was recently spied once again. New spy shots show the car’s tall boy design.

Hyundai Santro borrows design elements from the existing Grand i10. The new car is based on Hyundai’s Fluidic Sculpture 2.0 design language. It is a more premium product as compared to its earlier counterpart.

Thanks to the new spy shots, we can now see that the new Hyundai Santro boasts of the same tall boy stance as was seen in the case of its older model. In the front, 2018 Santro gets a cascading grille with large headlamps. The cabin space is much larger than before, and to make passengers give airy feeling, the windows are kept very large.

Interiors have been noted with fabric upholstery in a black and beige color scheme. It gets a three spoke steering wheel with audio controls as is also seen on the Grand i10, a twin pod instrument cluster and an MID unit in the center. 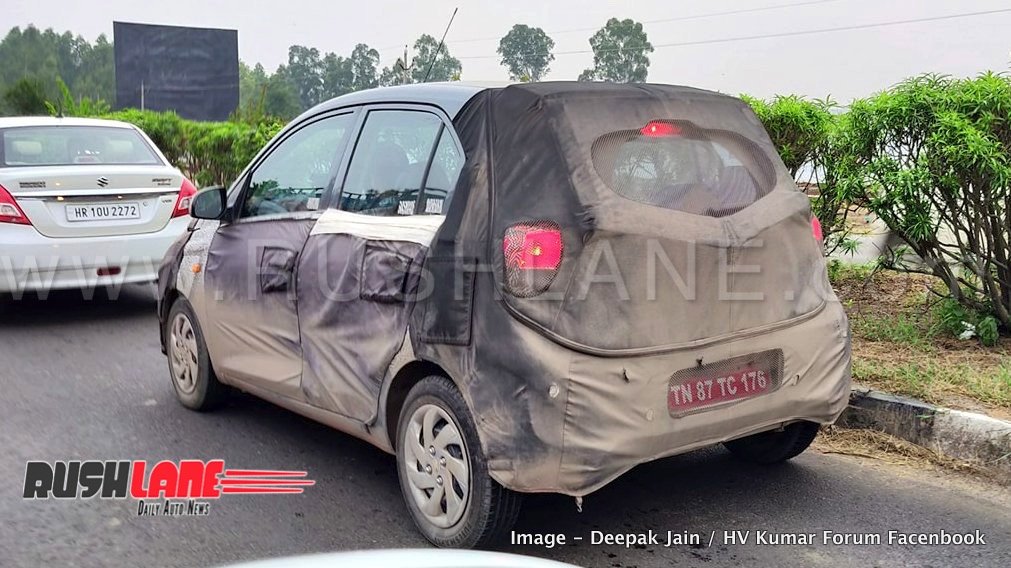 Hyundai Santro could receive a 1.0 liter, 3 cylinder petrol engine as is also seen powering the Eon mated to a manual transmission with an option of AMT called Smart Auto. Once launched, the new Santro will compete with the Maruti Suzuki WagonR, Renault Kwid and Tata Tiago in its segment while pricing could range between Rs 3-5 lakhs.