Kawasaki India is on an offensive mode. Just at the start of this month, they announced the launch of made in India ZX10R and thus slashed its price by Rs 6 lakhs. Now, they are giving the Ninja 300 a similar treatment.

Boasting of a high level of localization, Kawasaki Ninja 300 has now been launched in India. Most parts are locally sourced allowing the company to reduce the price of the bike by Rs 80,000. Currently, the CBU variant is retailed at Rs 3.63 lakh, ex-showroom (that too without the ABS). India-made Ninja 300 gets ABS as standard. 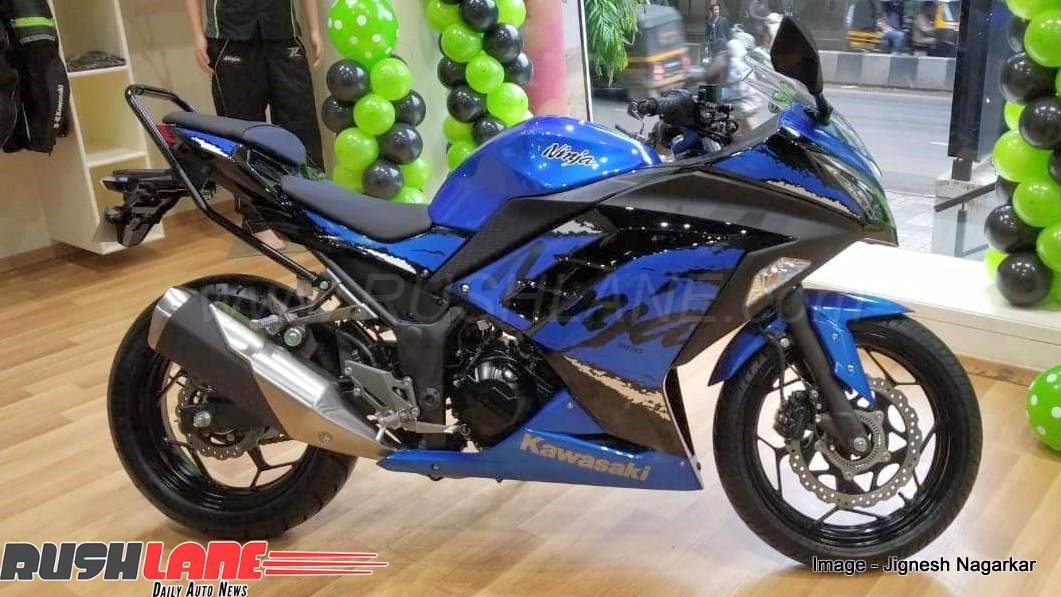 Kawasaki says, “The new high-tensile steel frame adds to the chassis stability and the assist & slipper clutch, based on racing technology, acts as both a back-torque limiter and self-servo mechanism that enables a lighter clutch lever pull.” The Ninja 300 will also receive LED head and tail lamps and an updated instrument console.”

New made in India Kawasaki Ninja 300 is available in two colours – lime green/ebony and candy plasma blue. Pre-booking is now open across India at a price of Rs 20,000. The bikes come with 3 years unlimited kms warranty as introductory offer. Only bikes sold in first lot get the unlimited kms warranty. Bikes sold after that will not get the offer.

Speaking on the occasion, Mr. Yutaka Yamashita, Managing Director of India Kawasaki Motors, said “As per Kawasaki’s product portfolio Ninja 300 is entry level sports bike. We have observed that customers start with Ninja 300 and then upgrade to the next class. Therefore, Ninja 300 happens to be our bestselling product in India because of affordable price.”

Last week, Kawasaki India dealers announced a discount of up to Rs 41,000 on the Ninja 300 CBU stock. This was done so as to clear the existing stock of Ninja 300 CBU variants. Some dealers still have the CBU variants in stock. So those buyers interested in buying CBU stock, can get them at a good discount as well.