Like all other Mahindra vehicles, whose name end with the letter “O”, like the Scorpio, Bolero, TUV3OO, XUV5OO, Xylo, Furio, etc., the U321, code named Innova Crysta MPV rival, will also follow the suit. Its official christening is at a special press conference on the 31st July 2018, but the name has been leaked as the Mahindra Marazzo.

Mahindra has already registered the domain name for the website www.mahindramarazzo.com. It remains to be seen what the word Marazzo means. It will be explained by Mahindra at the press conference on 31st July. Logo too has been leaked. 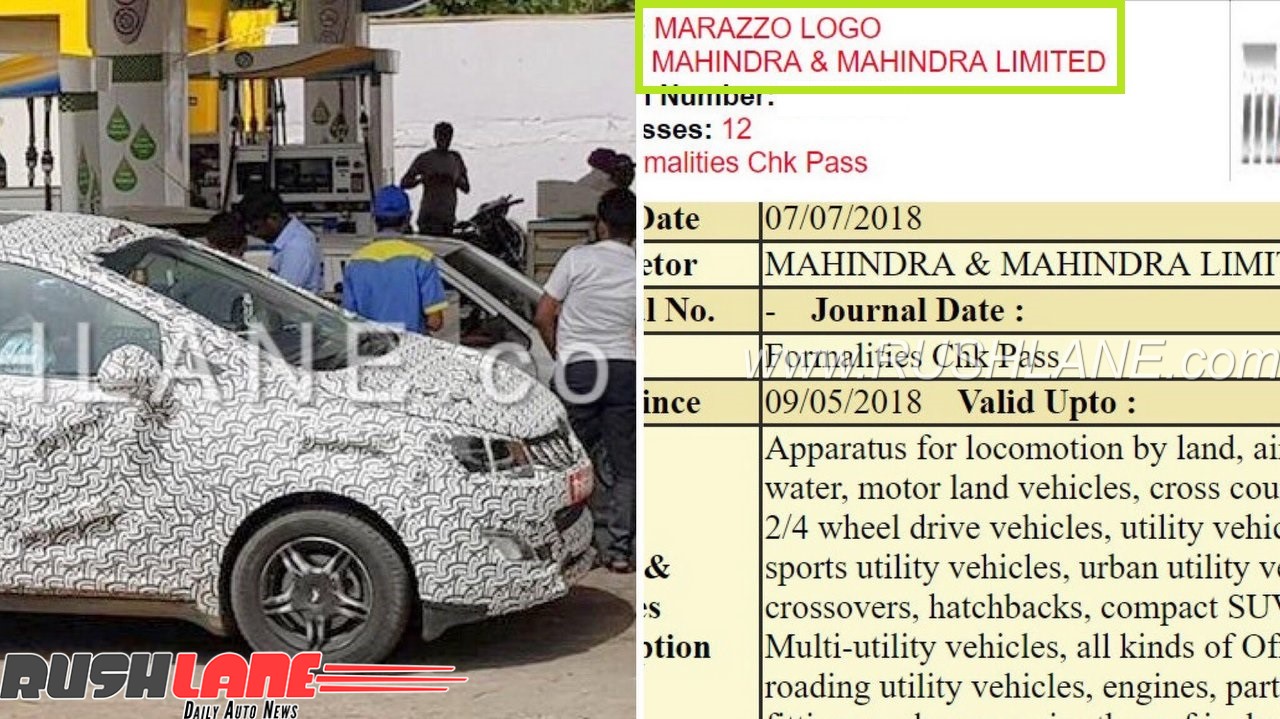 Developed by Mahindra’s North American Development Center in Troy, Michigan, the upcoming Mahindra U321 MPV will be offered in 7 seater and 8 seater configurations. It will be seen with a large front grille, swept back headlamps and projector lamps. It will sit on new alloy wheels and get vertically stacked tail lamps.

Interiors will be seen in a two tone color scheme while dashboard will be in piano black. Infotainment will be via a centrally positioned touchscreen infotainment system sporting buttons and dials on its sides. Its interiors will also receive a three spoke steering wheel, large AC vents and a twin pod instrument cluster. ABS, EBS, airbags and traction control will be among its safety features.

Built on a new generation Mahindra platform, the Marazzo U321 is a Mahindra car unlike any other. It will be lighter, and powered by a fuel efficient engine. Speaking about engines, it is not clear as to what will power the new Mahindra luxury MPV.

Reports suggest it could be the much awaited 1.6 liter mFalcon diesel engine. This engine is expected to deliver about 125 hp power and 305 Nm torque. It could also be powered by a 2.0 liter petrol engine capable of 150 hp power and 250 Nm torque. Both engines will mated to a 6 speed manual and automatic gearbox. A festive launch by October-November 2018 is on the cards while pricing is expected to be at Rs 12 lakhs to Rs 15 lakhs.