The 2018 Maruti Brezza, which as on date is only offered powered by a 1.3-litre DDiS200 diesel engine, will soon get a petrol option. This petrol engine is the same 1.5 K15B engine that powers the new Ciaz facelift and soon to be launched 2018 Maruti Ertiga.

Maruti Brezza is among the best selling SUVs in India. It is a regular on the list of Top 10 passenger vehicles sold in the country each month. All this, despite of offering a petrol engine option. Vitara Brezza competes with the Tata Nexon, which is available with petrol and diesel engines. 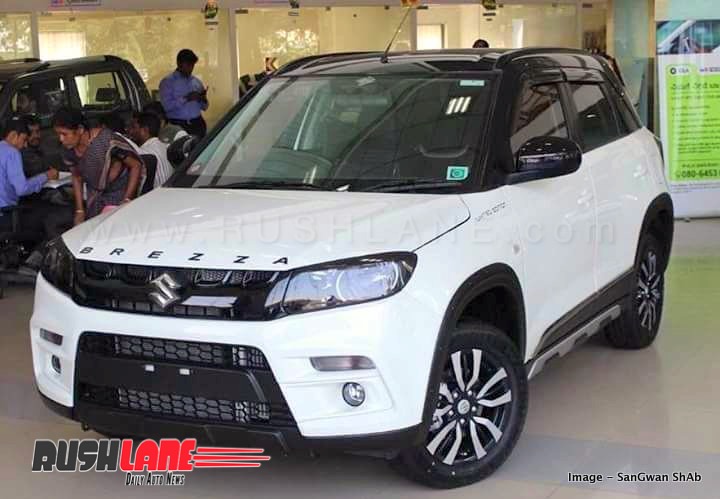 It was earlier reported that Vitara Brezza would get a 1.0 liter Boosterjet petrol engine that currently powers the Baleno RS. However, this engine produces 100 bhp power / 150 Nm torque and is a 3 cylinder turbocharged engine. It is expensive and less fuel efficient as compared to a naturally aspirated engine.

The new Brezza with a 1.5 liter K15B naturally aspirated petrol engine will be rated at 104.7 bhp power at 6,000 rpm and 138 Nm torque at 4,400 rpm . It will allow the Brezza petrol variant to compete efficiently with its rivals.

Maruti Suzuki will also introduce the latest micro hybrid system on the Vitara Brezza, which is seen on Ciaz. The new 1.5 liter petrol engine is tuned with dual battery setup for offering better pickup and acceleration. Expect mileage in the range of 21 kmpl via manual transmission.

Just like the diesel Brezza, the Brezza petrol is also expected to receive an AMT unit – which will allow it to compete with the Nexon petrol AMT. Other features to be offered include cruise control, Smart Safety Assist (beep sound on crossing 80 kmph), seat belt reminder, etc.

Price range of the new Brezza petrol is expected to start from about Rs 7 lakhs, ex-showroom. At this price, it will be about Rs 70,000 cheaper than the diesel variant. Expect launch to happen by Diwali 2018.