Maruti Suzuki India Limited, leading automakers in India, are all set to launch the new Ciaz facelift in India. Date of launch is 20th August. Until now, reports had claimed that there will be no diesel engine on offer at the time of launch. But, that seems not to be the case as the first spy shot of 2018 Maruti Ciaz facelift diesel variant has been leaked. 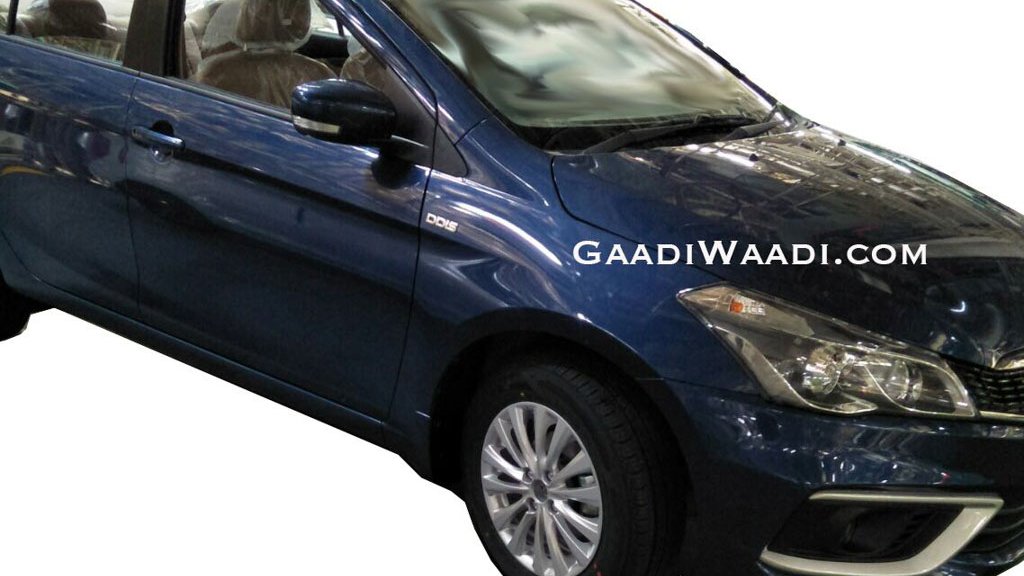 In terms of petrol engine, the new Ciaz will feature the K15B petrol engine. This is an all new 1.5 liter 4 cylinder engine, which is being launched for the first time in India. Compared to the current Ciaz’s 1.4 liter mill, this one offers an added 13 PS power and 8 Nm torque. It delivers 104 PS and 138 Nm. It will be mated to manual as well as automatic transmission. Mileage claimed is 21+ kmpl.

Ciaz facelift exteriors have been noted with LED head and tail lamps with daytime running lights, chrome accents throughout its exterior makeup with chrome appliqué on reflectors on its rear bumper and LED fog lamps being offered for the first time on the updated Ciaz. New 16 inch alloy wheels on the range topping variant and 15” alloys on the Delta, Zeta and Alpha variants will also be seen while a new exterior color scheme of Magnum Grey replaces the existing Glistening grey paint option.

Set to be launched in its existing variant lineup of Sigma, Delta, Zeta and Alpha, the new Maruti Suzuki Ciaz facelift, like its earlier counterpart, will also go on sale exclusively through NEXA outlets. Bookings have already opened.