2018 Maruti Ciaz facelift has been on test for more than a year now. Due for launch next month, the car has now been teased officially by Maruti Suzuki NEXA. The teaser clearly reveals the car’s new headlight cluster with sharp LED DRL, similar to we have seen in Audi cars. In addition to this, we can also see the new honeycomb grille of the new Ciaz in the teaser.

New 2018 Maruti Ciaz looks very similar in overall design to the current model on sale in India. But the subtle changes make it stand out as a sportier version than before. There is also a new colour on offer. 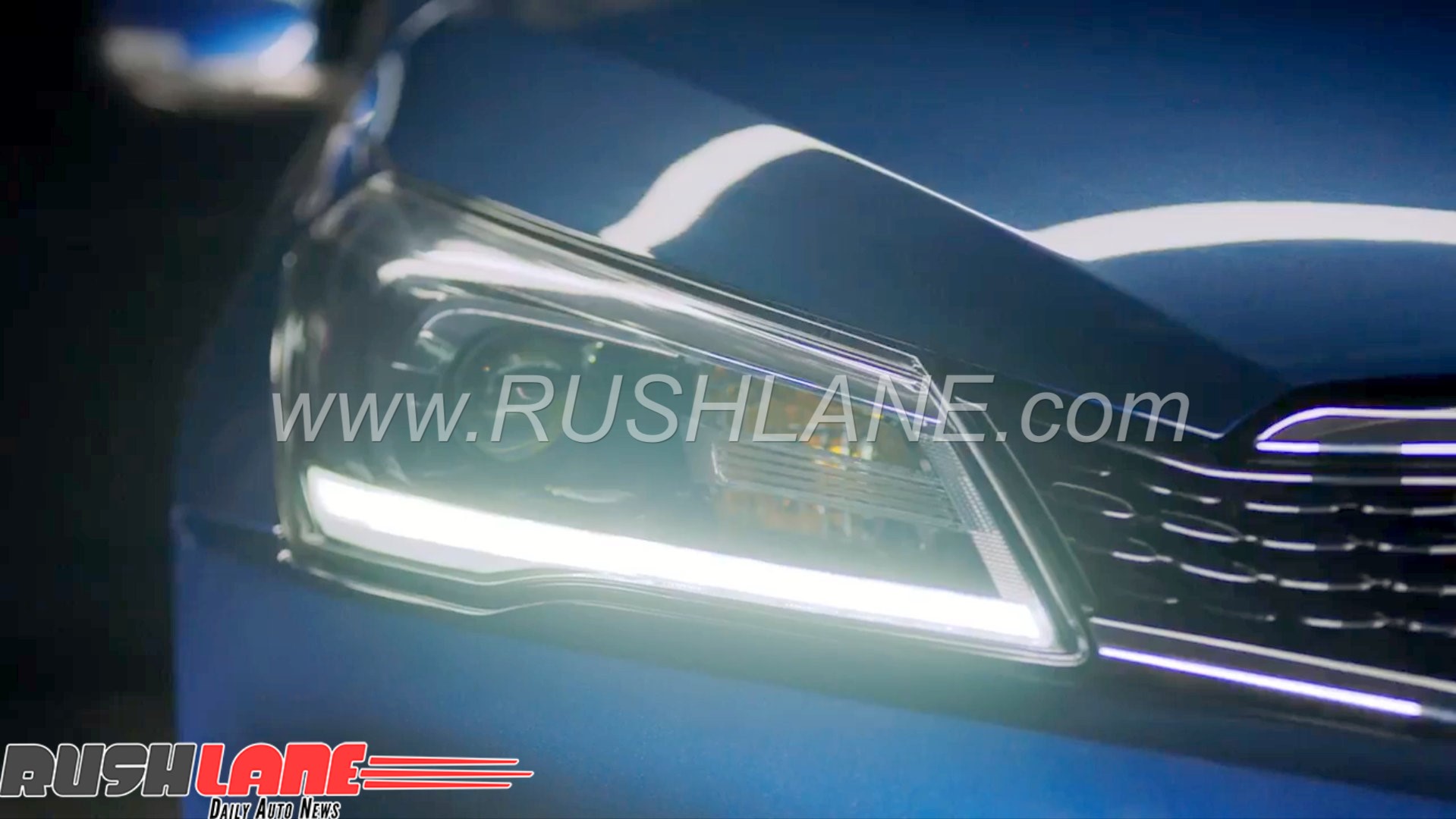 Apart from the headlight, there is also a revision made to the bumper design, alloys, foglights, taillights etc. On the inside, it gets a completely new dashboard and steering wheel. The dashboard now features faux wood inlays, giving the car a much more premium feel. There is also a Smartplay powered touchscreen infotainment system supporting Apple CarPlay and Android Auto, a twin pod instrument cluster, large MID screen and cruise control. Interior space remains same as before, so expect best in class legroom and shoulder room.

So what will be new? Well, the 2018 Maruti Ciaz facelift will be powered an all new petrol 1.5 liter engine. This engine has been engineered by Suzuki in Japan and will be powering the Ciaz. It will later be seen on other Maruti cars in India. It will deliver 104 PS and 138 Nm, making it more powerful than before.

In addition to the petrol, the 1.3 liter diesel option will also be on offer. But it will be launched at a later date. This is the same option which is also on offer with current Ciaz. The 1,248cc diesel engine offers 89 bhp power at 4,000 rpm and 200 Nm torque at 1,750 rpm. Both options are expected to be offered in manual as well as auto transmission options.

While the current Maruti Ciaz is priced from Rs 7.77 lakhs to Rs 12.2 lakhs, the facelift could be priced marginally higher. Besides the Honda City and Hyundai Verna, the 2018 Maruti Ciaz facelift will also compete with Volkswagen Vento and Skoda Rapid. Bookings have opened at dealerships. New Ciaz will be sold through NEXA, the company’s premium outlet.