The first generation Maruti Ciaz was launched on 6th October 2014, and now, four years later, the facelift model is being readied for launch. Set to take on Honda City, Hyundai Verna and Toyota Yaris in the mid size sedan segment, the new Maruti Ciaz facelift has entered production plant at company plant in Haryana.

2018 Maruti Ciaz facelift gets some design updates and interior modifications along with a new engine lineup. In terms of exteriors, Ciaz facelift is seen with a sleek radiator grille, chrome accents on bonnet, sharp headlamps with LED lights and fog lamp housing. 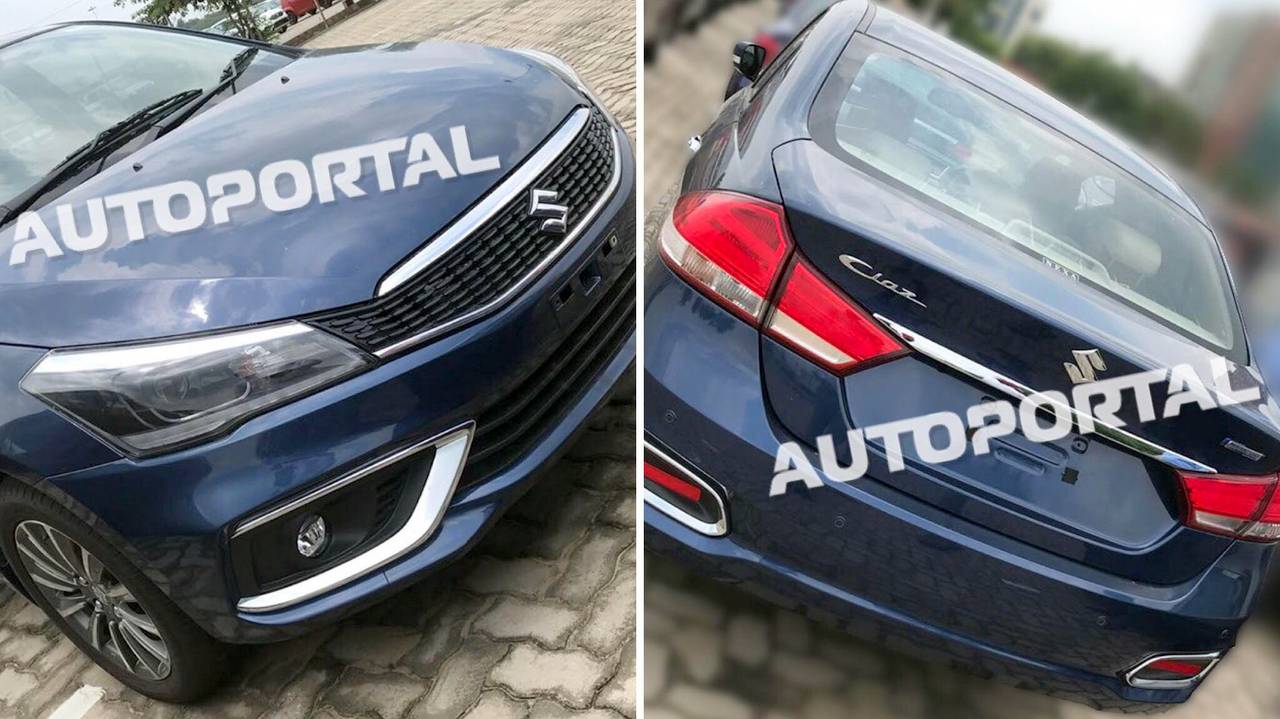 It also gets chrome detailing on front bumper and a new set of alloy wheels. Ciaz facelift also gets cruise control, as seen in the spy shot. It also gets rain sensing wipers. But it is yet to be confirmed if the Ciaz will get a sunroof as is seen in the case of the City and Verna.

Interiors also get updates with a black and beige color scheme, a well laid out dashboard and 2 larger air conditioning vents at the center along with a touchscreen infotainment system. There is also the presence if faux wood on the dashboard, adding to the premium quality of the car. Instrument cluster too is completely new.

The biggest change on the 2018 Ciaz facelift is the engine. It now gets a new 1.5 liter petrol engine with Suzuki’s mild hybrid SHVS technology. The engine has been developed by Suzuki Japan. It has already been launched in Indonesia, on board the new Ertiga. This BS VI compliant engine offers 104 PS power and 138 Nm torque which is much higher than the 1.4 liter petrol engine seen on its earlier counterpart which offered 92 PS power and 130 Nm torque.

The 2018 Maruti Ciaz facelift will also be offered with diesel engine. But at a later date. At launch next month, only petrol will be offered. Speaking about diesel engine, it will be a 1.3 liter Fiat sourced diesel engine offering 90 PS power and 200 Nm torque.

2018 Maruti Ciaz in 5 trim levels of Sigma, Delta, Zeta, Alpha and Sport, will go on sale through NEXA outlets and with prices estimated from Rs 8-13 lakhs.