2018 Maruti Ciaz vs New Honda City vs Hyundai Verna – Which one should you buy?

New, upgraded Ciaz has been officially launched and as it makes its way to NEXA showrooms across the country, competitors are likely to be watchig closely and reworking their C-segment sedan plans and strategies for the showdown ahead.

2018 Ciaz features several new additions in terms of styling, space and comfort, technology and engine dynamics. A car that’s already a favourite for many, upgrades in Ciaz will make it even tougher for its competitors to match its offerings, especially at these prices. 2018 Ciaz is sold in petrol and diesel variants, with the petrol version available in both manual and automatic transmission. 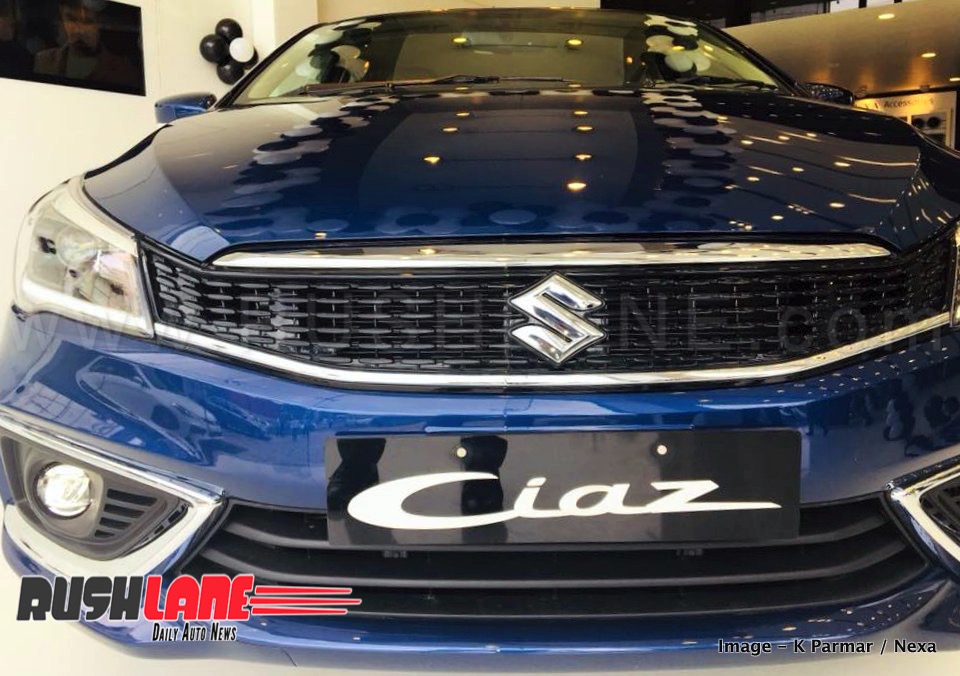 New Ciaz is available in 11 variants and provides 7 colour options to customers. Here’s a brief overview of key competitors of the new, 2018 Ciaz and how they fare in comparison. 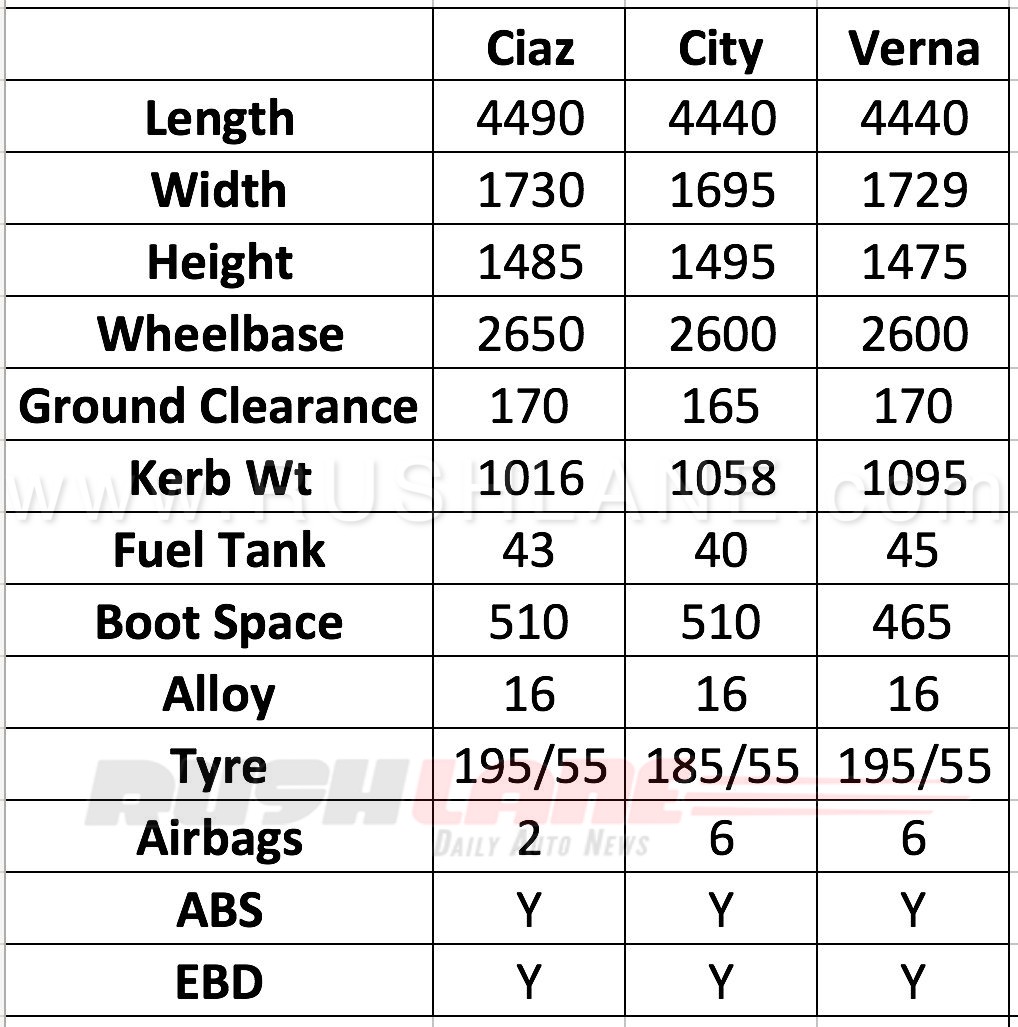 Top-end variants of both cars have premium features such as automated climate control, plush leather upholstery and state-of-the-art infotainment system. As for interiors, City features a classic black and silver dual-tone cabin design, and Ciaz features a luxuriant, earthen feel with brown and beige combo, accentuated by faux wooden panelling on the dashboard. 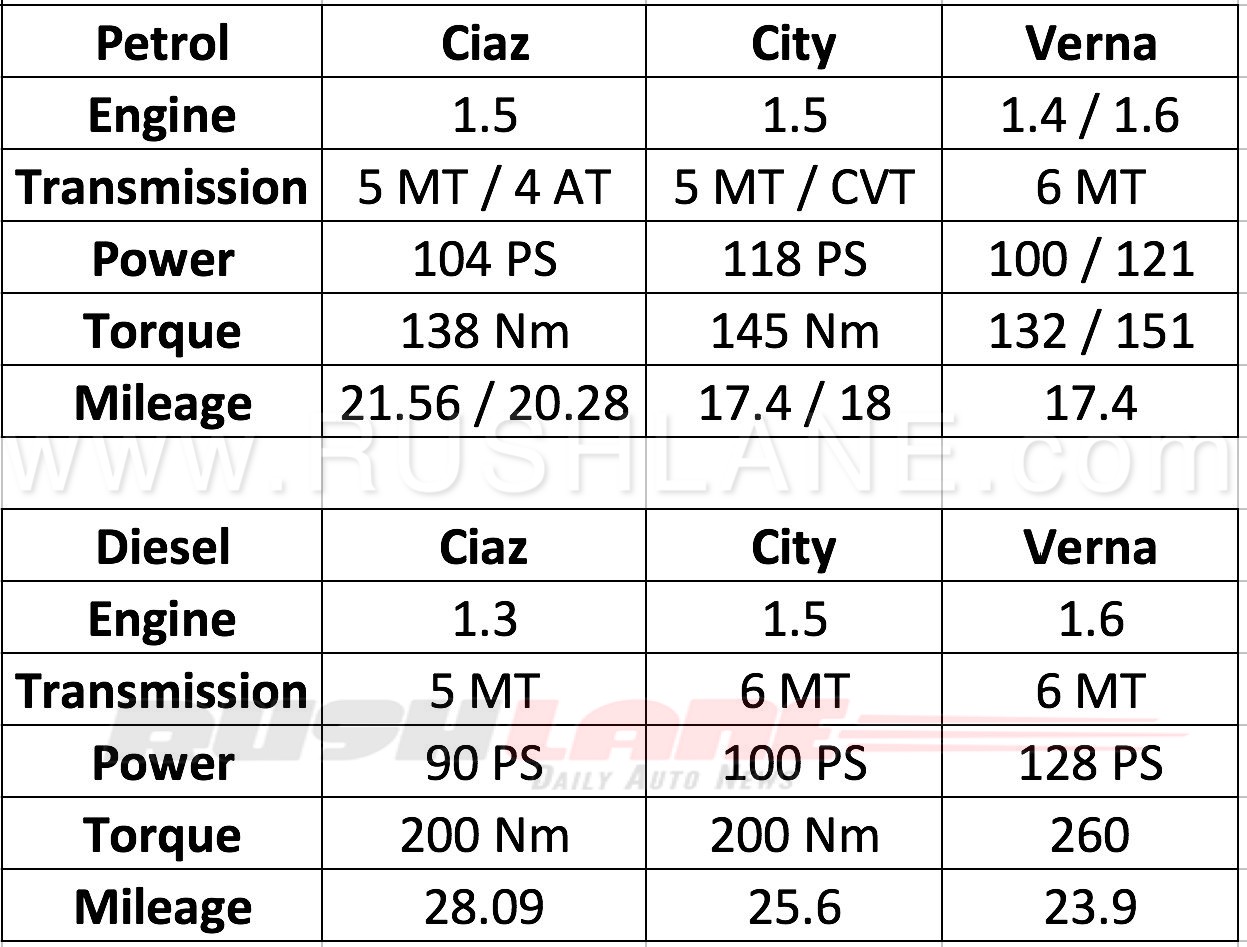 Hyundai Verna – Another key Ciaz competitor, Hyundai Verna next-gen model was introduced last year. Verna may have gained an edge over Ciaz in 2017, but with the new version launched, Ciaz is back in the game and is expected to maintain its lead.

2018 Ciaz now offers all the high-tech features of Verna such as steering mounted audio controls, motor-operated adjustable mirrors, rear AC vent and advanced rear parking sensors. However, Verna will continue to score higher in terms of engine power, in both petrol and diesel variants. This has been a key factor for customers choosing Verna over Ciaz. 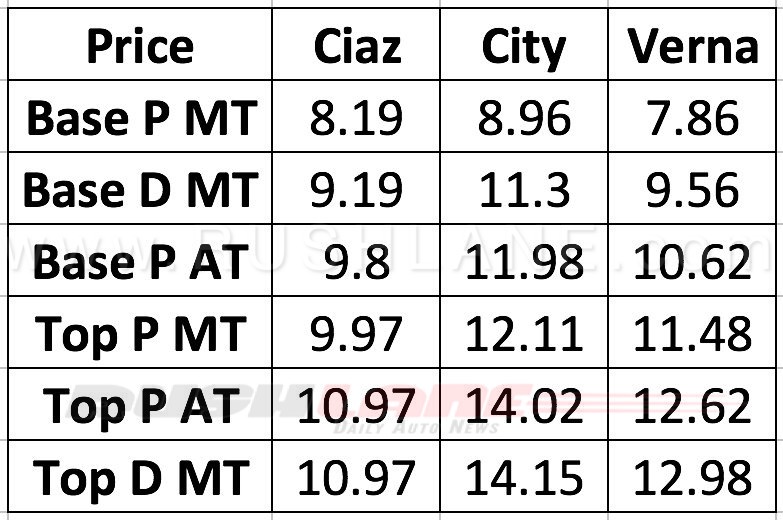