Showcased at the Geneva Motor Show earlier this year and launched in global markets, the new 2018 Mercedes AMG G63 has finally marked its entry into India today. This high performance SUV is priced at the same price of Rs 2.19 crores, which was also the price of older G63 AMG.

2018 Mercedes AMG G63 will boast of a new aluminum body shell. It will be positioned on a wider ladder frame chassis which contributes to increased width by 210mm resulting in added leg room in the rear passenger section by 10mm. 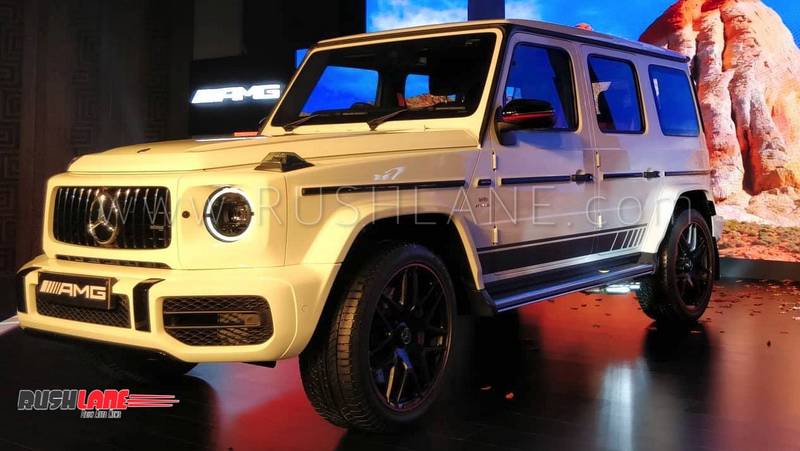 The new chassis also promises better stability while the reworked suspension results in a raised ground clearance to 241mm. In terms of its exterior design, 2018 Mercedes AMG G63 gets AMG spec styling cues. These include a new front grille with 12 vertical elements, a revised front bumper design with matte silver kick plate and side mounted exhausts positioned below the rear door. 21” alloy wheels will be offered as standard. The full LED headlamps come in with 84 LED modules while the company’s high beam assist function adjusts beam of light automatically depending on oncoming traffic.

Interiors will receive a new dashboard design with Mercedes-Benz’s Widescreen Cockpit. It gets analogue instrumentation which can be upgraded to digital, a 12.3” infotainment system and redesigned front seats. The new rear bench can be folded so as to extend boot space. 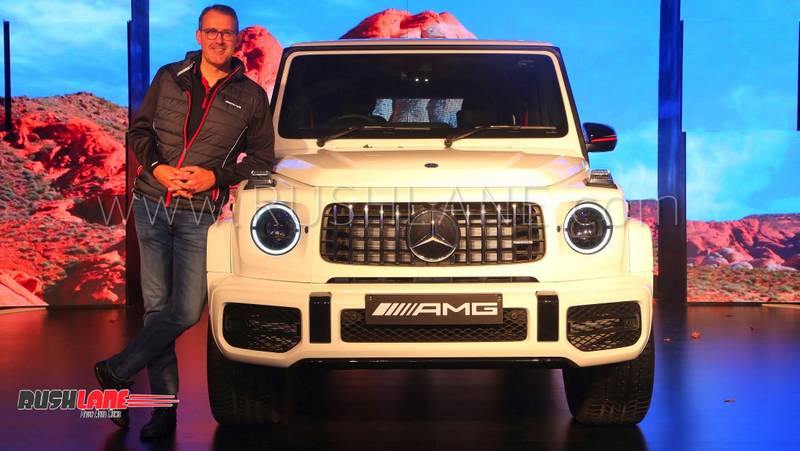 Mercedes AMG G63 gets powered by a 4.0 liter, twin turbo petrol engine that takes the place of the 5.5 liter V8 engine seen on its earlier counterpart. This engine offers 585 hp power at 6,000 rpm and 850 Nm torque at 2,500-3,500 rpm mated to a 9 speed automatic transmission sending power to all four wheels via Mercedes 4Matic all wheel drive system.

These power and torque figures are 14hp and 90 Nm higher as compared to that offered by the previous engine. Acceleration from 0 to 100 kmph is achieved in 4.5 seconds, also 0.9 seconds faster than its earlier model while top speed has been increased by 10 kmph to 220 kmph.

A special driver’s package will include updated wheels and tyres and a new top speed of 240 kmph. In India, it will continue to compete with the Range Rover SVR, its sole rival in its class which is priced at Rs 1.97 crores.