Following its media reveal last month, and in the build up to the media drive, and launch, there’s now a Nissan Kicks SUV teaser video put together by the company from its Bombay reveal. This time too, the company has withheld any information regarding what’s under the hood and what adorns its interiors. 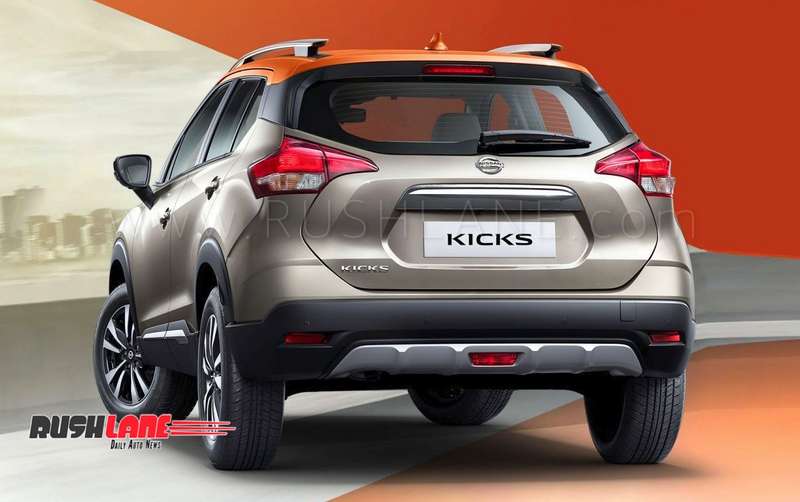 Nissan India has commenced production of the 5 seater Kicks SUV. It is being produced from the company plant in Chennai and is set for launch in India in January 2019. The India spec Nissan Kicks is positioned on a B0 platform, unlike the V platform seen on its global spec model.

This will make the Indian version larger; with dimensions that stand 4,384mm in length, 1,813mm in width and 1,656 mm in height. It gets a wheelbase measuring 2,673mm. Nissan Kicks gets a safe body structure which comprises of grapheme – Gravity PhilicEnergy Absorption which offers higher resistance to impact.

New Kicks SUV will be seen with a 360 degree camera which Nissan introduces as Around View Monitor (AVM) with moving object detection. This will be a segment first feature and is in line with the global-spec Kicks that also receives touchscreen AVN system, which is designed to enhance driving experience. It uses 4 cameras, 2 on front corners and 2 at the rear offering a 360 degree view of the outsides. It has an automatic alarm system that signals the driver in case of a moving object is detected by camera sensors.

Expected to enter company showrooms from January 2019, the new Nissan Kicks compact SUV is likely to be priced from Rs 10 lakhs onwards. It will take on the Maruti S-Cross, Renault Captur and Hyundai Creta.