After made in India Renault Kwid failed in the crash test, Sumit Sawhney, MD, Renault India, had stated that they will work on the car’s safety features and make it more safer.

At that time, the MD responded to the poor result in Global NCAP crash tests by justifying that the safety watchdog tested the Kwid when it was in developing stages. About 4 months later, Global NCAP tested another version of Kwid, which was a much stronger version of the car, claimed Renault. This version of 2016 Kwid got a safety rating of 1 star. 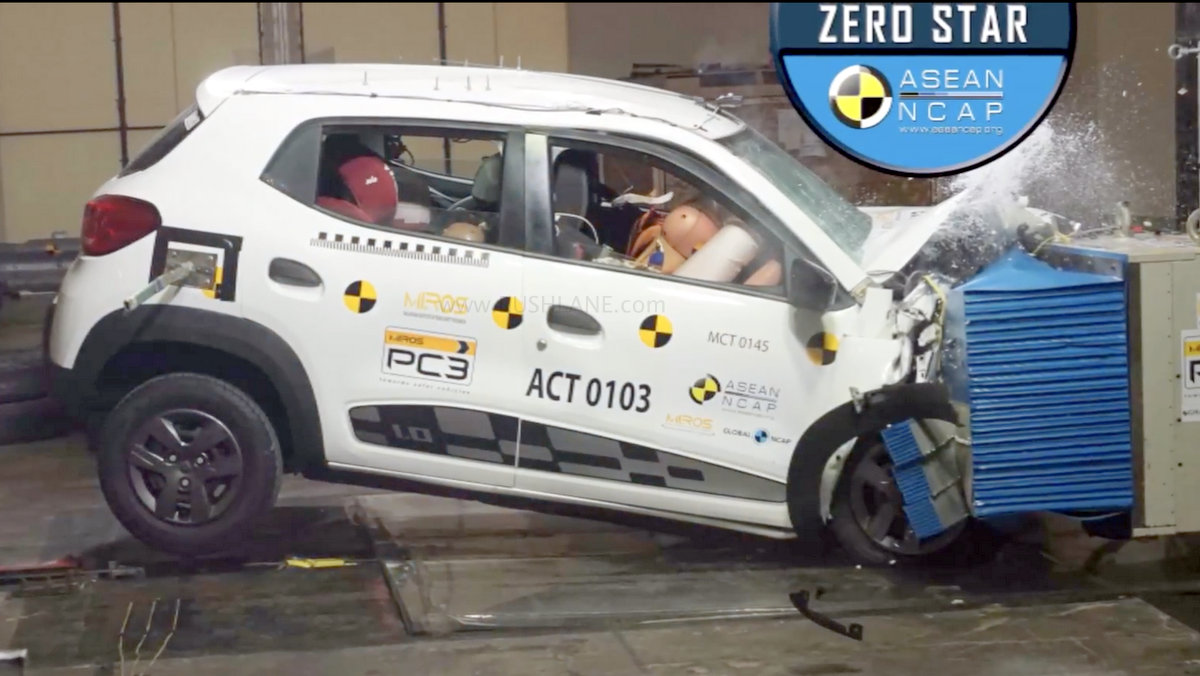 Dr Khairil Anwar Abu Kassim, ASEAN NCAP Secretary-General, said, “What is more disappointing is that these cars are sold in countries that recorded one of the highest numbers of road fatalities; in which WHO published Thailand with 14,059 fatalities while Indonesia had 26,416 number of road fatalities.” Watch the crash test video below.

In the meantime, India is getting ready to adhere to upcoming Bharat NCAP safety norms. Mr. Sawhney had previously said:

While we are meeting all the safety requirements of current regulations in India, we will be far exceeding even the requirements the Indian government will be putting in.

By 2019 when the enhanced safety norms kick in for existing models, the Kwid is expected to have a reinforced body shell, standard air bags and ABS.

Coming back to the present scenario, market response for the Kwid has gone down as compared to the initial buzz. Earlier, average monthly sales of Kwid were in the 7,500 region, while today it is in the 5,000 units range. But this has probably nothing got to do with the safety ratings of the car. Sales probably went down after launch of newer cars in the segment like Tata Tiago.