2018 Royal Enfield Classic 500 FI upgrades include ABS for North America. Features include antilock brakes, rear disc brakes, and a passenger pillion as standard and the bikes are available across dealerships in the region beginning June 2018. RE also sells the Bullet 500, and Himalayan here, and the limited edition 500 Pegasus will soon join the product portfolio in America. Only 1,000 units of the limited edition 500 Pegasus go on sale. 250 will be sold in India, 190 in Britain, and the others globally.

In regards to 2018 Royal Enfield Classic 500 with ABS, there’s no indication as of now as to when RE will introduce ABS across its product range in India. The deadline for all existing bikes above 125cc to be fitted with ABS in India is April 2019. 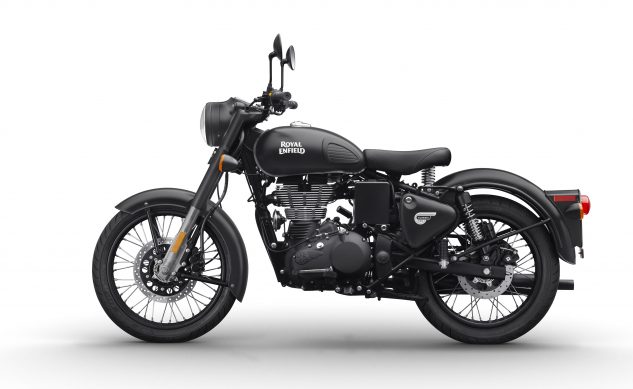 “The Classic 500 is currently the most popular motorcycle in our lineup, and we are excited to offer improvements to an already fun, accessible and affordable motorcycle,” said Rod Copes, president, Royal Enfield North America. He added, “The addition of antilock brakes is confidence-inspiring for new and experienced riders alike, and the new colors are a great addition to the Classic lineup – including the new flat-black Stealth with a blacked-out engine and exhaust. The base model Classic 500 starts at an attractive MSRP of $5,599. 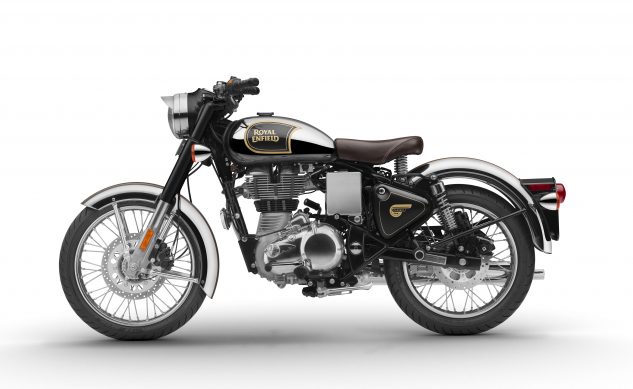