Suzuki Motorcycle India has announced substantial price cuts on its big bikes owing to recent policy changes initiated by Central Board of Excise and Customs (CBEC). Price reduction benefits are owing to custom duty reduction on completely knocked down (CKD) and completely build units (CBU) units in India. 2018 Suzuki Hayabusa (CKD) is now priced at INR 13,59,000 (ex–showroom, New Delhi). The bike was initially priced at Rs 13,87,623 at the time launch resulting in a price reduction of 28,623 rupees.

Commenting on the revised prices Mr. Sajeev Rajashekharan, EVP, SMIPL said, “Considering our focus on offering a premium range of products to our Indian customers, both the CKDs and CBUs form akey component of our existing and upcoming motorcycle line-up.Suzuki Motorcycles India plans to pass on the benefits of government’s decision to reduce the customs duty on CBU and CKD units, to its customers. Conducive policies will encourage manufacturers like us to bring more products and support the emerging big-bike culture in India.” 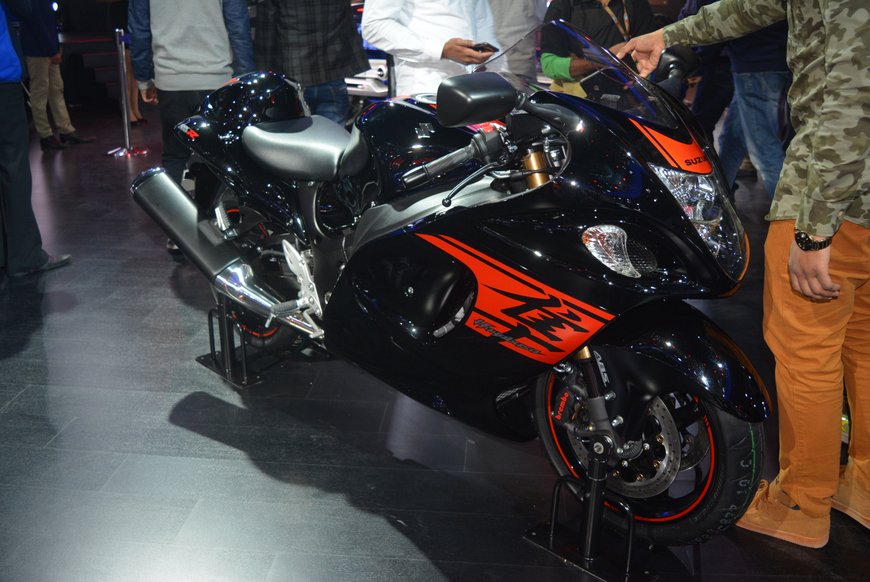 The new Suzuki GSX 1000 now enjoys a price cut of Rs 2.2 lakhs in India. Hayabusa is a highly desired superbike in Indian motorcycle community, whose claim to fame from featuring in a highly successful Bollywood flick hasn’t been forgotten yet. Not that the 197 PS machine which can throw the pointer till 299 kmph until electronics intervene, needed any other reason to turn towards.

In spite of being a generation old than what it competes with in the market, sales of Hayabusa are impressive. Launched last month, 2018 Suzuki Hayabusa sales are expected to get off to a good start in the new year. The first owner of the new 2018 Hayabusa, Mr Arjun was been given delivery of his new bike by Dream Suzuki Delhi dealer.

Suzuki Motorcycles India delighted Hayabusa fans and enthusiasts when they announced a huge price cut (in upwards of INR 2 lakhs) last year. This was made possible after the company decided to start local assembly of Hayabusa (as compared to being sold as CBU earlier).

This move would not be limited to the 2018 Suzuki Hayabusa. Suzuki Motorcycle India also has plans to locally assemble more superbikes, given the aggressive penetration of international brands and models in the sub-continent in very short time. 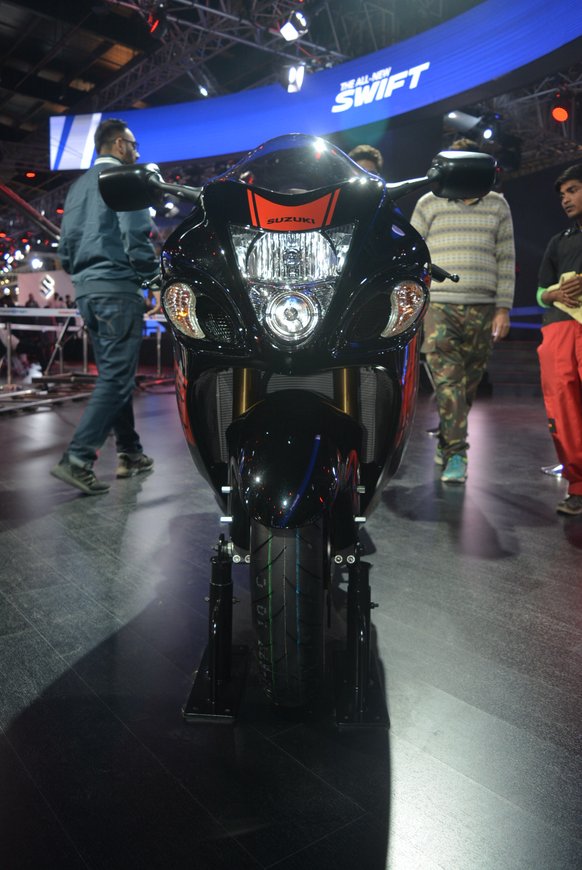 This will bring Suzuki to the same table as its close rivals such as Triumph, Kawasaki and Benelli, who have already started assembling their motorcycles locally and reaping benefits.

With more major motorcycle makers turning towards India and showing interest in attempting CKD operations, the market is increasingly responding by giving them better business. It is only a matter of time before all big names in the industry start catering to and operating in India.