Officially launched in Japan, the fourth generation of Suzuki Jimny was accompanied by its previous three generations on the launch stage, including the Maruti Gypsy we have in India (which is 2nd generation Jimny). In its fourth generation, the 2018 Jimny is offered in two variants – Jimny standard and Jimny Sierra. 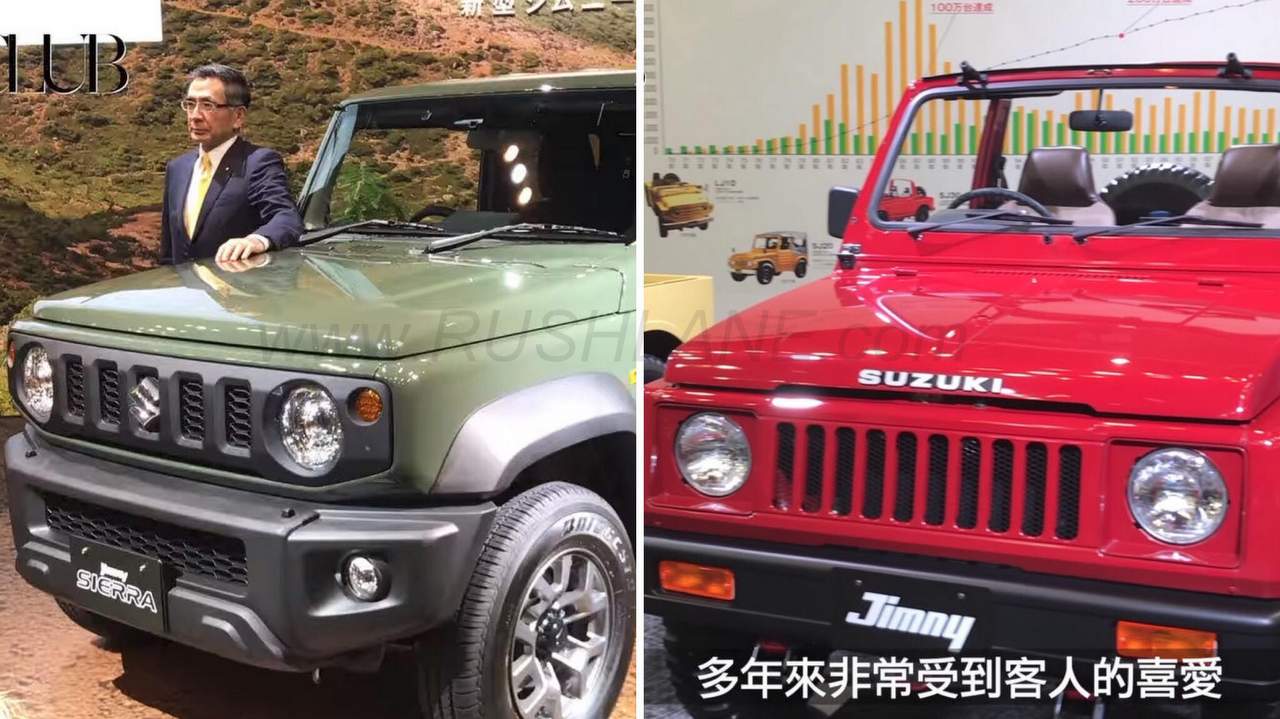 The fourth generation Suzuki Jimny is a small 4×4 SUV offered in two variants, a standard version and a bigger and better equipped version Sierra. Both these variants are offered in 3 trims each – XG, XL and XC.

Positioned on a ladder frame chassis, the 2018 Suzuki Jimny is seen with LED headlamps, headlamp washers, a five slot grille finished in matte black, a heavy duty front bumper with wide central air dam and boxy wheel arches fitted with 16” five spoke alloy wheels. The black treatment continues to its OEVMs and roof offering a striking contrast to the Jimny which is offered in single and dual tone color options.

Suzuki Jimny is powered by a new K15B 1.5 liter engine offering 102 PS power and 130 Nm torque mated to a 5 speed manual and 4 speed automatic transmission. Maruti has not yet confirmed the launch of new gen Jimny in India. But considering that the Gypsy on sale in India might be discontinued from next year for not meeting crash test norms, it increases the chances of Jimny’s launch in India.