Tata Nexon Kraz gets 10 exterior and interior updates as compared to those seen on the regular model. The most significant of these updates will be a new color scheme of Tromso Black with a sonic silver roof. It sports new Neo-Green colored ORVMs, wheel accent and front grille. The ‘Kraz’ or ‘Kraz+’ moniker will be displayed on boot lid of the model. To match its neo green exterior accents, the interiors of the Tata Nexon Kraz Edition receives neo green stitching accents on seats. The dashboard is done up in a piano black color scheme with neo green seen on the air vent, piano black door and console and also on the black steering accents. The central console sports distinctive Kraz badging.

Commenting at the launch, Mr. Mayank Pareek, President – PVBU, Tata Motors, said – “We want to celebrate the 1st Anniversary of our brand Nexon with our customers and what better way than offering them a special striking version- the Nexon KRAZ. To attract customers with active and sporty lifestyle, the Nexon KRAZ has been designed to set a new trend in the segment. Since launch, the Nexon has received a very good response and today is among the top 5 selling compact SUVs. We would like to thank all our customers for their trust in the brand and we will continue to bring exciting products in the market.” 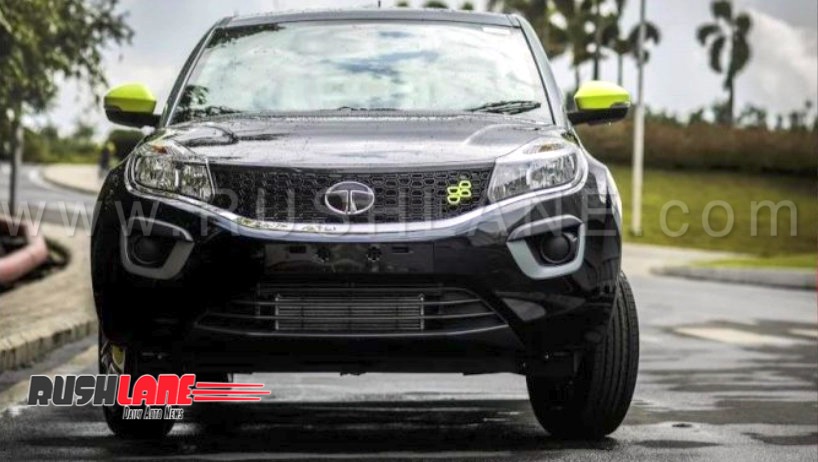 Being based on the Nexon XT trim, the Kraz will not get features such as touchscreen infotainment but will be seen with automatic climate controls, roof rails, security alarm and a shark fin antenna among other regular features.

There will be no mechanical changes on the Kraz which will continue to be powered by the same 1.2 liter turbo petrol and 1.5 liter diesel engines seen on its regular counterpart. Only manual transmission is on offer. No AMT variant on offer with Kraz Limited Edition.