Tata Tigor gets its first major update ever since it was introduced. These will include a new top spec variant, exterior changes, new color options and interior features while there will also be a revision in prices. To promote this new Tigor, Tata Motors has hired Hrithik Roshan as brand ambassador.

Seen in exclusive Egyptian Blue color, the updates on board the Tigor are limited to cosmetic changes. To be introduced just ahead of the festive season in India, Tigor will also be offered with Berry Red, Pearlescent White, Espresso Brown, Titanium Grey and Platinum Silver colours.

2018 Tata Tigor will now sports new head and tail lamps which are seen with crystal inspired lens. A new top end XZ+ variant will include most features seen on the XZ trim with power folding wing mirrors, new alloy wheels and shark fin antenna. All these features are now detailed in the teaser video above.

Interiors will also see some changes with rear central arm rests with cup holders, adjustable driver’s seat and a bigger and better 7” touchscreen infotainment system supporting Apple CarPlay and Android Auto. This will be called Harman Infotainment System. In terms of safety, the 2018 Tata Tigor will get dual front airbags, ABS, EBD, corner stability control, rear parking sensors while the touchscreen system will act as a display for rear parking camera. 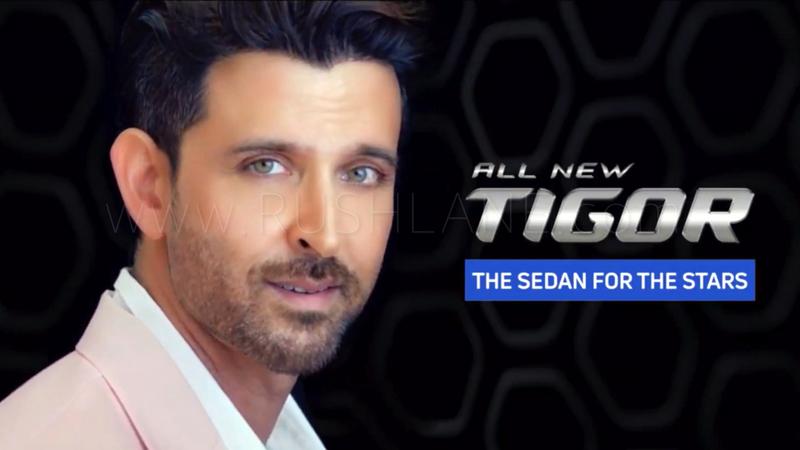 There will be no changes in mechanics and the new Tata Tigor will continue to be powered by a 1.2 liter Revotron petrol engine and a 1.05 liter Revotorq diesel engine mated to a 5 speed manual gearbox while the petrol unit also gets mated to an optional AMT. The petrol unit is a naturally aspirated 3 cylinder engine offering 84 bhp power and 115 Nm torque. The diesel engine is turbocharged, 3 cylinder unit making 70 bhp power and 140 Nm torque.

Pricing could see some revisions with the new top spec XZ+ variant priced around Rs 30,000 more than the current Tigor XZ variant which is priced at Rs 6.6 lakhs for petrol and Rs 7.5 lakhs for its diesel engine counterpart. As was seen with the earlier Tata Tigor, the new Tigor will also compete with Honda Amaze, Maruti Suzuki DZire, Hyundai Accent and Ford Aspire.