Yamaha RayZR Street Rally edition, launched in India in July has now made its way to company dealerships across the country as deliveries to customers commence. Offered in two color options of Rally Red and Racing Blue, the new Yamaha RayZR Street Rally edition is sporty with technologically advanced features and boasts of the globally known ‘Unique style of Yamaha’.

Yamaha RayZR Street Rally edition comes in with a design that has been inspired by other global models of Yamaha. It is seen as a sportier version of the standard RayZR and receives features which include a front headlight apron in a wing style fairing which is also seen on the Yamaha MT-09 sportsbike. 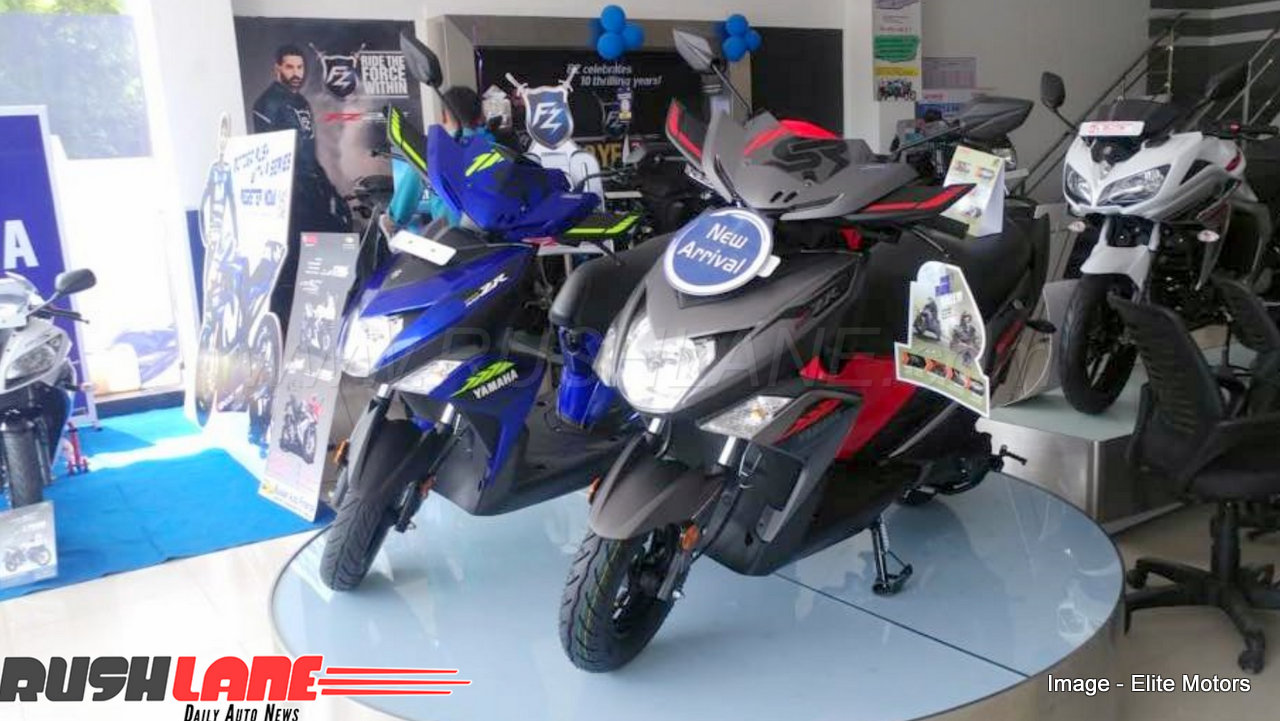 It receives new knuckle guards, a fully digital instrument console, and a rising air design at the rear and roller rocker arm which prevents the loss of power at lower speeds. It also receives a key secure grip system and a two level raised seat. Sporty graphics are seen throughout its body on the front fairing and side panels enhancing its sporty appeal. Underseat storage space is at 21 liters while storage facility is also provided in the front storage pocket.

Dimensions stand at 1,820mm length, 1,115mm height and 700mm width. The Yamaha RayZR Street Rally edition gets ground clearance of 130mm, wheelbase of 1,270mm and seat height of 775mm while kerb weight is at 103 kgs. Below is a video of the RayZR Rally edition concept which was showcased at the Auto Expo. It is very different to what has been launched.

Engine specifications on the Yamaha RayZR Street Rally edition is a 113cc, single cylinder, air cooled, 2 valve, SOHC, Blue Core engine offering 7.1 bhp power at 7,500 rpm and 8.10 Nm torque at 5,000 rpm. The engine comes in with Blue Core technology and gets mated to a CVT transmission. It gets 170mm disk brakes in the front and drum brakes at the rear.

On display at company showrooms along with the Yamaha RayZR, Fascino, Ray Z and Yamaha Alpha, Yamaha RayZR Street Rally enters a segment, which till date, was dominated by the Honda Dio, Hero Maestro Edge and New Honda Activa 5G.