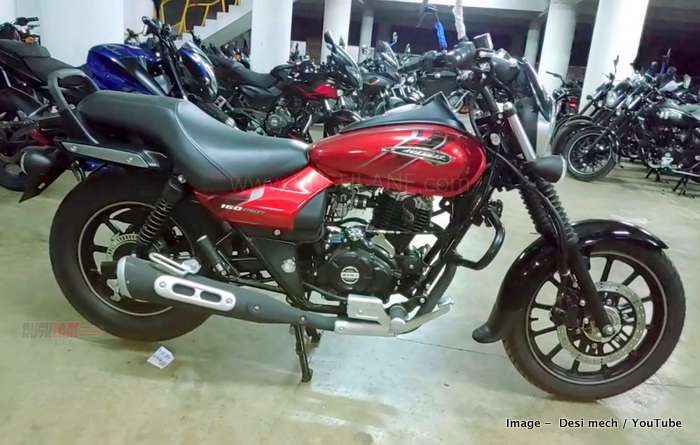 2019 Bajaj Avenger 160 Street ABS is the company’s latest entry level cruiser. It takes the place of the Avenger 180 and features the same design elements. New Avenger 160 Street, which has made its way to company dealerships across the country, is priced at Rs.81,037, ex-sh. Deliveries have already commenced.

It gets blacked out styling, new halogen headlamp cluster with LED DRLs, alloy wheels and the only distinguishing factor are the body graphics with side panel displaying the ‘Street 160’ moniker. The Avenger 160 Street also follows a more sportier and upright riding stance. It gets a similar instrument console with new amber light for ABS notification, an ABS sensor on the front disk and speed sensor at the rear offering Rear Lift Off Protection. Watch the detailed video below.

Bajaj Avenger 160 Street gets powered via a 160.3cc, single cylinder, oil cooled engine which also powers the Bajaj Pulsar NS 160. This engine produces 15 bhp power at 8,500 rpm and 14.6 Nm torque at 6,500 rpm mated to a 5 speed gearbox. This means that the Avenger 160 delivers more torque than the Avenger 180. Unlike the NS160, the Avenger 160 engine is not oil cooled. Suspension is via telescopic forks in the front and dual shock absorbers at the rear while braking is via disc brake in the front with single channel ABS and drum brake at the rear.

Bajaj Avenger 160 Street holds the title of being the most affordable cruiser styled motorcycle in the country. It undercuts its rival, the Suzuki Intruder, which is priced at Rs.1.03 lakhs, by a significant margin.

In recent times, Bajaj Auto Limited has been noting reduced demand for the Avenger series. Initially, the range commanded massive demand with record sales of 1 lakh units in four months. However, sales have taken a significant dip which is why the company took off the Avenger 150 and brought in the Avenger 180. Now the Avenger 180 has also been done away with and the Avenger 160 has been brought in with expectations to bring in better sales. Will Avenger 160 bring back the lost sales, or has the demand for entry level cruisers died?