The Bajaj Avenger Street 180 ABS has been teased, ahead of its sale debut which is set to happen in the coming days. The Avenger 220 Cruise and Street variants received the safety feature recently. 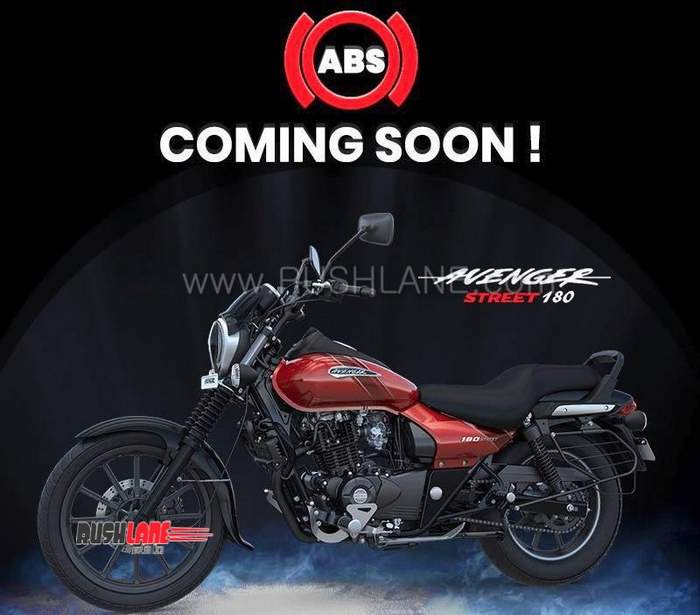 As with the bigger engined variants, the Avenger Street 180 ABS has absolutely no visual changes. The compact displacement continues to employ 260 mm front disc (now supported by single-channel ABS) and 130 mm rear drum brake. The update makes the entire Avenger family compliant with the new safety regulations that will come into effect from April 2019.

Bajaj has been updating its models with ABS (above 125 cc) and CBS (sub-125 cc) one by one. Some models received other minor updates while the rest only got the safety feature. The Pune-based two wheeler maker witnessed double digit growth in December 2018 and January 2019, while most of its rivals struggled to clear out inventory. In fact, inventory build-up is turning out to be a big issue for dealers of Hero Motocorp and Honda.

2019 Bajaj Avenger Street 180 ABS continues to be powered by 180 cc DTS-i air-cooled engine which has been soldiering along for years. The motor develops 15.5 PS and 13.7 Nm of torque, and comes mated to a 5-speed gearbox. The cruiser’s traditional suspension system comprises telescopic front fork, and twin shock absorbers at the rear. The Street 180 employs 17-inch alloy wheels at the front (shod with 90/90-17 tyre) and 15-inch unit at the rear (shod with 130/90-15 tyre).

Just like the non-ABS version, the Bajaj Avenger Street 180 ABS is available in Spicy Red and Ebony black color options. Salient features include LED DRLs, and a compact tinted visor. The Bajaj Avenger series has been having a near-monopoly in the compact cruiser segment where the rivals like UM Commando don’t enjoy a strong brand pull. We don’t expect any further updates till the BS-VI emission norms kick in next year (April 2020).