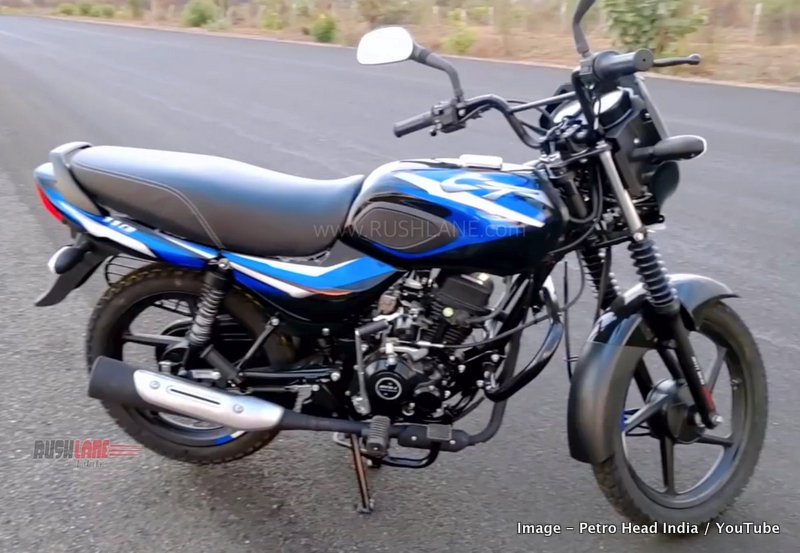 Bajaj continues to quietly introduce updated versions of its motorcycles in a bid to comply with the latest safety regulations. Apart from just upgrading the braking system, the two wheeler maker has also used this opportunity to introduce design spruce ups, updated engines and additional features on most of its models.

The latest to receive the nip and tuck is the Bajaj CT 110 entry level commuter. While the prices are yet to be announced officially, the new version has started arriving at dealerships across the country. Just like the recently updated Platina, the new CT comes with an array of improvements.

Being a sub-125 cc motorcycle, the 2019 Bajaj CT 110 receives the mandatory combi-braking system (Bajaj likes to call it as Anti Skid Brakes). Other noteworthy changes include knee pads on the fuel tank for improved grip, revised graphics, larger seat with thicker cushion, and larger rear view mirrors with rubber cover for the stalks. Below is a detailed walkaround video by YouTube channel Petro Head India.

The most significant change is the new 115 cc single-cylinder air-cooled DTS-i engine which is mated to a 4-speed gearbox. Technical specifications are not released yet but the same engine produces 8.6 hp and 9.81 Nm of torque on board the recently updated Platina H-Gear. It remains to be seen if the updated engine is already compliant with the upcoming BS-VI emission norms or not.

Considering that the updated Platina with front disc brake and 5-speed gearbox is priced at INR 55,000 (ex-showroom), we expect the 2018 CT 110 to be cheaper by at least INR 3,000 to 5,000. The motorcycle will rival other entry level commuters such as Hero HF Deluxe, Hero CD Dream 110, Yamaha Saluto RX, TVS Sport, etc.

While the two wheeler industry has been witnessing several months of slow down leading to increased level of inventory at dealer level for most OEMs, Bajaj has been the least affected brand. By introducing updated motorcycles in regular intervals, the Pune-based manufacturer is managing to maintain footfall at dealerships.

While commuter motorcycles are not exactly cash cows for Bajaj Auto, the company can’t afford to completely neglect the price sensitive mass market segment that is responsible for making India the largest two wheeler market in the world.