After much waiting, Bajaj Dominar 2019 edition is ready for launch. Ahead of that, Bajaj conducted media rides at an event in Pune, where official details about the motorcycle were revealed. Price has not been revealed. 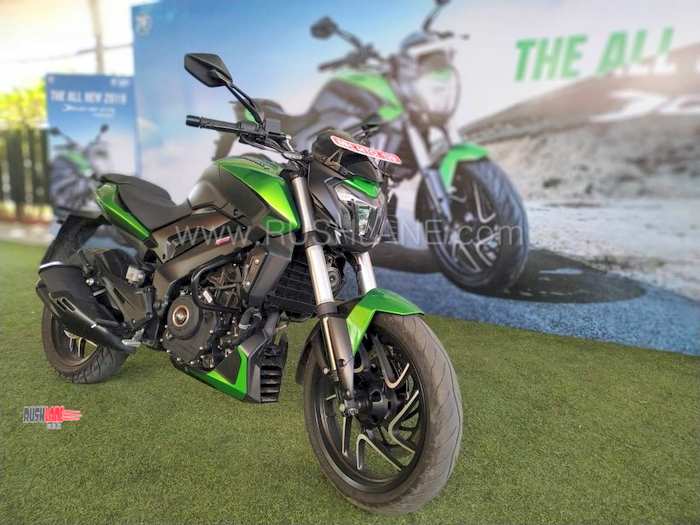 2019 Dominar 400 continues with the same LED headlamp set up. It gets new 17” alloy wheels finished in a silver and black color scheme, and fitted with MRF tyres. Braking is via Bybre 320mm disc brake in the front and 220 mm disc brake at the rear. Dual ABS is standard. In terms of dimensions, the 2019 Dominar 400 will be much the same as its earlier variant, except for added width which will now stand at 836mm as against an earlier 813mm and kerb weight, which has been increased from 182 kgs to 184 kgs.

Engine specifications also get detailed. 2019 Bajaj Dominar 400 will be powered by a Dual Overhead Camshaft (DOHC) setup as is also seen on the KTM Duke 390. The 373.3cc, single cylinder, liquid cooled engine will offer 40 PS power at 8,650 rpm and 35 Nm torque at 7,000 rpm mated to a 6 speed gearbox. The new engine ensures quicker acceleration and higher top speed.