2019 Bajaj Dominar is all set to be launched in India. It comes in at the right time, to reverse Dominar’s sales decline. First launched in December 2016, Dominar is set to receive a major upgrade. To be seen with a host of feature and performance updates, the new Dominar will also comply with new safety regulations, thus making it much more desirable than its outgoing counterpart.

Though Bajaj has not announced a launch date yet, select dealers have started accepting bookings. These dealers are of the opinion that test ride versions will arrive by 25th Jan, while deliveries will start by the end of this month. A few individuals have already managed to book 2019 Dominar. Booking amount ranges from Rs 5,000 to Rs 20,000, depending on the dealer. 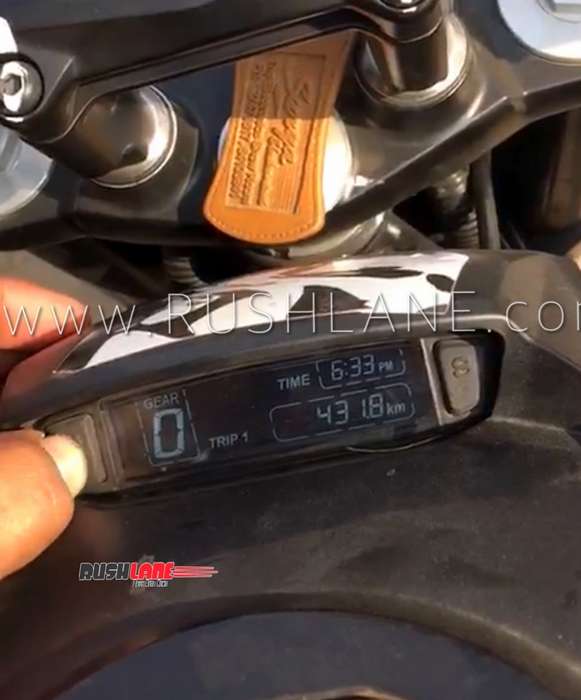 2019 Bajaj Dominar, now days away from launch, has been spied once again. The latest spy video shows the new twin barrel exhaust in detail. In the video you can also listen to the roar of the new exhaust. Thanks to this new exhaust, ground clearance has been improved, resulting in better performance – be it while taking corners, or while off-roading.

Other visual changes include new upside down front forks on the 2019 version as against telescopic front forks on its earlier counterpart. This update will help deliver much better handling. The 2019 Dominar will also get an updated instrument cluster offering more information than before. The revised instrument cluster will now show side stand indicator along with positions of gear shift indicator, fuel gauge and odometer while the Dominar will also get a larger radiator. Watch the video below to see all that is new in the 2019 Dominar.

2019 Bajaj Dominar which will continue to be powered by a 373.3cc, single cylinder, four stroke, liquid cooled engine. Currently, this engine offers 35 PS power at 8,000 rpm and 35 Nm torque at 6,500 rpm mated to a 6 speed gearbox. On the new Dominar, output is expected to be updated to deliver better performance. Slipper clutch comes as standard, while engine could be BS6 compliant. ABS will be a standard safety feature on the new 2019 Bajaj Dominar with 320mm disc at front and a 220mm disc at the back, paired with a dual-channel ABS.

It will keep up its position as the company’s flagship model and will compete with the recently launched BMW G310R; though at a much more affordable price. Expect launch price in the range of Rs 1.8 lakhs ex-showroom.