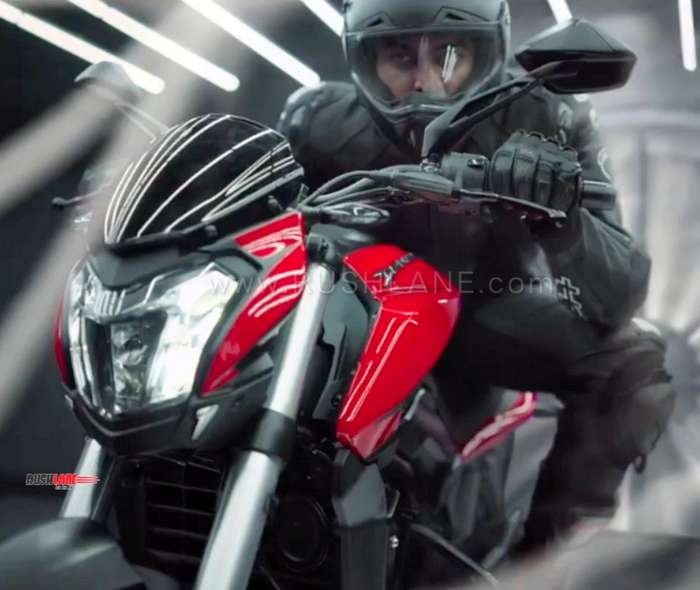 It also delivers 5 PS more power than before, torque output is same at 35 Nm. Transmission is via 6 speed gearbox. Colour options on offer are green and black. But a new TVC revealed today, confirms two more colour options of Red and Silver. Watch the TVC video below.

Apart from Dominar, Bajaj has also featured the new Pulsar, Avenger and Platina in the new TVC. In all the TVCs you will notice that Bajaj is focusing on showcasing that they make world-class products. The idea behind the new TVC is to showcase audience that Bajaj is a global two wheeler brand which has presence in over 70 countries across the globe.

With manufacturing plants across India, Bajaj is country’s 4th largest two wheeler maker, and the largest exporter of motorcycles. In March 2019, Bajaj sold 2.2 lakh motorcycles in the domestic market and exported 1.03 lakh motorcycles.

Next, Bajaj plans to launch a very innovative Pulsar and Platina in India. Both these motorcycles are expected to be launched in June. This was revealed by Rajiv Bajaj. Apart from that, Bajaj will also launch their Urbanite electric brand this year. This brand will take care of electric two wheelers (scooters and motorcycles) as well as rickshaws.