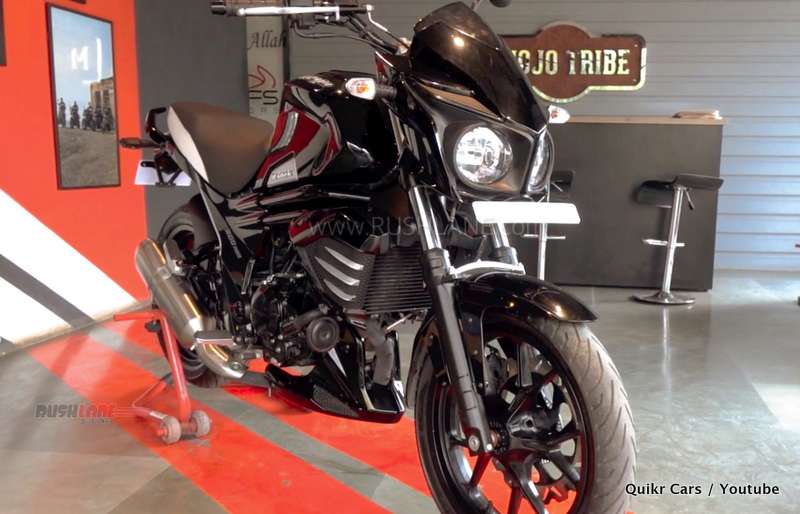 Mahindra’s persistence with the Mojo brand continues, as ABS variant of the bike has been launched at a price of Rs 1.89 lakh (ex-showroom). Even though sales had been dismal earlier, the company is hopeful that the ABS variant will help revive sales. To understand its future prospects, here’s a quick comparison between 2019 Mahindra Mojo 300 ABS and one of its key rivals Bajaj Dominar 400.

Design and styling: 2019 Mahindra Mojo 300 ABS gets a sober look, as certain features that were there earlier have been changed or removed. LED DRLs are missing and the prominent golden double-tube frame gets replaced with black tubes that are located below the fuel tank.

The dual-exhaust setup has been replaced with a singular unit on the right side. In comparison, Bajaj Dominar 400 looks more imposing and comes with attractive dual-tone contrast colour theme. Its styling elements are clearly defined, which give the bike a unique character. 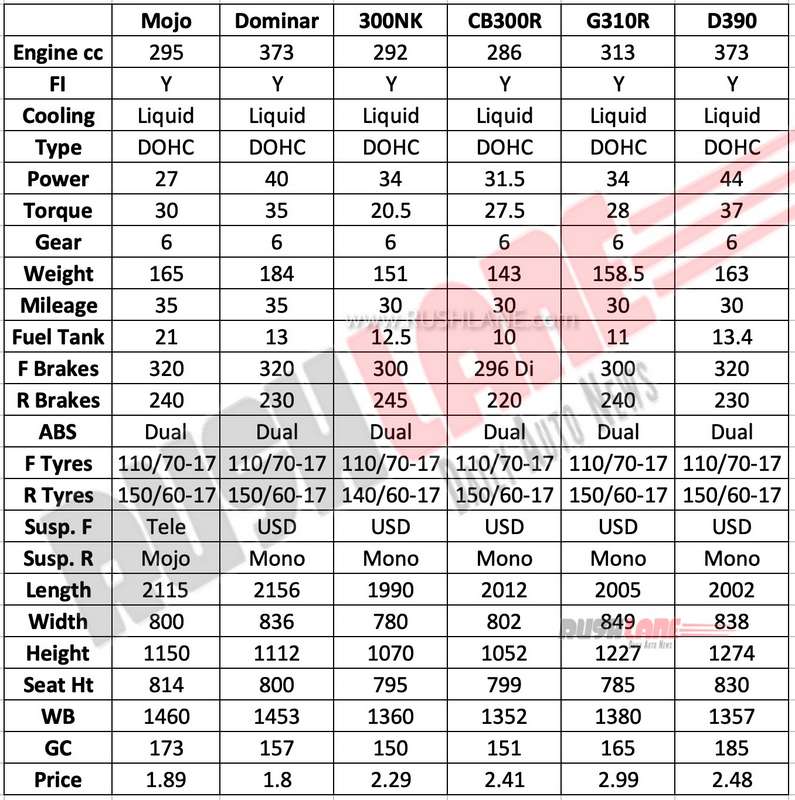 Suspension: Mojo earlier had USD forks, but it has been replaced with conventional telescopic forks. Rear suspension comprises a gas charged monoshock unit. Dominar 400 has 43 mm USD forks at the front and monoshock with nitrox at the rear.

Braking: 2019 Mahindra Mojo ABS has 320 mm and 240 mm disc at front and rear respectively. The bike also gets ByBre callipers. Dominar has the same size front disc, but its rear disc is 230 mm. Both bikes come with dual channel ABS.

Price: Even though some features have been discontinued, 2019 Mahindra Mojo ABS is priced higher than Bajaj Dominar 400. The former has been launched at Rs 1.89 lakh whereas the latter retails at Rs 1.8 lakh.