2019 Bajaj Dominar spied in new colour ahead of launch

2019 Bajaj Dominar is just a few days away from launch. After being showcased officially in the new Bajaj brand film, the new Dominar has now been spotted at a dealership, where it has most likely arrived for training purpose.

Current 2018 Dominar is on offer with 3 colours – Blue, Red and Black. There was a white colour option on offer, when the bike was first launched in 2016. But the same was discontinued at the start of 2018. With the the 2019 Dominar now spotted in white colour, it seems that the white Dominar is making a comeback. 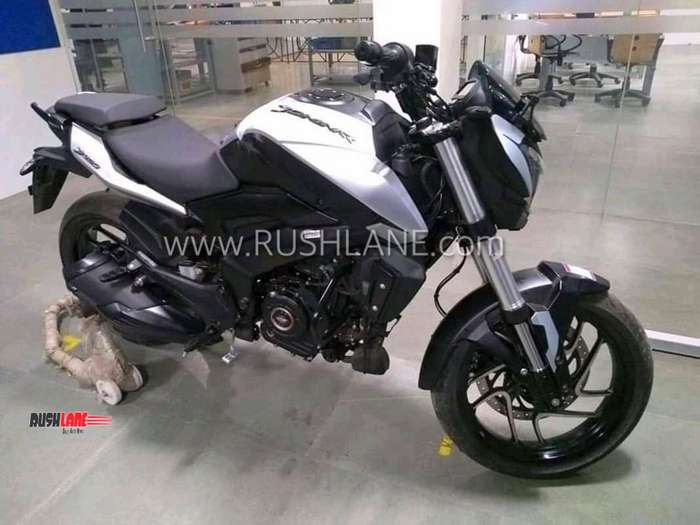 Dominar 400 is an ambitious project for Bajaj, but sales numbers have not been satisfactory. Sales have been dwindling in the last few months, with only 24 units sold in December 2018. This is likely due to the forthcoming launch of updated Dominar. Bajaj is hopeful that new Dominar will help achieve a turnaround in sales.

2019 Bajaj Dominar has sweptback twin-barrel exhaust that comes with brushed aluminium finish. It is visually appealing and functionally relevant, as it increases ground clearance. Another key update is USD front forks, which replaces the earlier telescopic front forks. There is no change in rear suspension, which will be the same multi-step adjustable mono-shock unit. 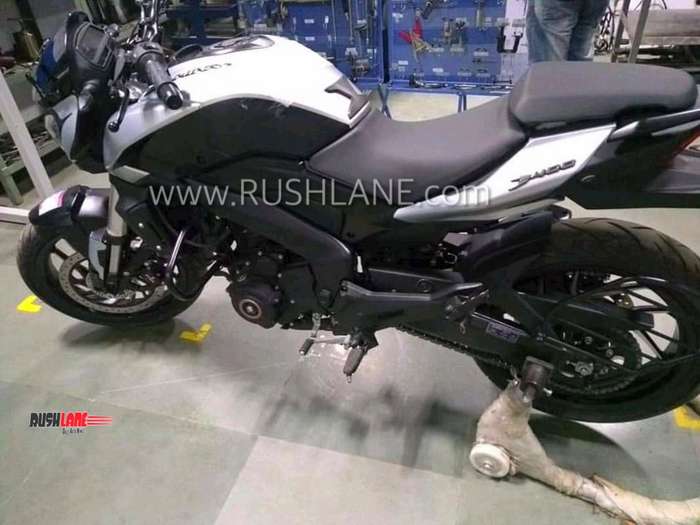 2019 Dominar will offer dual-channel ABS as standard. It comes with 320 mm and 220 mm disc at front and rear, respectively. It will use the same engine as the outgoing model, but it could be tweaked to deliver improved performance. Existing engine has SOHC setup, which will be replaced with DOHC setup, as seen in KTM 390 Duke. The 373.3 cc triple spark, 4-valve, DTS-i, liquid cooled, fuel injection engine currently makes 35 PS @ 8000 rpm and 35 Nm @ 6500 rpm. It is mated to a 6-speed gearbox, integrated with a slipper clutch that ensures seamless gearshifts. Upgraded engine and exhaust system could have been designed to achieve compliance with BS-VI emission norms.

Some dealerships are accepting bookings for 2019 Dominar for Rs 10,000, even though official bookings are yet to start. With the upgrades, new Dominar is likely to be costlier. Expected price is around Rs 1.8 lakh.