2019 Bajaj Pulsar 220 F ABS has been silently launched. It will comply with new safety regulations to be enforced from 1st April 2019 and thus get ABS as a standard feature. The Bajaj Pulsar 220 F will be seen with disc brakes on both wheels and single channel ABS, fitted on its front brake.

This new feature has resulted in a marginal rise in price. New Pulsar 220 price is increased by around Rs.7,600 over the regular variant. With the current model priced at Rs.97,670, the ABS equipped version carries a price tag of Rs1,05,254. Dealerships have already opened bookings for the new Bajaj Pulsar 220F ABS.

Apart from inclusion of the ABS feature, no other changes will be seen on the Bajaj Pulsar 220F apart from fresh graphic schemes and a new crash guard. It will continue to be powered by the same 220cc, single cylinder, oil cooled engine offering 20.9 bhp power at 8,500 rpm and 18.6 Nm torque at 7,000 rpm. 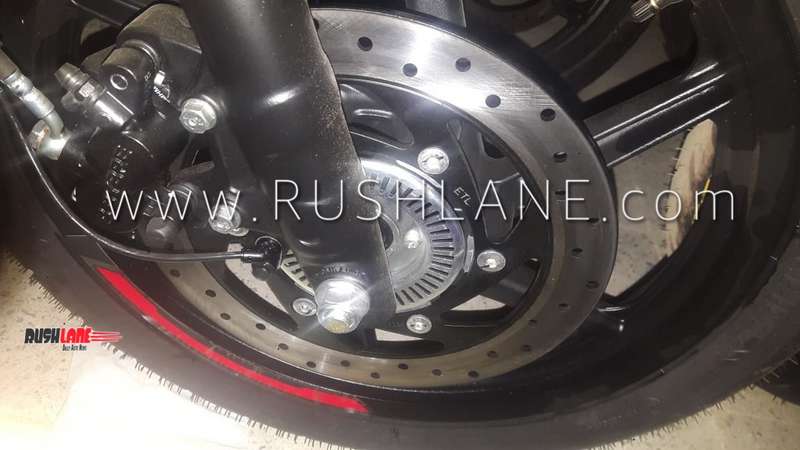 2019 Bajaj Pulsar 220 ABS is presented in color options of Laser Black, Nuclear Blue, Chrome Black and Dyno Red. This entry level sports bike is among the most popular in the market and ever since launch has not received any significant updates.

It was initially offered with a fuel injected engine and called the Pulsar 220, but following certain constraints, was introduced with a new carbureted engine and was renamed Pulsar 220F. Apart from the Pulsar 220, other Pulsar’s too have been equipped with ABS. This includes Pulsar 150 and 180. Avenger 220 too has the ABS now. All have single channel ABS.