2019 Bajaj V15 with cosmetic as well as mechanical updates has been launched in India. It is priced from Rs 65,700, ex-showroom. It does not get ABS yet. Expect the ABS variant to be launched by March 2019.

For starters, the 2019 Bajaj V15, which also gets its commemorative plaque on fuel tank from the INS Vikrant, is seen with cosmetic changes among which are new colors, body graphics and minor touches. 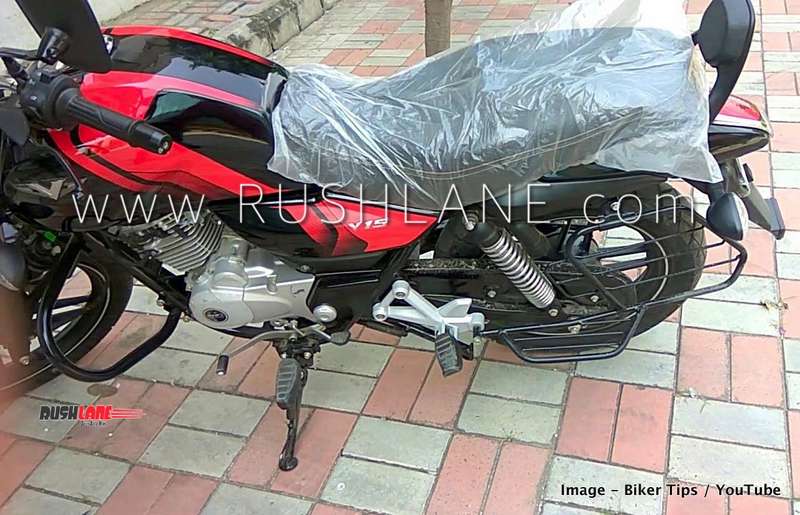 Transmission is via the same 5 speed gearbox as before. But, there is also a change in the shift pattern of gear system. Earlier Bajaj V15 featured all up-shift gear system. Now, it is similar to Pulsar’s one-down, four-up system.

In the front, 2019 V15 gets telescopic forks, while at the rear it has gas charged twin shocks. Other feature updates include addition of better padding on the seats, a backrest for pillion, graphics have been slightly changed, the red colour is now more brighter, etc.