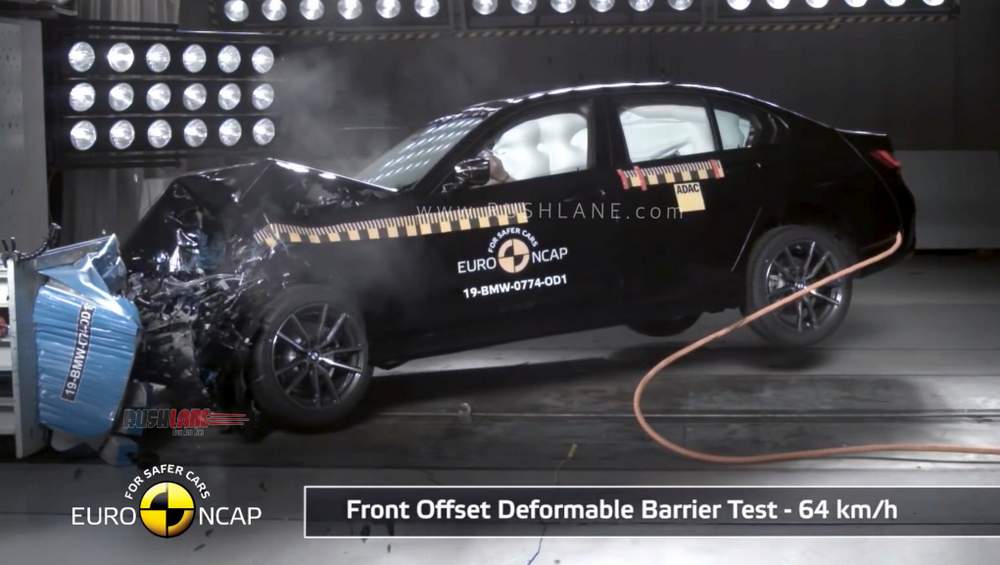 The rating for the BMW 3 Series luxury sedan was in its left hand drive iteration in its 320d format which was used to conduct these tests. NCAP’s four main scoring categories include Adult Occupant, Child Occupant, Vulnerable Road Users and Safety Assist and the 2019 BMW 3 Series achieved rating of 97 percent, 87 percent, 87 percent and 76 per cent in each of these four categories respectively.

In terms of adult occupant safety, the BMW 3 Series received 7.9/8 in Frontal Offset Deformable Barrier and 7.6/8 for full frontal width. Where whiplash rear impact was concerned, the score stood at 1.6/2 points.

For child occupants, the test performance was based on children in the age group of 6-10 years with a scoring of 23.8/24 points while in terms of safety features it scored 7/13 points. In the case of pedestrian tests, the 3 Series scored 31.6/36 points. Full crash test safety report can be seen below.

In India, the BMW 3 Series 320d Sport and Luxury Line variants and 330i M Sport variant are on sale and priced between Rs.41.40-47.90 lakhs. It comes in based on the CLAR architecture due to which it gets increased dimensions.

On board features include LED head lamps, L shaped DRLs and LED tail lamps. Interiors receive an 8.8” touchscreen infotainment system. The BMW 3 Series 330i M Sport is powered by a 2.0 liter, 4 cylinder, turbocharged engine offering 256 hp power and 400 Nm torque while the 320d gets a 2.0 liter, 4 cylinder, turbocharged diesel engine capable of 190 hp power and 400 Nm torque. Both engines get mated to an 8 speed Steptronic automatic transmission.