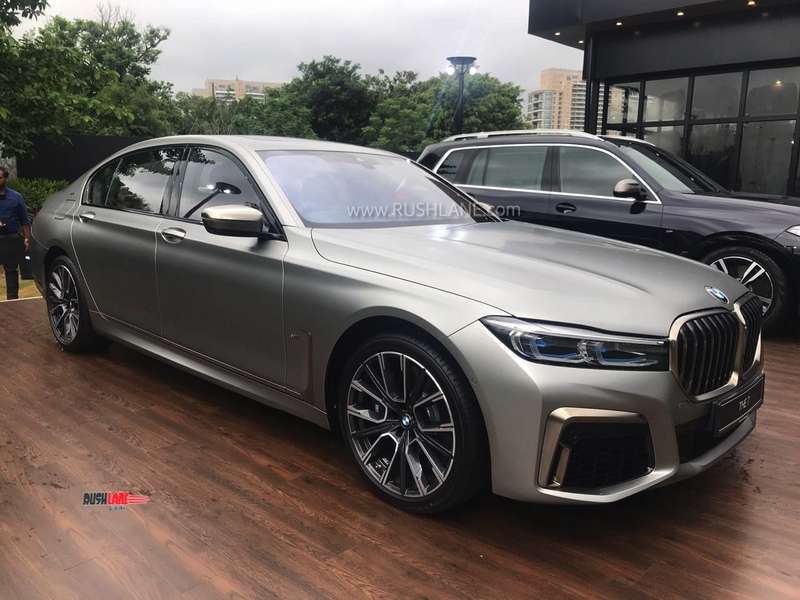 At an event in Gurgaon today, BMW finally launched the 2019 facelift of its 7 Series luxury sedan along with the X7 SUV. The updated sedan now costs Rs 1.22 cr for the base variant, ex-showroom India.

Talking about the facelift, the most prominent change on the sedan is the larger front grille, in fact 47% larger than before. Though the iconic kidney grille theme has been retained, global audience has had a mixed reaction to the new massive chrome grille.

The BMW logo too has increased in its size and is 12mm larger in diameter. LED headlamps are now slimmer and sharper, and the bumper looks better sculpted than before. However, overall profile & silhouette of the car remains the same. 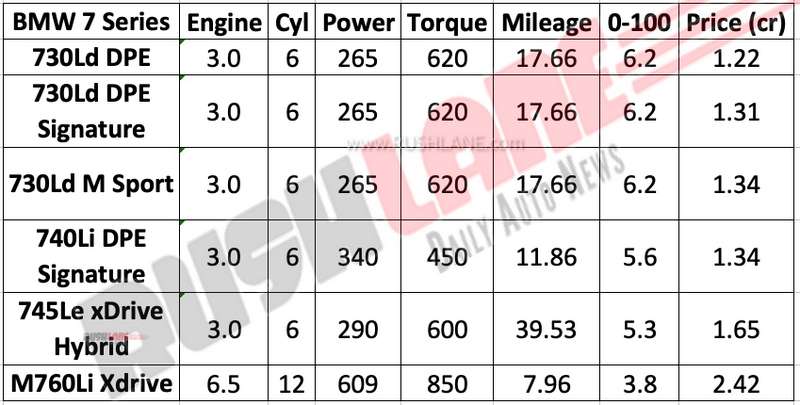 Step in, and you get a quieter than before cabin, thanks to the thickness of the glasses which has been increased by 5.1 mm. Additional insulation inside the rear wheel arches further help to cut out external noise from outside.

Another highlight is the new digital instrument cluster which is also available on models like the X7 and 8 Series. Features like lane monitoring, in-built perfume and wireless charging have been made standard across the range. BMW has also introduced newer leather trim options.

As it is a facelift and not a generation upgrade, there aren’t many technical changes in the car. Like before, the sedan is based on BMW’s CLAR platform. As far as variants are concerned, the 7 series will be available in 1 diesel, 2 petrol and 1 petrol hybrid option. In all there are six trims are on offer.

Top of the line M760Li xDrive is powered by the mammoth 6.5 liter V12 petrol, which delivers 609 hp and earth shattering 850 Nm. This translates in 0-100 sprint in just 3.8 seconds. Mileage is 7.96 kmpl. Just like diesel engine variants, petrol variants too are mated to 8 speed automatic transmission.

Petrol 740 and diesel 730 variants are assembled in India at Chennai plant. Remaining are imported as CBU. 2019 BMW 7 Series will continue to face competition from its rivals like Audi A8, Mercedes S Class and Jaguar XJ L, all of which are priced in the similar range.