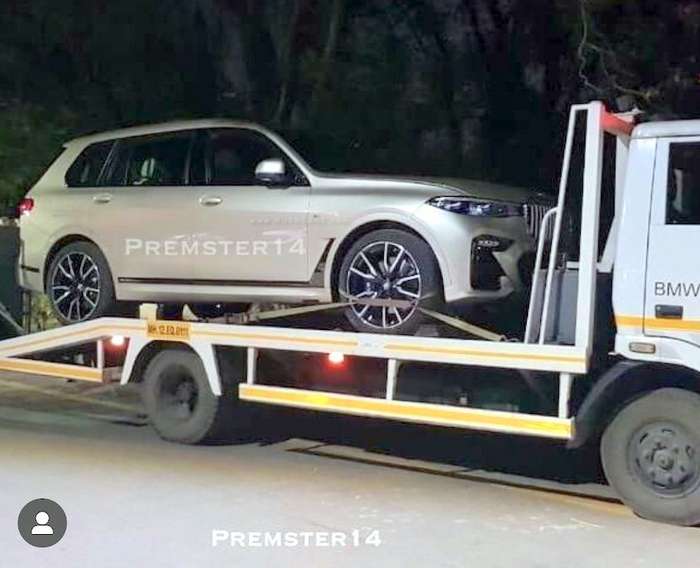 BWM is all set to launch the new X7 in the country soon. Back in 2018, we had seen some spyshots of the SUV with considerable camouflage. Later, the M50d variant was displayed at the annual India Art Fair in Delhi in February’19.

Now, the first petrol variant of 2019 BMW X7 SUV has been spied undisguised by Premster14 in Pune. The largest BMW SUV till date, is being transported on a flatbed, which too is carrying a BMW sticker. It is most likely heading to ARAI, for homologation. Though the company has confirmed that the X7 will be assembled at BMW’s Chennai plant, it might bring in the first few units via the CBU route to expedite the launch.

2019 BMW X7 is available in 2 seating configurations, a 7-seater variant (standard) and an optional 6 seat version. It is not clear which one will come to India. The boot space is also flexible which can go up from 326 litres to 2,120 litres, depending upon the requirement. There are multiple powertrain options which the German carmaker provides in international markets. 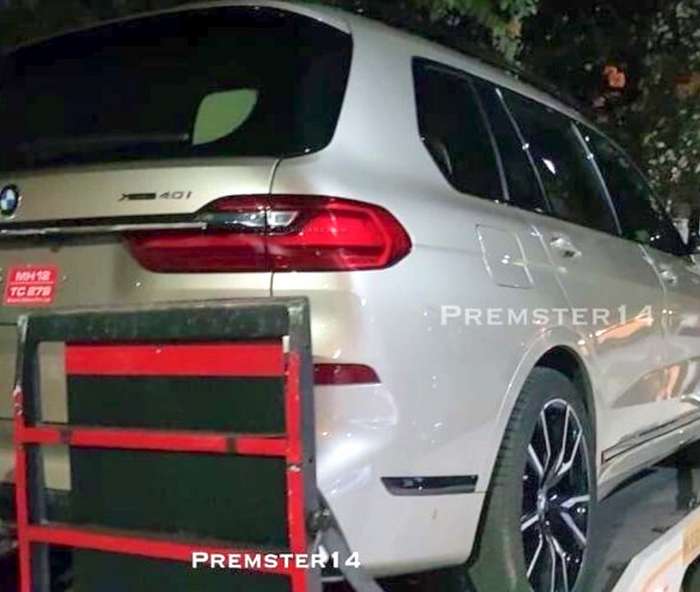 On the outside, X7’s LED headlamps with laser high-beam dominate the front look while the massive 22-inch alloy wheels steal the show when the SUV is looked at from the side. At the rear it is the slim LED lights which stand out in design.

Talking about X7’s interiors, it comes loaded with some class defining features. The standard list includes a 12.3-inch touchscreen infotainment system, an all-digital instrument panel, four zone climate control system, a three-piece glass sunroof, reclining option for seats of all three rows and a lot more! Expect prices to be in the Rs 1.5 cr range.