Ford India has quietly updated two popular variants of its EcoSport compact crossover with more upmarket looking instrument console. The Titanium and Titanium+ petrol / diesel variants now receive chrome highlights for the speedo and tachometers in addition to a larger MID. So far, the premium instrument console was only available in the top-of-the-line EcoSport S variant.

The minor update appears to be based on customer feedback. It could also be a subtle way to improve the EcoSport’s appeal in a segment which witnessed the entry of a new contender in the form of Mahindra XUV300. There are no other changes to the EcoSport Titanium and Titanium + variants. The prices have not been changed either. 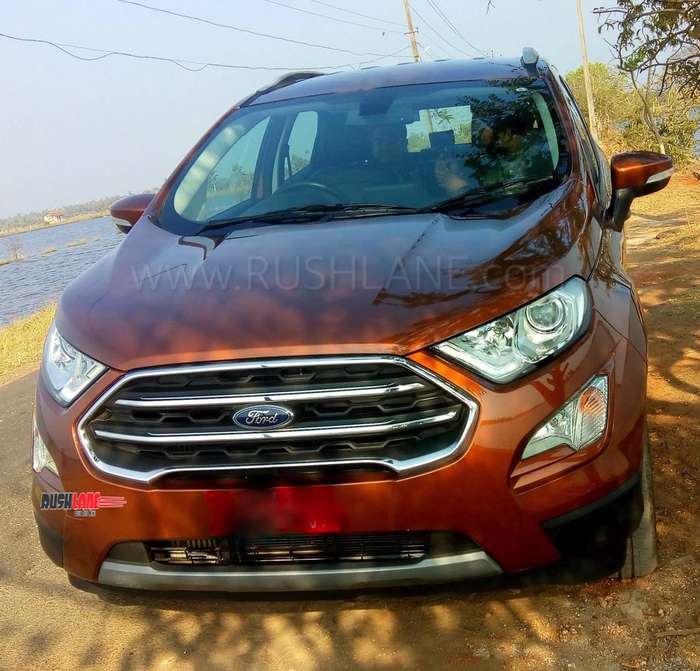 The Ford EcoSport inaugurated the sub-4 compact crossover segment which has emerged as one of the highly lucrative and competitive segments in our market now. While the EcoSport has been clocking average monthly sales of around 3,500 units of late, the segment leader Maruti Vitara Brezza has been outselling the Ford SUV by more than 3 times as it registers about 15k monthly sales. The Tata Nexon which entered the scene in 2017 too outsells the EcoSport but only by a narrow margin.

The arrival of highly anticipated Mahindra XUV300 would put more pressure on EcoSport’s market share in the compact crossover market. The Mahindra crossover which is essentially a re-engineered version of SsangYong Tivoli is priced at par with the EcoSport. Just like the Ford, the new entrant boasts of several premium features but the novelty factor would play in its favor.

It would be interesting to keep a close tab on the sales figures of the sub-4 crossovers for the next few months to see how big an impact the Mahindra XUV300 has made in the segment. Within 2-3 months, the segment will be a lot more crowded as the Hyundai Carlino Styx sub 4 m is set to join the fray.