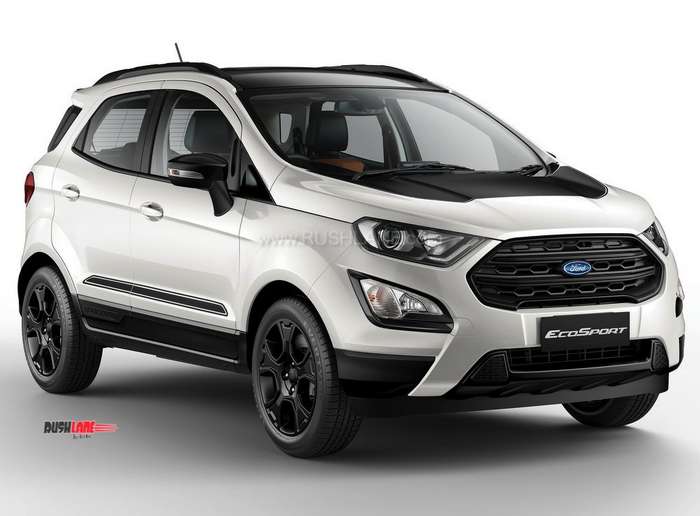 With the Hyundai Venue and Mahindra XUV300 eating into the sales of Ford EcoSport, the company today updated the prices of the compact SUV. As per the 2019 price list of Ford EcoSport, prices have been reduced by up to Rs 57,000. In addition to this, a new Thunder Edition of Ford EcoSport has also been launched. Below is the detailed price list, ex-sh.

Ford EcoSport Thunder Edition is based on the Titanium trim and is priced same as the Titanium plus variant of regular EcoSport. The higher price of Thunder Edition is due to cosmetic updates which include matte black decals on doors, tailgate and hood. It sits on low profile 17” black alloy wheels and gets a blacked out roof, front grille and headlamp cluster. It also receives blacked out ORVMs and a black cover for tailgate mounted spare wheel.

Interiors follow a dual tone color scheme in black and beige or black and orange. It will be seen with extensive use of black throughout its interior makeup with gloss black inserts taking the place of chrome accents as seen on its regular counterpart. Faux wooden elements are seen on doors while upholstery is in beige leather. On board equipment is the same as that seen on the Ford EcoSport Titanium trim which includes climate control, keyless entry and Sync2 infotainment system. 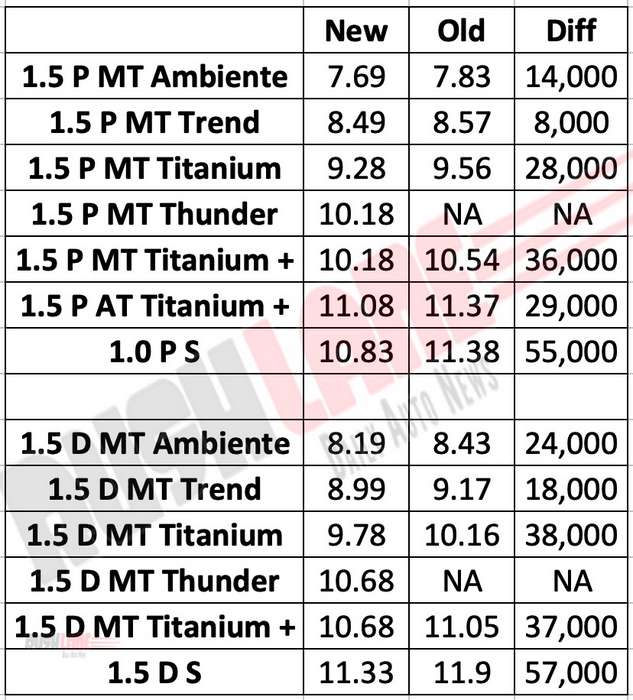 The Ford EcoSport Thunder Edition will get powered by the same engine lineup as seen powering the Titanium trim. The 1.5 liter Ti-VCT petrol engine delivers 121 bhp power and 150 Nm torque while the 1.5 liter TDCI diesel engine offers 99 bhp power and 205 Nm torque. Speaking about the deletion of features, the top trim misses out on leather upholstery, SYNC3, and cruise control.

Ford EcoSport was the oldest and most in demand sub 4 meter SUV at one point of time. However, with the arrival of Maruti Suzuki Brezza, it took second spot while the arrival of other competitors such as Tata Nexon, Mahindra XUV300, Honda WR-V and Hyundai Venue further upset its position in its segment. The EcoSport facelift was launched in November 2017 while the Signature Edition also came in last year but did little to boost sales.

Today, Ford EcoSport is the least selling car in the segment. Of the 30,000 units registered by the sub 4m SUV segment, EcoSport manages to take home about 3,000 units every month. With the launch of new Thunder Edition, and price cut across variants, Ford India could be hoping to push sales in the ever growing compact SUV segment.