2019 Hero Karizma spied for first time ahead of launch – Video 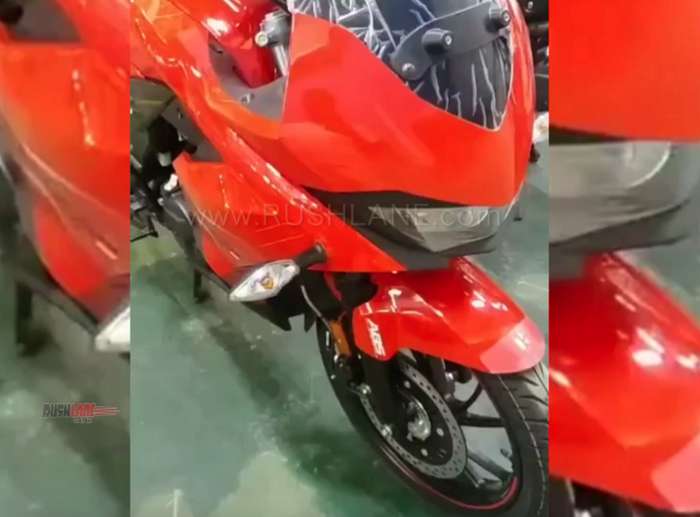 The original Hero Karizma was a pioneer in the Indian compact displacement sportsbike segment. In fact it single-handedly inaugurated the segment and provided the initial impetus. However, several years later, when the compact sportsbike segment took off in India in a big way, the Karizma was nowhere to be seen. The subsequent Karizma ZMR versions fell massively short of emulating the first gen model’s success and soon people forgot the venerable nameplate.

Given that 200-300 cc motorcycle space is continuing to flourish, the Karizma brand is too lucrative for Hero to keep it dormant. There has been news that the Indian two wheeler giant is working on a next generation model which would borrow the 200 cc engine from the Xtreme platform.

The motorcycle in question has been spotted without any disguise for the first time, and its design (especially the front fairing) has mild similarities to the HX250R concept. It is possible that Hero could use a different branding for this motorcycle and reserve the Karizma nameplate for an even more premium offering in the future. Watch the first leaked walkaround video below.

The fully faired Hero motorcycle features a sharp chin, tall visor, side panels which conceal everything except crankcase, and a simple fuel tank. The tailpiece is not clearly visible in the spy video but we can confirm that the silencer canister is slightly different from the one on the Xtreme 200R. Closer look reveals that the motorcycle is equipped with ABS which is not a surprise given that the feature is mandatory now.

The new fully faired Hero motorcycle is expected to derive a lot of its components including the chassis, engine suspension, wheels and braking system from the Xtreme 200R. The Xtreme’s 199.6 cc engine is air-cooled but the new bike may employ oil-cooling to compensate for the lack of adequate ventilation due to the fairing. In its current avatar, the motor is rated at 18.4 PS and 17.1 Nm of torque, and is paired with a 5-speed gearbox.

The new Hero Karizma is likely to benefit from enhanced outputs to build a stronger case for itself. We expect the soon-to-be-launched motorcycle to be priced in the vicinity of INR 1 lakh (ex-showroom).