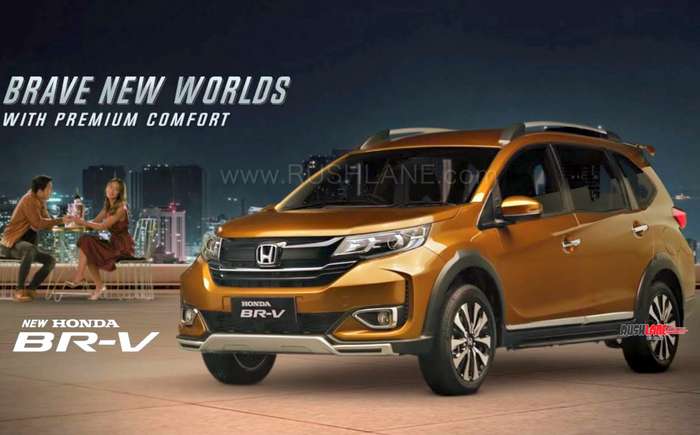 Honda’s 7 seater BR-V has received a mid cycle update. It is currently on display at the 2019 Indonesia International Motor Show, which opened its doors on 25th April. The show will go on till 5th May. This is the first time that the BR-V has received an update ever since the current BR-V was unveiled in 2015.

2019 Honda BRV facelift gets cosmetic updates on outside as well as on the inside; though in terms of mechanics it stays the same. These feature updates include a new front bumper, fog lamp housing, faux skid plate and new headlamps with LED DRLs. It also gets new diamond cut alloy wheels, a tweaked rear bumper, roof rails and extensive use of chrome throughout its exterior enhancing its premium appeal.

Launch of the updated Honda BRV is much needed in India, especially since the current version has been noting a decline in sales. In India, current BRV posts around 300-400 units in sales per month. These are negligible, especially when compared to the Maruti Ertiga which averages at around 7,000 units per month. Even the newly launched Mahindra Marazzo is doing better, with about 2,800 sales per month.