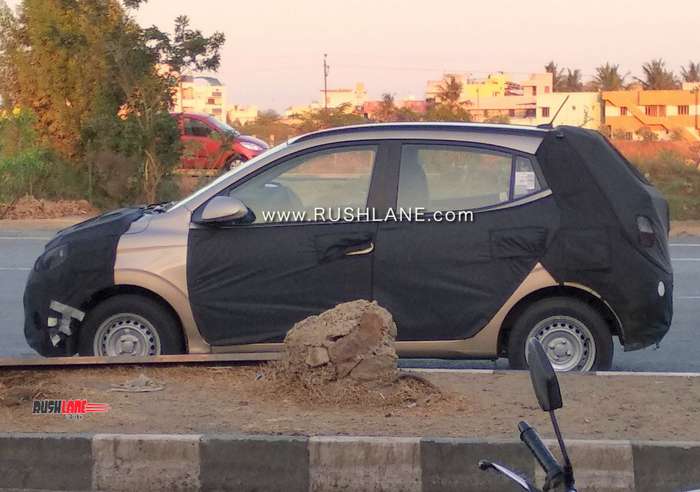 The 2019 Hyundai Grand i10 has been testing on public roads extensively for the past few months. In this latest spy shot sent in by our reader from Chennai we can see the compact hatchback in complete production read guise. The partially disguised model conceals the areas that have undergone significant changes.

The hatchback proved to be a worthy successor to the iconic i10 and has been an important volume puller for Hyundai in India since its launch in 2013. The new Hyundai Grand i10 promises to live up to the high standards set by the outgoing car.

While the styling is more of an evolution than a complete revamp, the front and rear fascias have undergone significant revisions. Going by the recent Hyundais, we expect the grand i10 to feature a larger hexagonal grille with new mesh elements. The headlamps, fog lamps and taillights are revised as well. 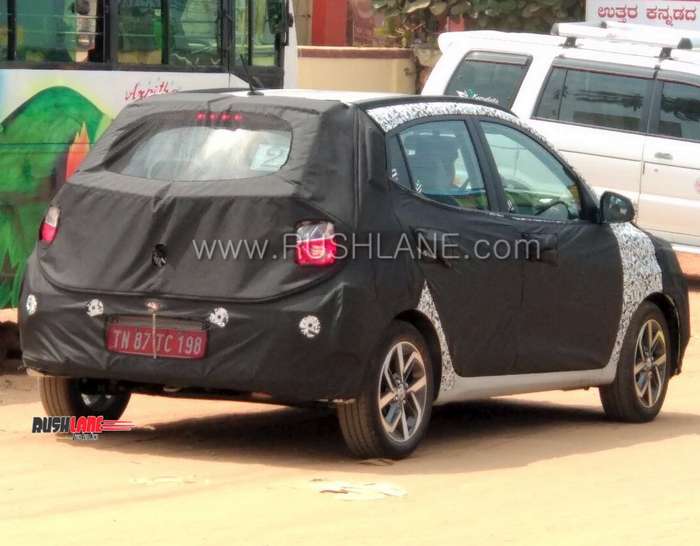 The new Grand i10 is based on a new platform so it would be larger than its predecessor. The increment in dimensions would be utilized in maximizing the rear seat space. The Maruti Swift competitor will receive a comprehensively revamped interior with modern features. Even at the end of its life span, the current Grand i10’s interior is considered to be the best in segment and we expect the new car to make things even better.

In terms of equipment, the new gen Hyundai Grand i10 will feature a larger touchscreen infotainment system, new generation connectivity features, standard dual airbags, ABS, EBD, seat belt reminder, reverse parking sensors, speed alert system, etc. As far as the powertrain lineup is concerned, we expect the existing 1.2-liter petrol and diesel engines to be carried forward albeit with BS-VI upgrade. So expect the motors to be more fuel efficient.

The new Hyundai Grand i10 will be going head on with the likes of Maruti Swift. The hatchback is expected to be launched in time for the festive season. Before that, Hyundai India will be focusing on launching the eagerly anticipated Venue sub-4m compact crossover in May.