2019 Hyundai Grand i10 spied in Pune – Getting homologated at ARAI?

Hyundai Motors India Limited (HMIL) has a slew of new launches lined up for launch in India. These include a new Santro hatchback which will launch on 23rd October 2018, a new Grand i10, set for launch in early 2019, while the company is also known to be working on a sub 4 meter SUV (codenamed QXi) which will take on the Maruti Brezza and Tata Nexon in terms of competition.

Speaking of the Hyundai Grand i10, which has been spied once again on test. This time, the car was spotted by Sarthak Shewale, who has shared the images on Facebook Group Rushlane Spylane. The car is seen in production ready format, and is believed to be undergoing test by ARAI for homologation purpose. 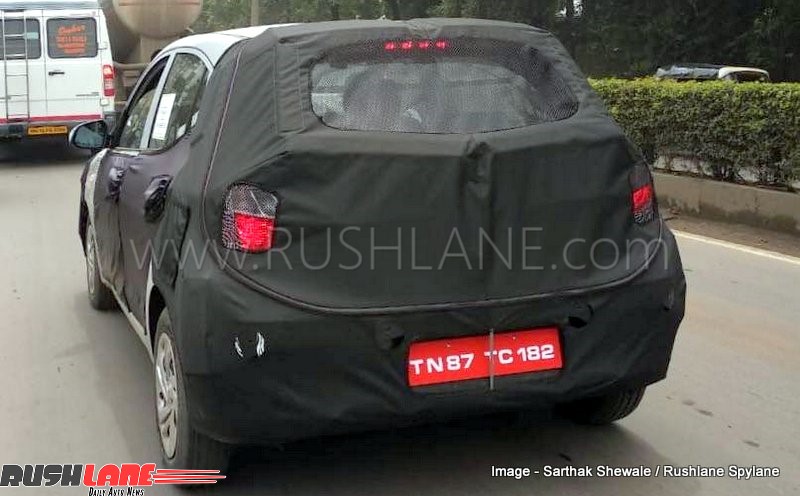 The upcoming hatchback will replace the current Grand i10. It will sport the latest version of the Hyundai’s signature cascading grille. It will get a clamshell hood, raked nose and will be seen with a rising shoulder line. The Hyundai Grand i10 will also receive large windows, sharp headlamp designs and dual tone precision cut 15” alloy wheels.

Interiors will also see some changes and one can expect a multi function steering wheel, new instrument cluster with MID and automatic climate controls. It will also receive rear AC vents and a cooled glove box. Its new floating touchscreen infotainment system will support Apple CarPlay and Android Auto along with reverse camera and navigation. 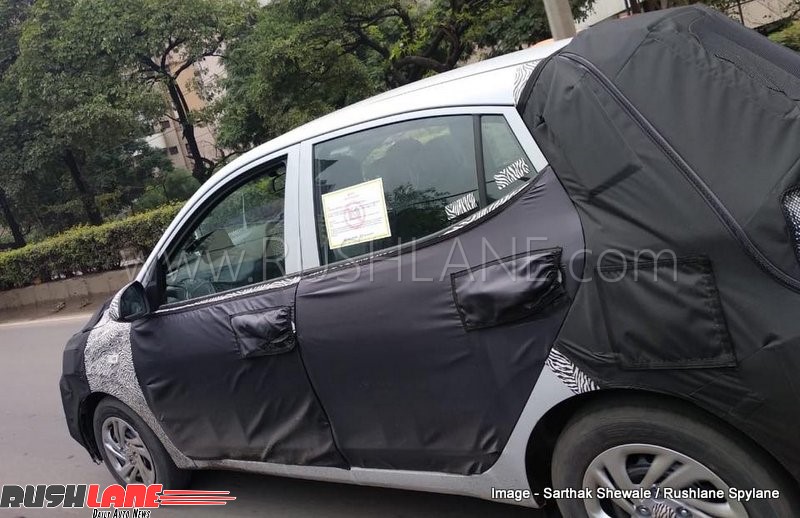 The new Grand i10 will come in with added safety features with all variants to receive driver airbag, ABS, reverse parking sensors and speed alert system along with seat belt warning for front passengers which are a part of the new Bharat New Vehicle Safety Assessment Program (BNVSAP) safety regulations to come into effect on 1 October 2018.