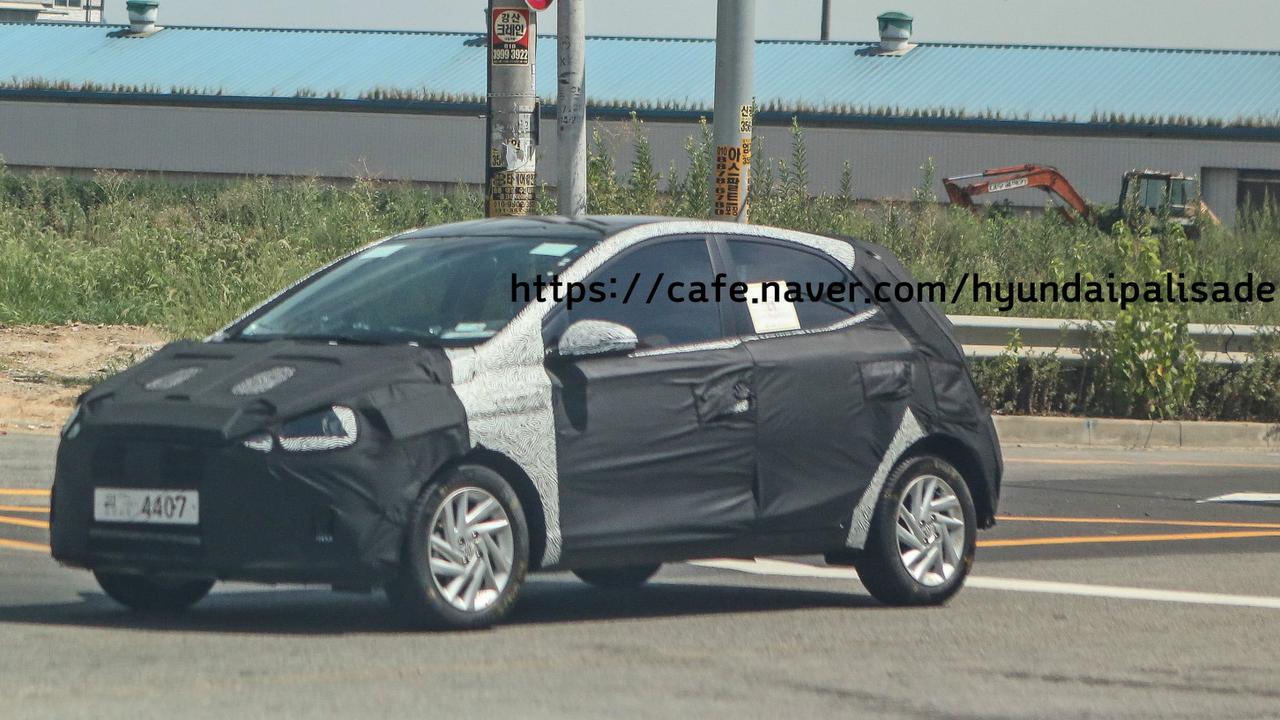 Launched in 2013 as a replacement for the hugely popular i10, the Hyundai Grand i10 is marching towards the end of its life cycle. These set of spyshots which emerged from South Korea confirms that the next gen Hyundai Grand i10 is in advanced stage of development and looks set to make its world debut sometime next year.

The prototype, although fully concealed, looks almost production ready. It appears that the next gen hatchback features a slightly longer wheelbase compared to the outgoing version. This would mean additional interior space, especially at the rear. The overall length will continue to be under 4 meters so it can take advantage of the small car tax structure.

The next-gen Grand i10 doesn’t look drastically different from its predecessor as far as profile is concerned but we expect the front and rear fascias to be significantly redesigned. An edgy hexagonal grille with chrome outline, peeled back headlamps, sporty bumpers, wider taillights and a reprofiled hatch door are the expected changes.

Going by Hyundai’s trend of model updates, one can expect the interior to be complete revised. The existing Grand i10 itself is a very well equipped hatchback to begin with, so we expect the new one to retain its advantage over rivals in this department.

As far as hardware is concerned, Hyundai engineers may look at lightweighting to improve performance and decrease emissions. The engines are expected to continue in their updated avatars. The current Grand i10 for India comes with a 1.2-litre four-cylinder Kappa petrol engine which is good for 83 PS and 113.6 Nm of torque, and a 1.2 U2 CRDi three-cylinder diesel motor which develops 75 PS and 190 Nm of torque. Standard transmission is a 5-speed manual and the petrol engine can also be had with a 4-speed AT.

Hyundai is all set to introduce an AMT in the upcoming AH2 (codename) small car which is widely considered to be the next-gen Santro (Smart Auto). This transmission may find its way to the 2019 Hyundai Grand i10 as well.

Price in India is expected to be in the range of Rs 4.5 to Rs 7.5 lakhs, ex-showroom. It rivals the new Maruti Swift, which is the best selling car in the segment.