Hyundai India is readying the third generation Grand i10; which will launch in India sometime in 2019. Spied testing alongside the Maruti WagonR earlier this month, the car has now been spied once again. This time doing high speed testing on highway.

Sporting the evolved Fluidic Design philosophy which is already offered on premium Hyundai cars globally, the exteriors of new Grand i10 will be seen with a hexagonal front grille, angular headlamps, Elantra inspired fog lamp enclosures and an aggressive bumper design. 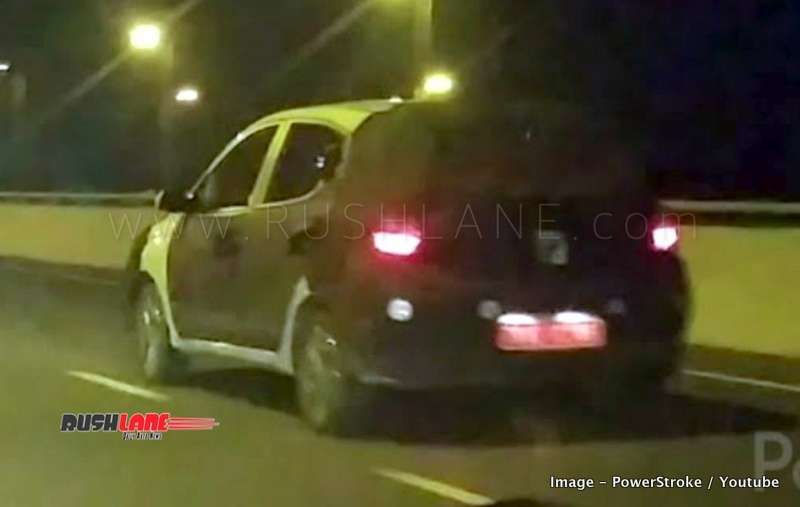 The side will be seen with a strong belt line. Next gen Grand i10 will sit on an extended wheelbase thereby resulting in added interior space. New machine cut alloy wheels were also noted on the test mule earlier.

To up the ante where competition is concerned, the next generation 2019 Hyundai Grand i10 will gain new features. It will be seen with a floating type touchscreen infotainment system with Android Auto and Apple CarPlay, automatic climate controls, rear AC vents, steering mounted controls and refreshed upholstery.

The new Hyundai Gran i10 will be positioned on a modified version of the BA platform which will allow it to comply with upcoming crash test norms with its better structural integrity. The new platform will also allow better high speed stability and overall improved driving dynamics.

Engine specifications on the next gen Hyundai Grand i10 will include the same engine seen on its current model with upgrades so as to comply with new BS VI standards. The 1.2 liter, 4 cylinder petrol engine offers 83 PS power and 113.6 Nm torque while the 1.2 liter, 3 cylinder U2 CRDi engine produces 75 PS power and 190 Nm torque mated to AMT gearbox.

Following launch in India, the new Hyundai Grand i10 will compete with the Maruti Swift. Expect it to be priced in the region of Rs 4-5 lakhs.