The 2019 Kawasaki Ninja ZX10R range has been introduced with significant technical updates in addition to the usual color schemes renewal. The updated family which comprises three variants namely ZX10R, ZX10RR and ZX10R SE, is expected to reach showrooms in international markets later this month.

The most important update comes in the form of a heavily improved powertrain. The famous 998 cc in-line four-cylinder configuration remains intact but the valvetrain benefits from massive redesigning. The motor now employs finger follower camshaft for valve actuation which is claimed to reduce the mass of the valvetrain by a good 20%. The result is an engine that can rev higher than before. The motor also receives a redesigned cylinder head. 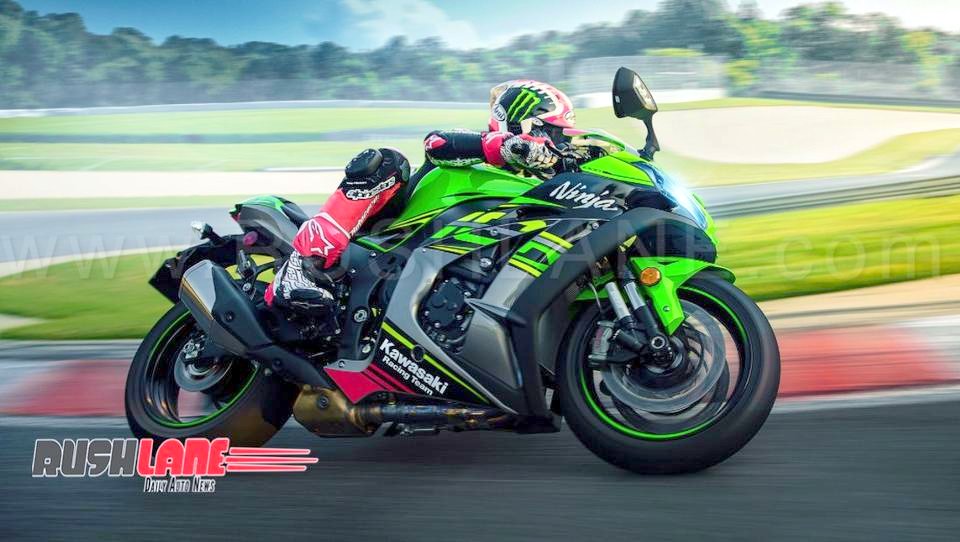 A red-painted cam cover helps people identify the updated engine. On board the ZX-10RR which is a homologated race version, the motor further benefits from titanium connecting rods which result in weight reduction of 400 grams. This version of the engine can rev higher by 600 rpm, making it beneficial for the WSBK machine. Thanks to the updates, the standard ZX10R now produces 200 bhp (2.8 bhp more than the outgoing version) while the race-ready ZX10RR puts out 201 bhp without ram-air intake (1 bhp more).

All the three variants continue to use the same chassis which is equipped with adjustable inverted telescopic front fork and monoshock rear suspension. The ZX10RR has been given a suspension tweak for improved handling on the racetrack. Another noteworthy technical update is a bi-directional quick-shifter which is standard even on the base ZX10R.

Aesthetic updates are limited to color scheme changes. The 2019 Kawasaki Ninja ZX10R sports KRT livery (black-green) with red accents on the belly and top edges of the front fairing. The Ninja ZX10RR is available only in Kawasaki green with black lettering.

The funky Ninja ZX10R SE adopts a predominantly black livery with sporty green accents like the previous model but this time, the green accents are found on the seats as well. Moreover, the SE boasts of Kawasaki’s Highly Durable Paint technology that can self-heal minor scratches.

Just like the Ninja H2 range, which was launched within a few weeks in India after its global launch, same is expected of the 2019 Kawasaki Ninja ZX10R range. Expect price to receive a slight bump, thanks to the addition of features.