Also known as ‘The Scalpel’, 2019 KTM 790 Duke will be launched in very soon. Ahead of its launch, 790 Duke has been spotted for the first time in the country. Spy shots seem to have been taken at a place that looks like a dealership. It’s not very clear, but since one can see Pulsar bikes in the background, it suggests that the facility may be a Bajaj dealership.

Duke 790 will be imported in India via the CKD route. However, the company will surely be looking for a certain level of localization to reduce costs and to comply with government policies. All other KTM bikes such as KTM Duke and RC 125, 200, 250, 390 are produced locally. 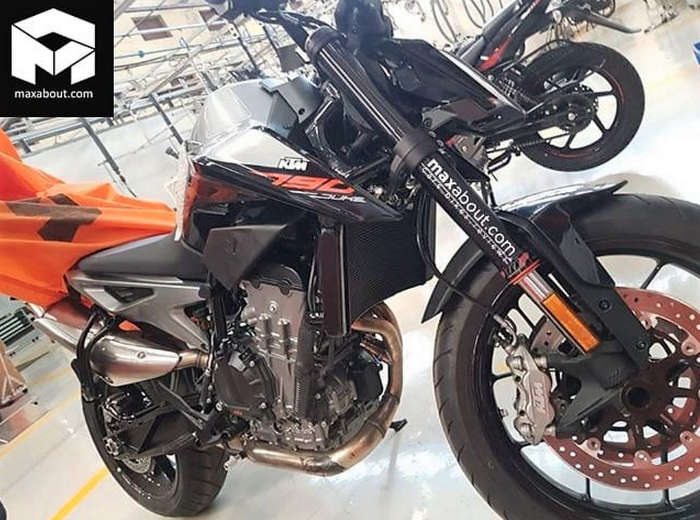 Engine is mated to a 6-speed transmission. The bike also has a slipper clutch that ensures seamless gearshifts. Exhaust is placed at an elevated angle that increases ground clearance and complements the bike’s stylish looks. It is also functionally relevant, as it helps comply with emission norms and improves tractable torque curve. 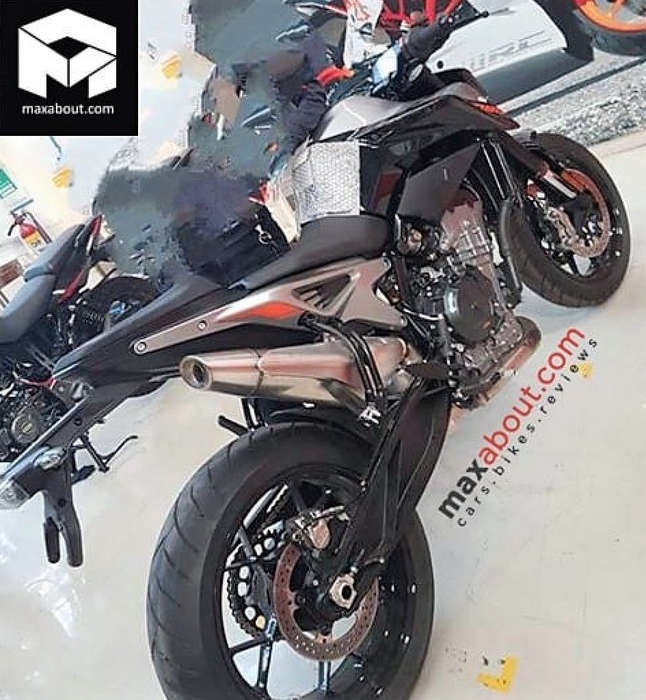 Estimated price of KTM 790 Duke is Rs 8 lakh. If sales are good, KTM could think about manufacturing the bike locally, just like other KTMs in India. This will help bring costs down, to a considerable level. 790 Duke will be positioned above the single-cylinder 390 Duke in the company line-ip in India, and will compete with other bikes in the middle-range naked bike segment such as Triumph Street Triple S and Ducati Monster.